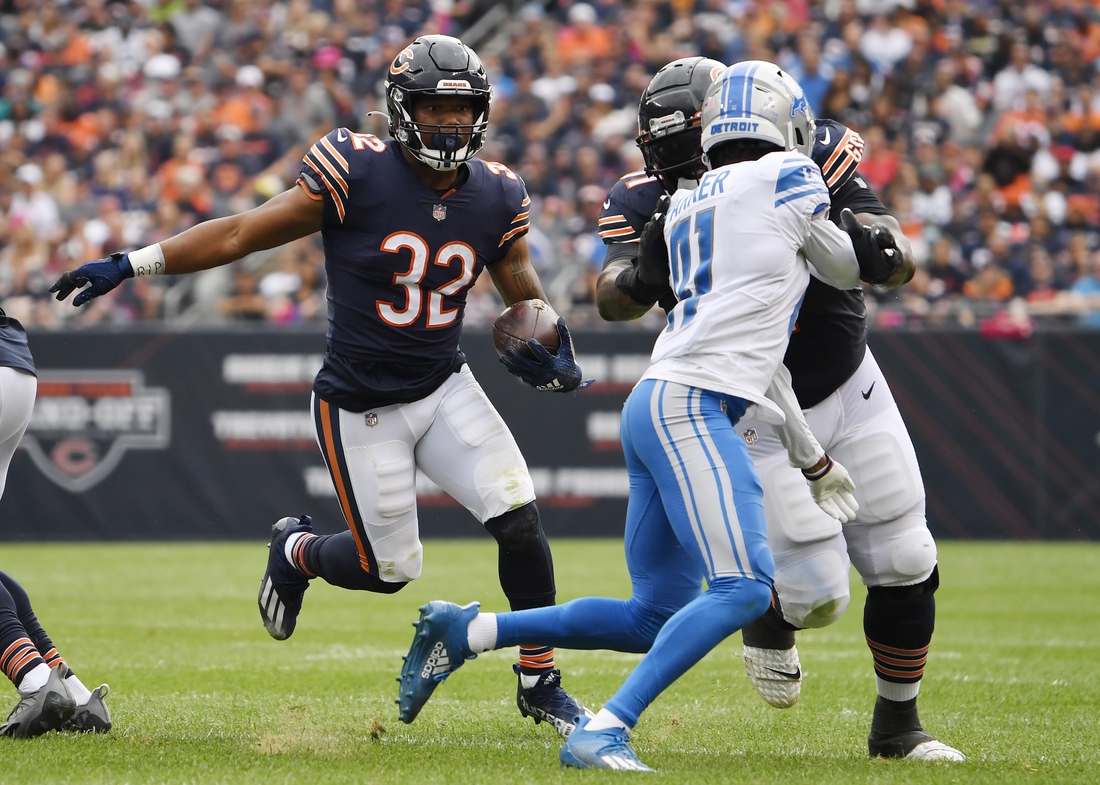 Montgomery exited Sunday’s 24-14 victory against the Detroit Lions in the fourth quarter. He rushed for 106 yards and two touchdowns on 23 carries.

The 100-yard outing was his second of the season. Montgomery leads the Bears with 309 rushing yards and three scores and has six catches for 49 yards.

With Montgomery out, the Bears have Damien Williams and rookie Khalil Herbert on their 53-man roster at running back. Williams, 29, has 114 yards from scrimmage and one TD this season and could be in line to start next Sunday for the Bears (2-2) at the Las Vegas Raiders (3-1).

Chicago added some depth at receiver on Tuesday, acquiring 5-foot-7 Jakeem Grant from the Miami Dolphins for a 2023 sixth-round pick, the teams announced.

Grant primarily has served as a returner during his five-plus seasons in Miami, running back three punts and two kickoffs for touchdowns over the course of his career. Grant has also caught 91 passes for 1,001 yards and five touchdowns as a receiver.