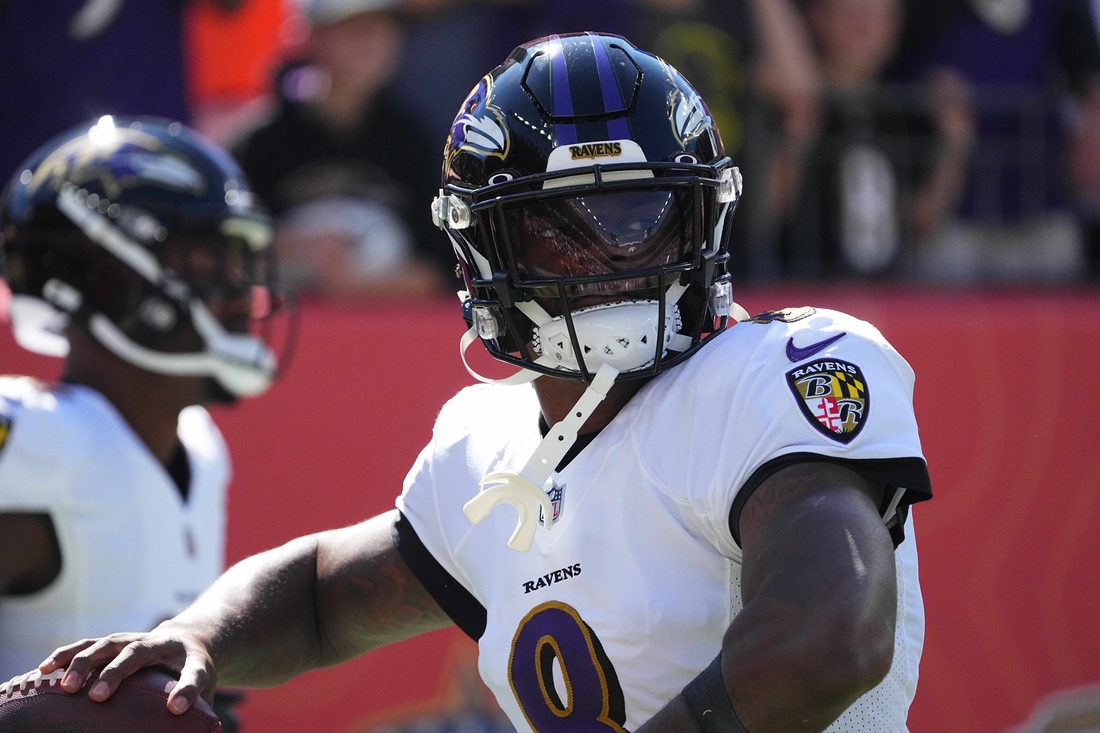 The Baltimore Ravens are always bullish on running the football. Now a record is on the line when they host the Indianapolis Colts on Monday night.

The Ravens (3-1) are looking to rush for at least 100 yards for the 44th consecutive game. They are tied with the Pittsburgh Steelers (1974-77), a team that featured future Hall of Famer Franco Harris as the star back.

Quarterback Lamar Jackson is the leader of Baltimore’s third-ranked ground game (164.5 yards per game), and it was his 5-yard gain on the final play of last weekend’s 23-7 win over Denver that pushed the team rushing total to 102. It tied the record but drew the ire of Broncos coach Vic Fangio, who sharply criticized the Ravens.

Jackson said he didn’t know there was such a record until a couple days prior to playing the Broncos.

“I’m not looking up the records and saying, ‘Dang, what record should we break this week?'” Jackson told reporters, adding a chuckle. “It just happened to happen. We’ve been working hard. We’re trying to get yards on the field, trying to score touchdowns, and we end up breaking records doing that.”

Jackson made it clear the record will be on his mind against the Colts (1-3).

“It would mean a lot, because we’ve been doing it ever since I’ve been (the starter),” said Jackson, a first-round draft choice in 2018 who made his first career start in Game 1 of the streak.

Jackson has rushed for a team-high 279 yards but veteran defensive end Calais Campbell was more impressed with Jackson’s arm than his legs against Denver.

Jackson passed for 316 yards, just the second time in the regular season and third time overall that he has topped 300.

“It’s important to be able to win multiple ways and [with] whatever is required,” Campbell told reporters. “We know if we have to throw the ball for 300 yards, we can. If teams are going to stack the box and make it hard on us to run, which is good football, we know that Lamar can get the job done.”

Indianapolis picked up its first win of the season by posting a 27-17 road win over the Miami Dolphins last weekend.

Quarterback Carson Wentz had an efficient outing by completing 24 of 32 passes for 228 yards and two touchdowns. He also didn’t throw an interception and has been picked off just once this season after tossing a career-worst 15 (tied for most in the NFL) in 12 games for the Philadelphia Eagles last season.

“I’m never trying to force anything,” Wentz said of avoiding miscues. “Trying to make a big play when it’s there. But otherwise, play smart and keep moving the chains.”

Colts coach Frank Reich said that the way Wentz is taking care of the ball will allow the team to seek out big plays later in the season.

“He’s playing the position in a good manner,” Reich said. “Now it’s just a question of continuing to make the plays we know he’s capable of making, plays that are big plays in games.

“Now you gotta pick the pace up on that without giving back too much on the other side. Because it’s always a risk/reward — you take chances making plays and it’s always a chance that you’re putting things at risk.”