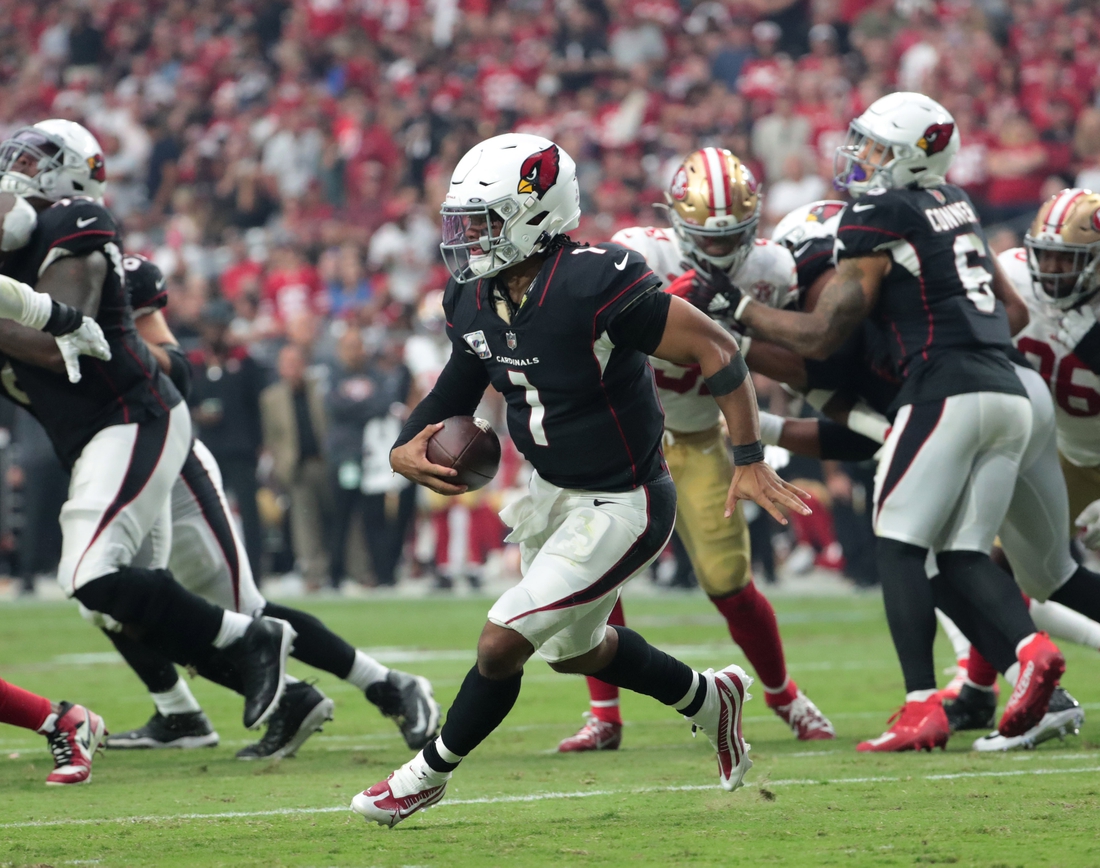 The victory avenged the Bills’ 38-24 loss to the Chiefs in last year’s AFC championship game and kept Buffalo (4-1) in charge of the AFC East. Kansas City (2-3) lost its second straight at home and fell into last place in the AFC West.

A line of thunderstorms prompted a 62-minute delay at halftime. Rain persisted in the second half.

Allen connected on 15 of 26 passes, averaging 12.1 yards per attempt while engineering the Bills to an 8.1-yard average per snap. Dawson Knox caught three passes for 117 yards with one touchdown, while Emmanuel Sanders had two TD grabs, including an 8-yarder for a 38-20 margin with 5:51 remaining.

Buffalo’s sticky defense provided a TD off a 26-yard interception return by Micah Hyde for a 31-13 third-quarter lead. Greg Rousseau also snagged a pick as the Bills rattled Mahomes, who passed for 272 yards and rushed for 61 but also lost a fumbled snap while going 33 of 54. Chiefs running back Clyde Edwards-Helaire left in the third quarter with an apparent knee injury.

Lance got the better of rival Kyler Murray in total yards, but the Arizona star threw a 9-yard touchdown pass to DeAndre Hopkins with 5:13 remaining to allow the Cardinals (5-0) to retain their status as the league’s only unbeaten team.

Lance, the No. 3 overall pick of this year’s draft, went 15-for-29 for 192 yards and an interception and added a game-high 89 rushing yards on 16 carries. Deebo Samuel scored on a 13-yard run in the third quarter for the 49ers (2-3). Murray got the better of the passing numbers, going 22-for-31 for 239 yards, but was hemmed in most of the day by the San Francisco defense and limited to one yard on seven runs.

Justin Herbert finished with a career-high 398 passing yards and completed 26 of 43 passes for the Chargers (4-1). Herbert threw four touchdown passes and no interceptions. He also ran for a score.

Cleveland running backs Nick Chubb (161 yards) and Kareem Hunt (61) combined for three touchdowns, including a 52-yard scoring burst for Chubb. Baker Mayfield completed 23 of 32 passes for 305 yards and two scores. David Njoku led the Browns (3-2) with seven receptions for 149 receiving yards, including a 71-yard run and catch for a score.

Dak Prescott threw for 302 yards and three touchdowns as Dallas overcame a slew of first-half mistakes to knock off shorthanded New York in Arlington, Texas.

Prescott completed 22 of 32 passes, making up for a sloppy first half in which he tossed an interception and lost a fumble. Ezekiel Elliott added 110 yards and a late touchdown on 21 rushes as Dallas (4-1) assumed a two-game lead on Philadelphia and Washington in the NFC East.

New York hung with the Cowboys for just over a half before its injury-riddled offense simply couldn’t keep pace. The Giants (1-4) lost running back Saquon Barkley (ankle), quarterback Daniel Jones (concussion) and receiver Kenny Golladay in the first half.

Matt Ryan became the seventh NFL player to complete 5,000 passes in his career as he threw for 342 yards and two touchdowns to lift Atlanta over New York in London.

Reigning NFL Rookie of the Week Zach Wilson completed 19 of 32 passes 192 yards and one interception for New York (1-4).

Chase Claypool had five catches for 130 yards and a touchdown and Diontae Johnson had 72 yards receiving and a score for the Steelers (2-3). Harris rushed 23 times and Roethlisberger completed 15 of 25 passes.

Teddy Bridgewater was 24-of-38 passing for 288 yards and two touchdowns, and Courtland Sutton had seven receptions for 120 yards and a score for Denver (3-2).

Nick Folk drilled a 21-yard field goal with 15 seconds remaining and New England rallied past from 13 points down early in the third quarter to host Houston.

Folk, who missed a PAT following the first Patriots touchdown, finished 4-of-4 on field goals, including a pair of 52-yarders. The Patriots (2-3) rallied behind rookie quarterback Mac Jones, who passed for 231 yards and a 13-yard touchdown to Hunter Henry early in the fourth quarter, plus a serviceable ground attack.

Texans rookie quarterback Davis Mills passed for 312 yards and three touchdowns, including a 37-yarder to Chris Conley on a flea-flicker for a 22-9 lead early in the third.

Tom Brady passed for 411 yards and matched his season high of five touchdowns to lead Tampa Bay to victory over visiting Miami.

Antonio Brown caught seven passes for 124 yards and two scores and Mike Evans had six receptions for 113 yards and two touchdowns for Tampa Bay (4-1). Brown became the fastest player in NFL history to reach 900 career receptions. He reached the milestone in his 143rd game, topping Hall of Famer Marvin Harrison (149).

Jacoby Brissett was 27-of-39 passing for 275 yards, two touchdowns and one interception for the Dolphins (1-4). Myles Gaskin caught two scoring passes for the second time in his career and collected a career-high 10 receptions while accumulating 99 total yards.

Jalen Hurts ran for a 6-yard touchdown and threw a two-point conversion pass with 2:38 remaining as Philadelphia took the lead for the first time en route to beating Carolina in Charlotte, N.C.

Hurts had two touchdown runs and was 22-for-37 for 198 passing yards with an interception as the Eagles (2-3) snapped a three-game skid.

Panthers quarterback Sam Darnold was shaky, going 21-for-37 for 177 yards with a touchdown throw and three interceptions. Running back Chuba Hubbard gained 101 yards on 24 carries, and Zane Gonzalez kicked three field goals for Carolina (3-2), which lost its second game in a row.

A pair of pass plays from Kirk Cousins (25 of 34 for 275 yards) to Adam Thielen totaling 40 yards set up the winning kick. Detroit had gone ahead with 37 seconds remaining on D’Andre Swift’s scoring run and a two-point conversion pass.

Minnesota (2-3) defeated Detroit (0-5) for the eighth consecutive time. Alexander Mattison rushed for 113 yards and also caught a touchdown pass from Cousins. Mattison started in place of Dalvin Cook, who was inactive due to an ankle injury.

Henry finished with 130 yards on 29 carries, his fourth straight 100-yard game, as Tennessee (3-2) maintained its AFC South lead. Ryan Tannehill completed 14 of 22 passes for 197 yards, hitting five passes for 20 yards or more against a defense stacked to stop Henry.

Trevor Lawrence connected on 23 of 33 passes for 273 yards for the Jaguars (0-5), accounting for a touchdown with his arm and his legs. Jacksonville also got a career-high 149 yards and a score from James Robinson on just 18 rushes.

Mason Crosby kicked a 49-yard field goal with 1:55 left in overtime to give Green Bay an overtime win over host Cincinnati.

Jameis Winston threw four touchdown passes, including a Hail Mary 49-yarder at the end of the first half, as visiting New Orleans defeated Washington.

Winston completed 15 of 30 passes for 279 yards and overcame an interception and a lost fumble to lead the Saints (3-2). Two of his touchdown passes went to Marquez Callaway and one each went to Alvin Kamara, who also rushed for a touchdown, and Deonte Harris.

Antonio Gibson ran for two touchdowns and Taylor Heinicke completed 20 of 41 for 248 yards with two interceptions for Washington (2-3).

Justin Fields passed for 111 yards and a touchdown to lead visiting Chicago to a victory over Las Vegas.
.
Fields completed 12-of-20 passes in his first start since being named the permanent starter for the Bears (3-2), who got plenty of help from a ground game that rolled up 143 yards. Khalil Herbert, a rookie from Virginia Tech, led the way with 75 yards on 18 carries, while Damien Williams rushed for 64 yards and a touchdown.

Roquan Smith had 10 tackles and Khalil Mack had eight tackles and a sack to lead Chicago’s defense, which held Las Vegas, which was averaging 406.5 yards in total offense, to just 259 yards.