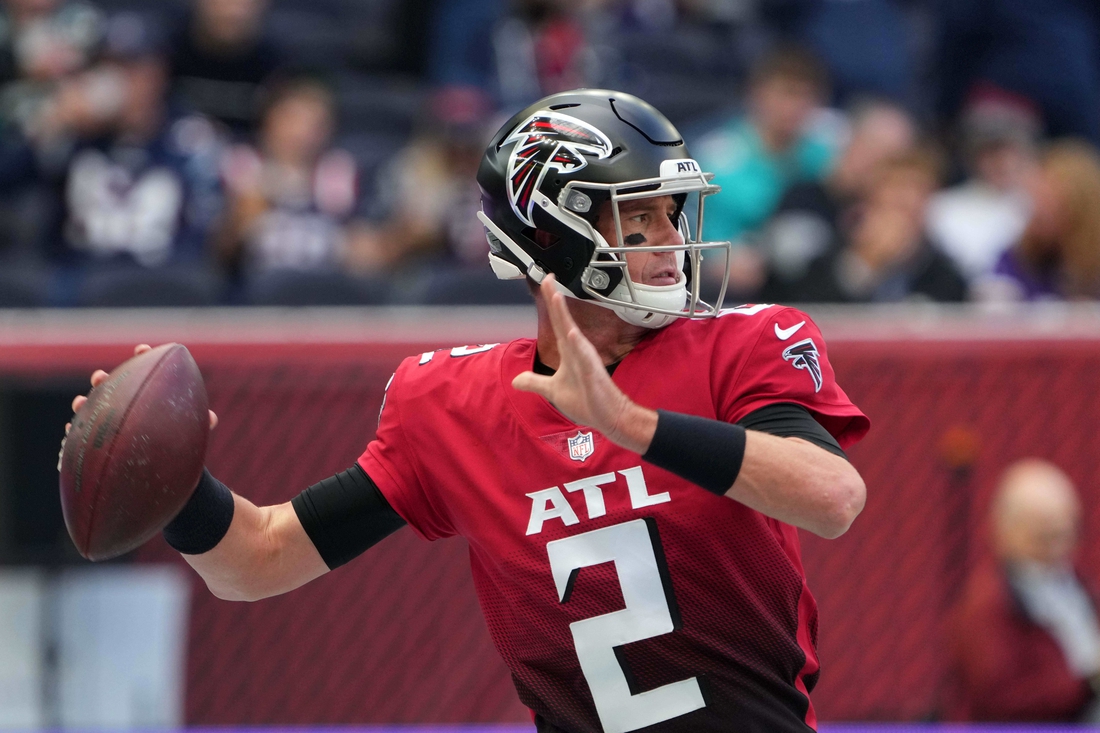 Matt Ryan threw for 342 yards and two touchdowns to lift the Atlanta Falcons to a 27-20 victory over the New York Jets on Sunday in London.

Reigning NFL Rookie of the Week Zach Wilson completed 19 of 32 passes 192 yards and one interception for New York (1-4).

Tevin Coleman opened the second half with a 65-yard kick return to ignite the Jets. Ty Johnson and rookie Michael Carter scored from 1 and 2 yards out, respectively, to trim Atlanta’s lead to 20-17.

Mike Davis rushed in from 3 yards out on the ensuing drive with 2:19 remaining in the fourth quarter to give the Falcons a 27-17 lead.

Matt Ammendola’s 49-yard field goal trimmed the deficit with 17 seconds left, but the Falcons recovered the onside kick to end the game.

Atlanta benefited from a roughing the passer penalty, and Cordarrelle Patterson converted a fourth-and-1 play to set up the game’s first score midway through the first quarter. Younghoe Koo drilled a 31-yard field goal to complete a 14-play, 62-yard drive.

New York went three-and-out on the next possession and Atlanta capped a 10-play, 92-yard drive after Pitts beat defensive end John Franklin-Myers for an easy 2-yard touchdown. The touchdown was the first for the fourth overall pick of the 2021 NFL Draft.

Pitts made a one-handed catch for 22 yards on the ensuing Falcons’ possession, leading to Hurst’s 17-yard touchdown reception. The touchdown was the first of the season for Hurst.

Jaylinn Hawkins’ first career interception on the ensuing drive set up Atlanta at the Jets’ 34-yard line. Hurst, however, fumbled the ball while fighting for extra yards to end that threat.

Ammendola capped New York’s 16-play drive with a 31-yard field goal for the Jets’ first score, but Koo answered with a 52-yard kick as time expired to give Atlanta a 20-3 lead at halftime.