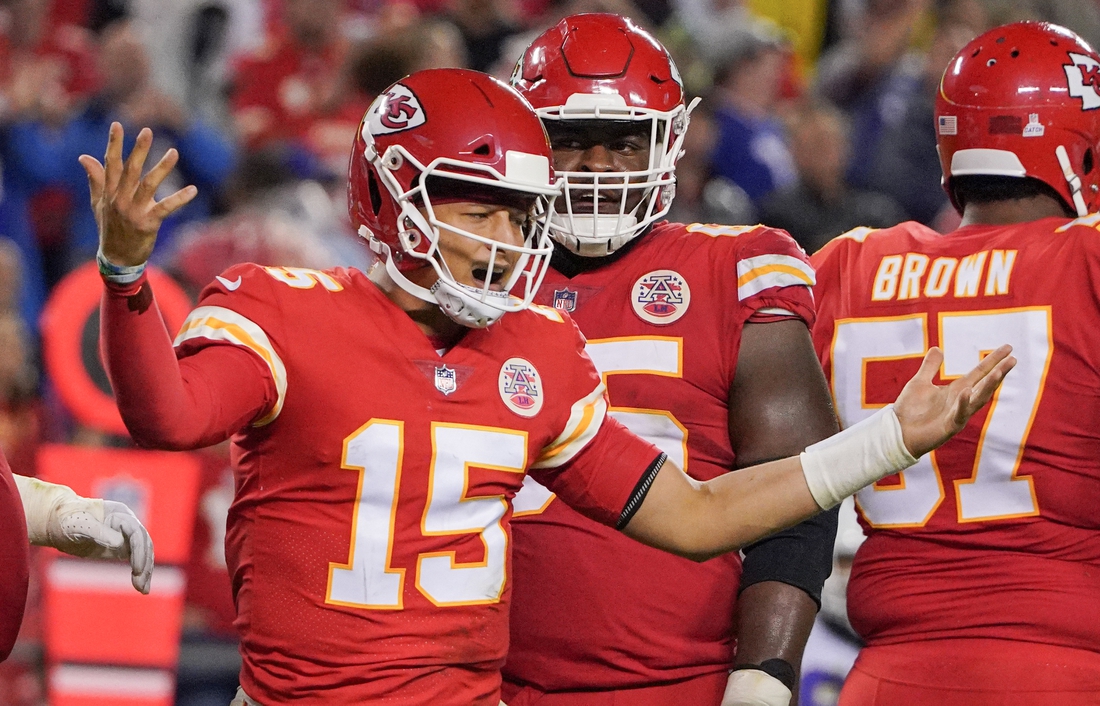 The Kansas City Chiefs are looking nothing like the top team in the AFC, a distinction they enjoyed winning conference titles each of the last two seasons.

The result is Kansas City (2-3) occupies last place in the AFC West entering a matchup Sunday against the Washington Football Team (2-3).

“The production is there. It’s the turnovers that we’ve got to take care of,” Chiefs coach Andy Reid said.

That much is true about the offense. If Kansas City can execute in the efficient fashion exhibited the previous three seasons behind Patrick Mahomes, it can shred virtually any defense.

“We’re moving the ball down the field at a high rate,” Mahomes said. “Once you have turnovers happen it kind of ruins everything. It takes that great offense and just knocks it down to an average one.”

The Chiefs are tied with Jacksonville for a league-worst 11 giveaways, including Mahomes’ six interceptions. Only the Jaguars have a worse turnover differential than the Chiefs (minus-7).

Sloppy play has raised questions about whether Mahomes and the offense are pressing to score points because the defense allows 7.1 yards per play and 32.6 points per game, marks that rank last in the league.

“Not at all,” Mahomes said. “We try to score every time we touch the football. That’s the precedent before I even started here. That’s my mindset going into every single game … It has nothing to do with what’s happening on the other side of the ball.”

Without elaborating on any of the Chiefs’ weapons, or even their shortcomings, Washington coach Ron Rivera expressed confidence in his team’s competitiveness.

“If we play to our abilities, we have a chance to win,” Rivera said.

Still, Rivera watches game film just like any other coach, and he has noticed as defenses attempt to prevent big plays by forcing the Chiefs to use their run game and force Mahomes to throw underneath coverage.

“You see some of these things that you can take advantage of and that you can use,” Rivera said. “That’s one of the things that happens is (defenses) do catch up. I do know their still explosive. They live and die with plays downfield and we’ve got to keep that in front of us.”

Washington pins its hopes on offensive performers who do not generate the same buzz as the prolific playmakers driving the Chiefs’ offense.

Injuries have riddled the offense in Washington. Offensive tackle Sam Cosmi (ankle), injured in Sunday’s loss to New Orleans, and guard Brandon Scherff (knee) are slowed along the Washington offensive line. Gibson (shin) did not practice Wednesday, while injuries continue to impact the team’s wideouts.