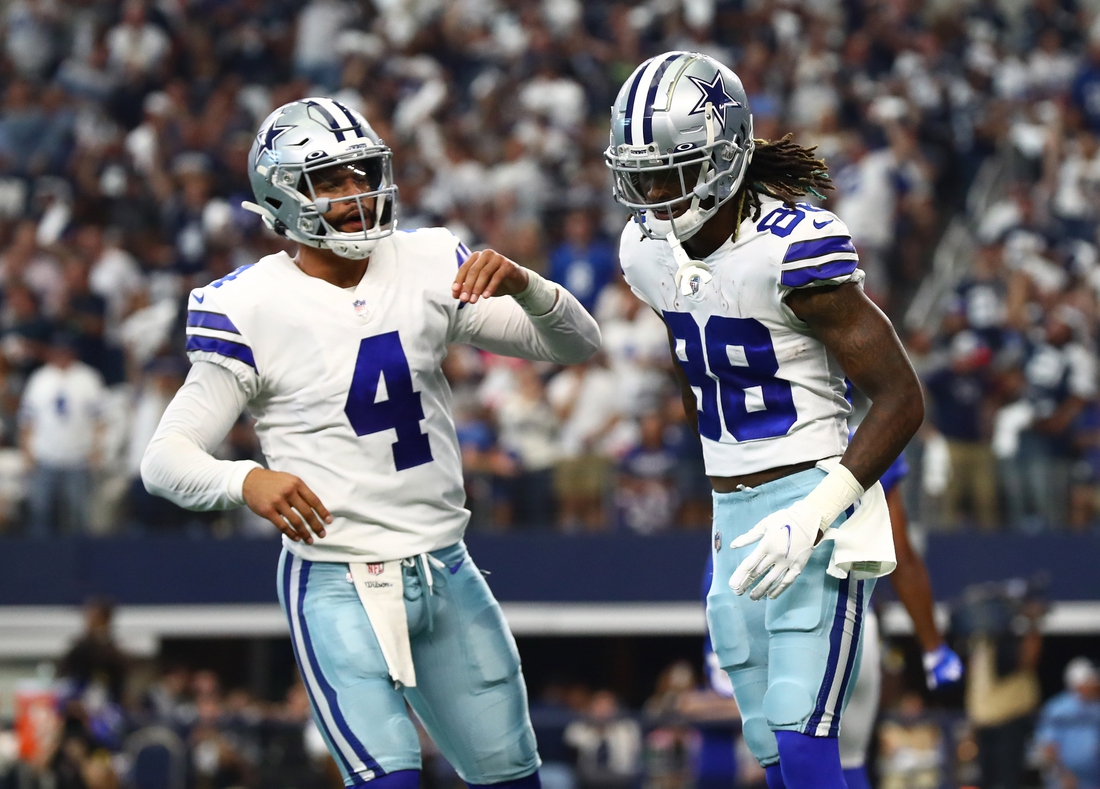 Up-and-comer Mac Jones and the New England Patriots will complete their Texas two-step when they host Dak Prescott and the surging Dallas Cowboys on Sunday afternoon in Foxborough, Mass.

New England (2-3) pulled out a last-minute win on the road against a struggling Houston team last week as Nick Folk’s 21-yard field goal with 15 seconds remaining lifted the Patriots, 25-22.

Folk made all four of his field goals tries with a long of 52 yards — twice — en route to earning AFC specialist of the week honors. Jones was 23 of 30 for 231 yards passing with one touchdown and an interception for the Patriots, who rallied from a 22-9 third-quarter deficit.

Jones, a rookie, has displayed poise beyond his years in the pocket at times, but he still is averaging an interception per game with five picks on the season.

With nearly one third of the regular season in the books, the Patriots rank 20th in the league in passing yardage (239.8 yards per game) and are 26th in scoring (19.2 points per game).

“We just want to try to be as aggressive as we can be to try to score, but also be smart in those situations if there’s really nothing there,” Patriots offensive coordinator Josh McDaniels said of Jones’ approach. “(Mac is) learning from each one; he learns by series, honestly.”

New England’s defense — which ranks fifth in both yards (317.6) and points (18.4) allowed per game — will have its work cut out against Prescott and a Cowboys team that has won four straight.

Dallas (4-1) has scored 36 or more points in its last three victories while the resurgent Prescott has racked up 965 passing yards and 10 touchdowns opposite just two interceptions during the team’s winning streak.

“We’ve got to keep them off the board, try to get stops, try to make Dak read some defense and hold the ball a little longer so we can get to him,” said Patriots linebacker Matt Judon, whose 6 1/2 sacks are tied for second-most in the NFL.

Prescott threw for 302 yards, three touchdowns and an interception in the Cowboys’ 44-20 home rout of the New York Giants last week, on the one-year anniversary of his severe season-ending ankle injury that he suffered against the Giants.

“The system’s built around making the quarterback successful — and it starts there and it ends there,” Cowboys coach Mike McCarthy said. “So the ball needs to be spread around, and Dak’s doing a tremendous job of that.”

Under Prescott’s direction, Dallas ranks second in the league in total yardage (439.6 per game) and points (34 per game). The Cowboys also boast the NFL’s second-best rushing attack (172.8 yards per game) thanks to the league’s third-leading rusher Ezekiel Elliott, who has 452 yards and five scores in five games.

“I am encouraged that our best football is ahead of us,” Elliott said. “Right now, we’re not peaking. It’s a long season, and we want to make sure we’re peaking at the right time.”