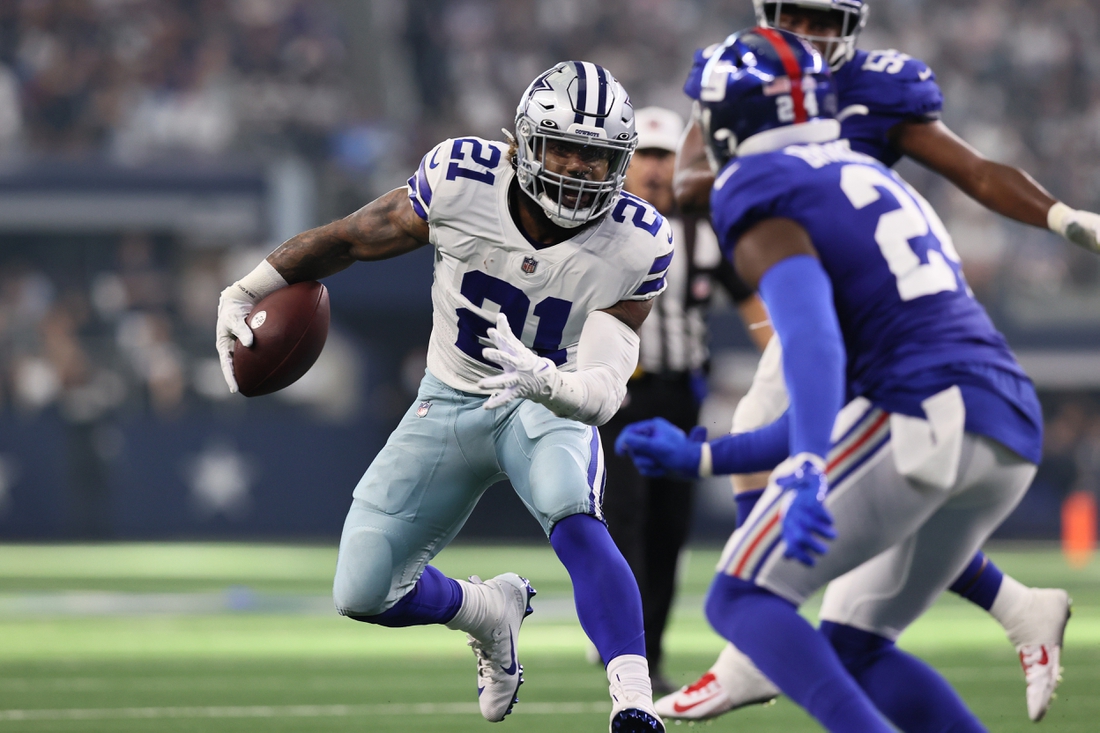 Dak Prescott threw for 302 yards and three touchdowns Sunday as the Dallas Cowboys overcame a slew of first half mistakes to knock off the shorthanded New York Giants 44-20 in Arlington, Texas.

Prescott completed 22 of 32 passes, making up for a sloppy first half in which he tossed an interception and lost a fumble. Ezekiel Elliott added 110 yards and a late touchdown on 21 rushes as Dallas (4-1) assumed a two-game lead on Philadelphia and Washington in the NFC East.

New York hung with the Cowboys for just over a half before its injury-riddled offense simply couldn’t keep pace. The Giants (1-4) lost running back Saquon Barkley (ankle), quarterback Daniel Jones (concussion) and receiver Kenny Golladay in the first half.

Rookie receiver Kadarius Toney tried to keep New York in contention with a career-high 10 catches for 189 yards before being ejected in the fourth quarter for throwing a punch. Backup quarterback Mike Glennon completed 16 of 25 passes for 196 yards and a late touchdown to Devontae Booker, but also tossed two interceptions, including a garbage time pick-six to Anthony Brown.

The Cowboys started the scoring with Greg Zuerlein’s 31-yard field goal at the 6:20 mark of the first quarter. They made it 10-0 when Prescott found CeeDee Lamb for a 49-yard touchdown pass with 12:06 left in the first half.

The Giants tied it with Graham Gano’s 51-yard field goal and a 1-yard touchdown run from Devontae Booker, but Dallas took the lead for good on Prescott’s 24-yard scoring strike to Amari Cooper 36 seconds before halftime.

After Gano bombed another 51-yard field goal on New York’s first possession of the second half, the Cowboys took over. Prescott flipped a 4-yard touchdown pass to Elliott and Zuerlein hit a 38-yard field goal to make it 27-13 after three quarters.

Elliott ended the competitive phase of the game with a 13-yard touchdown run with 7:34 left. After Booker’s second score, Zuerlein tacked on a 31-yard field goal with 1:53 remaining.