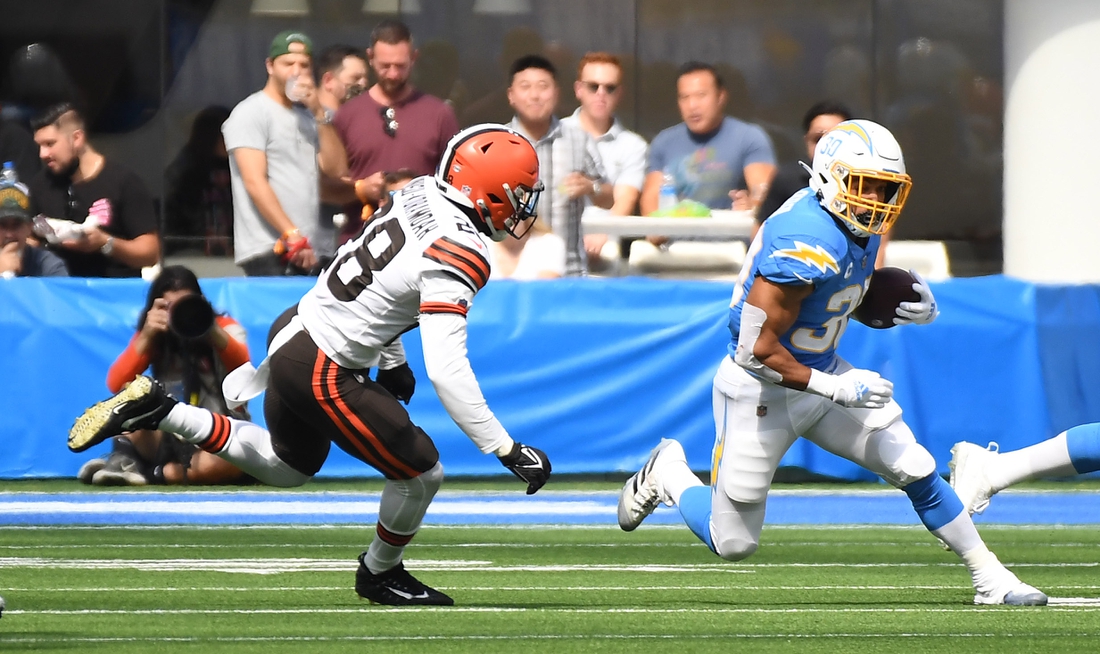 Browns rookie linebacker Jeremiah Owusu-Koramoah was released from a Los Angeles-area hospital Monday and cleared to fly back to Cleveland, according to reports.

He sustained a throat contusion during Sunday’s loss against the Los Angeles Chargers in Inglewood, Calif., that led to him being transported to a nearby hospital.

It wasn’t immediately clear when Owusu-Koramoah was injured.

Owusu-Koramoah, 21, made four tackles and forced a fumble in Sunday’s 47-42 loss. He has 21 tackles in five games (four starts) on the season.

He was a second-round draft choice after starring at Notre Dame.