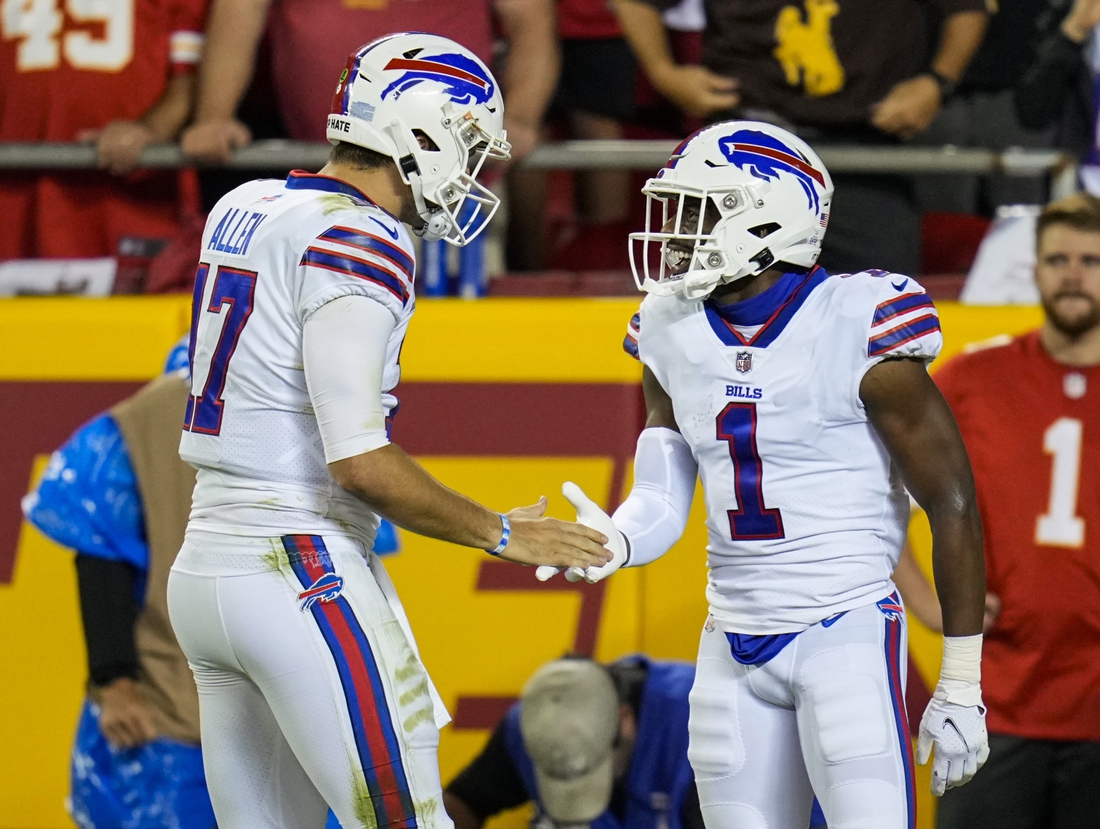 The victory avenged the Bills’ 38-24 loss to the Chiefs in last year’s AFC championship game and kept Buffalo (4-1) in charge of the AFC East. Kansas City (2-3) lost its second straight at home and fell into last place in the AFC West.

A line of thunderstorms prompted a 62-minute delay at halftime. Rain persisted in the second half.

Allen connected on 15 of 26 passes, averaging 12.1 yards per attempt while engineering the Bills to an 8.1-yard average per snap. Dawson Knox caught three passes for 117 yards with one touchdown, while Emmanuel Sanders had two TD grabs, including an 8-yarder for a 38-20 margin with 5:51 remaining.

Buffalo’s sticky defense provided a TD off a 26-yard interception return by Micah Hyde for a 31-13 third-quarter lead. Greg Rousseau also snagged a pick as the Bills rattled Mahomes, who passed for 272 yards and rushed for 61 but also lost a fumbled snap while going 33 of 54.

Chiefs running back Clyde Edwards-Helaire left in the third quarter with an apparent knee injury after rushing for 13 yards on seven carries.

The Bills overcame 10 penalties for 103 yards.

Allen carried for a 9-yard touchdown and connected with Sanders and Knox for scores of 35 and 53 yards, respectively, as Buffalo gained early control and led 24-13 at halftime.

The TD bomb to Knox, who slipped wide open behind Chiefs defender Dan Sorensen, came with 1:16 left, two plays after Mahomes and Kansas City failed to convert a fourth down on the Bills’ 32.

The Bills averaged 12 yards per snap in the half, with Allen passing for 219 yards and rushing for 41.

Allen drove the Bills into Kansas City territory on each of their five first-half drives. The 24 first-half plays the Bills executed generated 10 first downs and three touchdowns.

The Chiefs’ only TD of the half came on a 5-yard strike from Mahomes to Byron Pringle five minutes into the second quarter. A 17-play drive to begin the game netted only a field goal by Harrison Butker, who added a 54-yard boot with two seconds left in the first half.