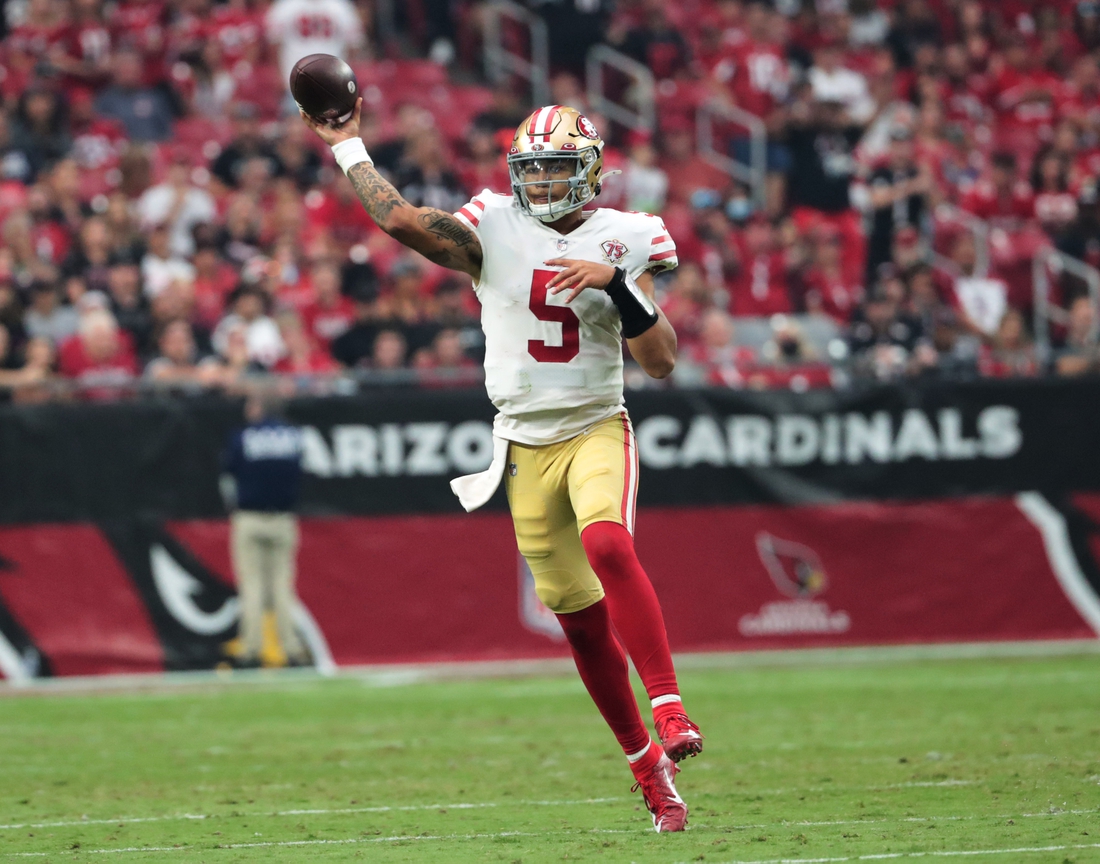 The 49ers (2-3) are idle this week before returning to action Oct. 24 against the visiting Indianapolis Colts. It’s unclear if either of their top two QBs will be ready for that contest.

Lance, a rookie first-round draft pick, got hurt Sunday in the 49ers’ 17-10 road loss to the Arizona Cardinals but played the entire game. He filled in for Garoppolo, who was sidelined due to a right calf injury.

“It’s not a long-term injury,” Shanahan said of Lance. “He’ll have to stay here on the bye week and get treatment and everything, so we should have a good idea by the end of the next week whether he has got a chance for Indy or not. If he doesn’t, they told me it should be like a one- to two-week thing but possibly just one.”

No. 3 quarterback Nate Sudfeld could be forced into duty if both Garoppolo and Lance are unavailable.

“I was messing with Trey and Jimmy that now Jimmy just got some company so they’ll be here, the both of them, the whole week so they have the best chance to be ready for (next) Monday when we all get back,” Shanahan said. “But I’m pumped to have Nate here. He was ready to go (Sunday) — he’s been ready to go every week. He’s as big of a pro as it gets. So if his number is called versus Indy, I know he will be ready.”

Lance, making his first NFL start Sunday, completed 15 of 29 passes for 192 yards with one interception and no touchdowns. He also ran for a game-high 89 yards on 16 carries.

“But it’s more of a decision than just which player do you want to go with. There’s a whole team here, there’s a lot more that goes into it and these three losses that we’ve had in a row, the answer good or bad, is not just the quarterback.”