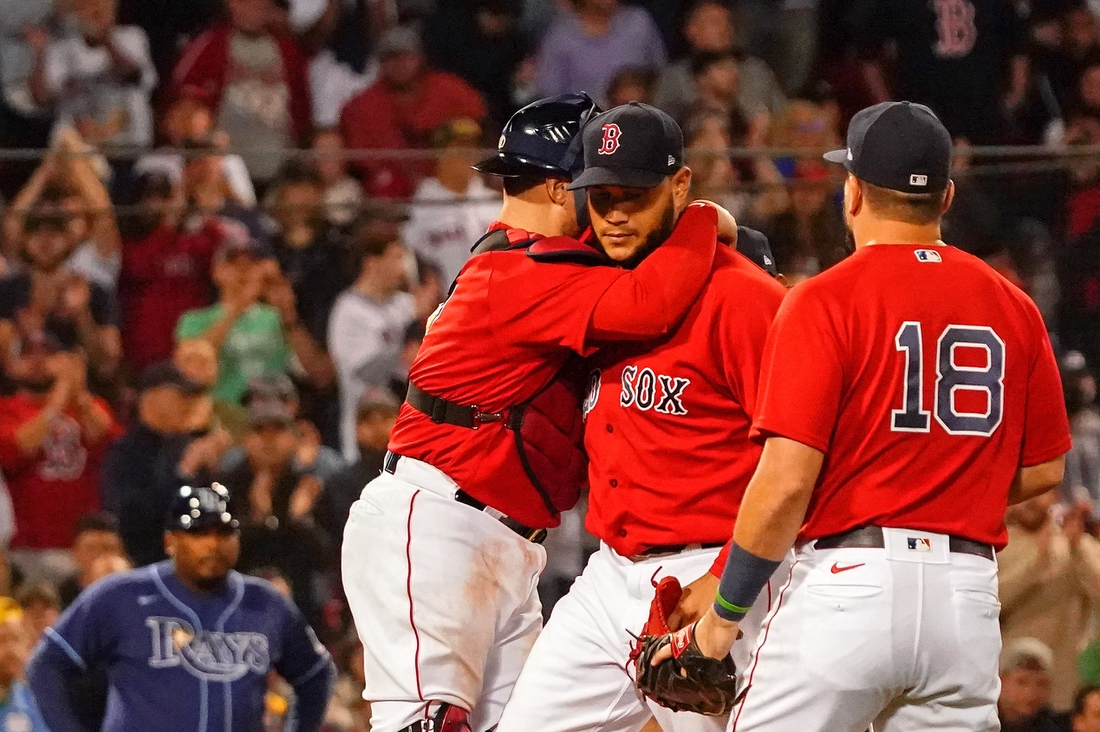 BOSTON — Enrique Hernandez hit a walk-off sacrifice fly in the ninth inning as the Boston Red Sox eliminated the Tampa Bay Rays with a 6-5 victory in Game 4 of the American League Division Series on Monday, punching their ticket to the AL Championship Series.

Christian Vazquez led off bottom of the ninth with a single and advanced to second on Christian Arroyo’s sacrifice bunt. Pinch hitter Travis Shaw reached on an infield single before pinch runner Danny Santana easily scored from third on Hernandez’s sac fly to left against Rays reliever J.P. Feyereisen (0-1).

Boston will face the winner of the other AL Division Series between the Houston Astros and Chicago White Sox in the AL Championship Series. Game 4 of that series is set for Tuesday afternoon after the contest was postponed due to the weather in Chicago on Monday. Houston leads the series 2-1.

The Red Sox are headed back to the ALCS for the first time since winning their ninth World Series title in 2018.

Rafael Devers hit a three-run homer in the Red Sox’s five-run third inning. Alex Verdugo had an RBI double and J.D. Martinez added an RBI single in the inning.

Whitlock said, “Just after we won, I took a second just to kind of step back, look at the crowd. It was a lot of fun to soak everything up and just enjoy the moment.”

Wander Franco had a two-run shot for his second homer in as many games for Tampa Bay, which overcame a 5-0 deficit. Austin Meadows, Kevin Kiermaier and Randy Arozarena each drove in a run for the Rays.

“Even when we got down 5-0, I just tried to keep telling everyone just have that calm energy. We’re going to be OK,” Kiermaier said. “(We) put another great comeback together — something we’ve done several times throughout the year. But they rallied there in the ninth and did what they had to do to win the game.”

Tampa Bay’s only victory in the series was a 5-0 win at home in Game 1 on Thursday. The Rays won a franchise-record 100 games during the regular season to claim their second straight AL East title and fourth overall.

“There’s no doubt there’s disappointment,” Rays manager Kevin Cash said. “Very proud of what was accomplished in the regular season, but we had high aspirations to get deep in this thing. We ran into a Red Sox team that just beat us.”

Meadows’ groundout in the fifth plated the Rays’ first run before Franco’s homer in the sixth made it 5-3. Kiermaier’s RBI double and Arozarena’s ensuing RBI single tied it in the eighth.