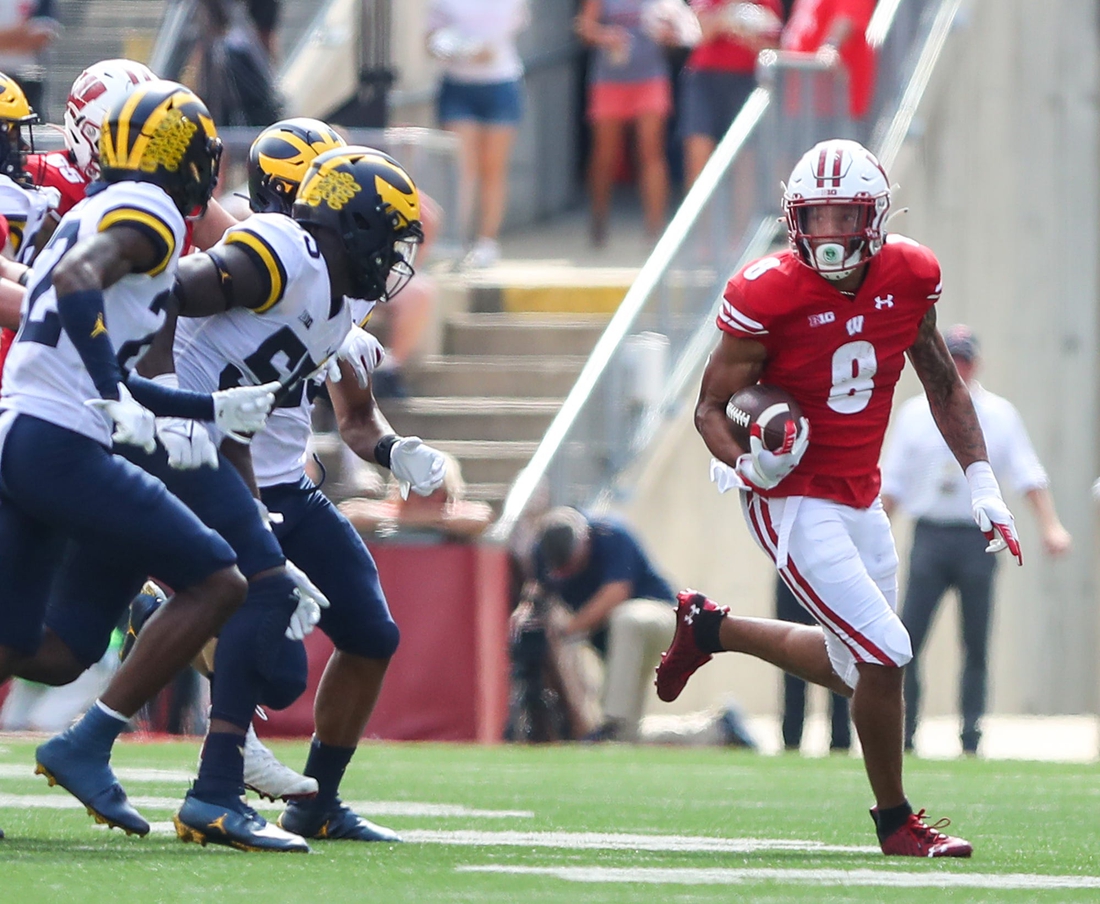 Berger did not play in Saturday’s 24-0 win at Illinois. He ranks fourth on the Badgers (2-3, 1-2 Big Ten) this season with 88 rushing yards in three games, with one touchdown. He caught two passes for 17 yards.

Berger was Wisconsin’s leading rusher in 2020 with 301 yards and two touchdowns on 60 carries, adding 13 yards on two receptions.

A native of Newark, N.J., Berger was a consensus four-star recruit in the Class of 2020. He was ranked as the No. 3 prospect in New Jersey and the No. 15 running back nationally by the 247Sports composite.