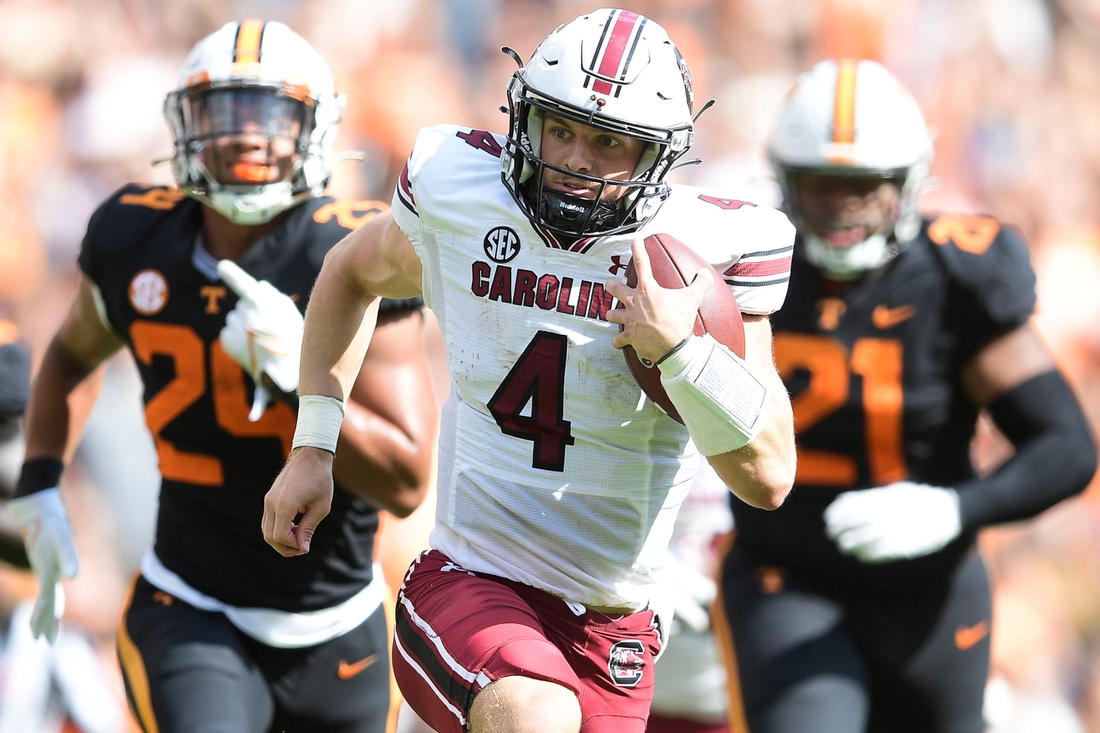 Either South Carolina or Vanderbilt will get a much-desired first Southeastern Conference victory for its first-year coach when the teams meet Saturday in Columbia, S.C.

The Gamecocks (3-3, 0-3 SEC), under rookie coach Shane Beamer, will be seeking a 13th straight victory in the series. South Carolina is coming off a 45-20 defeat at Tennessee.

The Commodores (2-4, 0-2) lost 42-0 at Florida last week. Clark Lea is in his first year as coach after three years as Notre Dame’s defensive coordinator.

Lea said his team and South Carolina aren’t necessarily similar just because of their records and rookie coaches.

“Every program’s different and every program is positioned differently, and different players and different situations,” Lea said. “I don’t think you can draw a lot of comparison that way. It’s two teams that are going to be fighting for a win on Saturday.”

During their weekly press conferences, the coaches both stressed optimism and the need to continue to improve.

One glaring weakness the Gamecocks hope to improve is the running game, which is compiling 124.5 yards per game. Since gaining 254 yards in a 46-0 season-opening win against Eastern Illinois, South Carolina hasn’t rushed for more than the 153 in last week’s loss at Tennessee.

Quarterback Luke Doty has led the offense since replacing Zeb Noland during the Week 3 loss at Georgia. Doty has completed 69 of 116 with three touchdowns and one interception.

“I’m not happy where we are — nobody is,” said Beamer, son of former Virginia Tech coach Frank Beamer. “But the group I was excited about coming into the season, we still are. They’re still there.”

Despite being shut out at Florida last week, Vanderbilt chalked up a few positives. Namely, the Commodores ran 80 plays offensively and were 8 of 20 on third down.

“We were good in spurts, but obviously good in spurts in this conference sets you up for a disappointing result,” said Lea, whose team is being outgained about 453 to 311.

South Carolina leads the series 26-4. The Gamecocks will be trying to capture their 100th win in the SEC, as they enter 99-137-1 for 30 years in the conference.