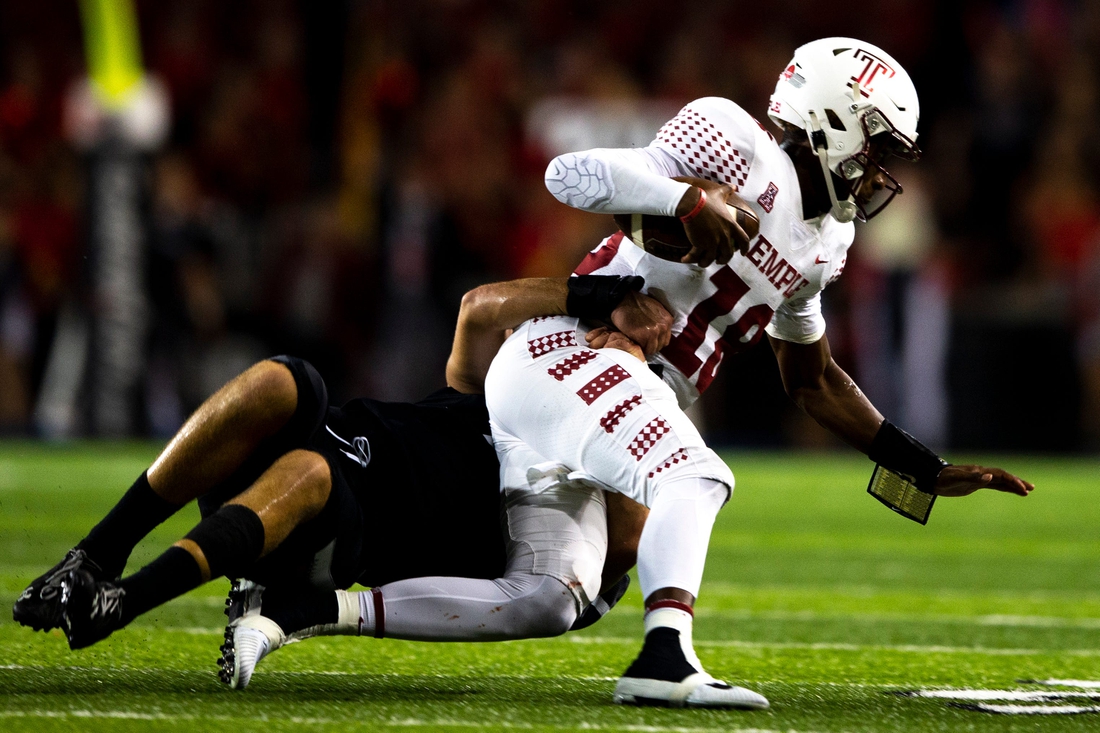 Desmond Ridder threw three touchdown passes as No. 5 Cincinnati followed one of the most significant games in program history by defeating visiting Temple 52-3 on Friday night.

Jerome Ford had a 75-yard touchdown run on the first snap of the second half for Cincinnati, which was coming off an upset of host Notre Dame on Oct. 2. Ford finished with 149 yards and two touchdowns on 15 carries.

Ridder completed 22 of 30 passes for 259 yards without an interception against a Temple defense that was allowing only 147.2 yards passing per game.

The Bearcats, who picked up their 23rd consecutive home victory, broke out to a 10-0 lead in the first quarter. The big play came when Cincinnati’s Ja’von Hicks recovered a fumble on an Owls punt return, giving the Bearcats the ball at the Temple 13.

Cincinnati stretched the lead in the second quarter with an 11-play drive covering 65 yards, capped by Ford’s 8-yard run.

Temple got on the board with 5:27 left in the second quarter on Rory Bell’s 55-yard field goal. However, the Owls ended up with just 81 yards of total offense in the first half.

The teams didn’t meet last year because their scheduled matchup was canceled due to COVID-19 protocols. Cincinnati beat visiting Temple 15-13 in 2019.