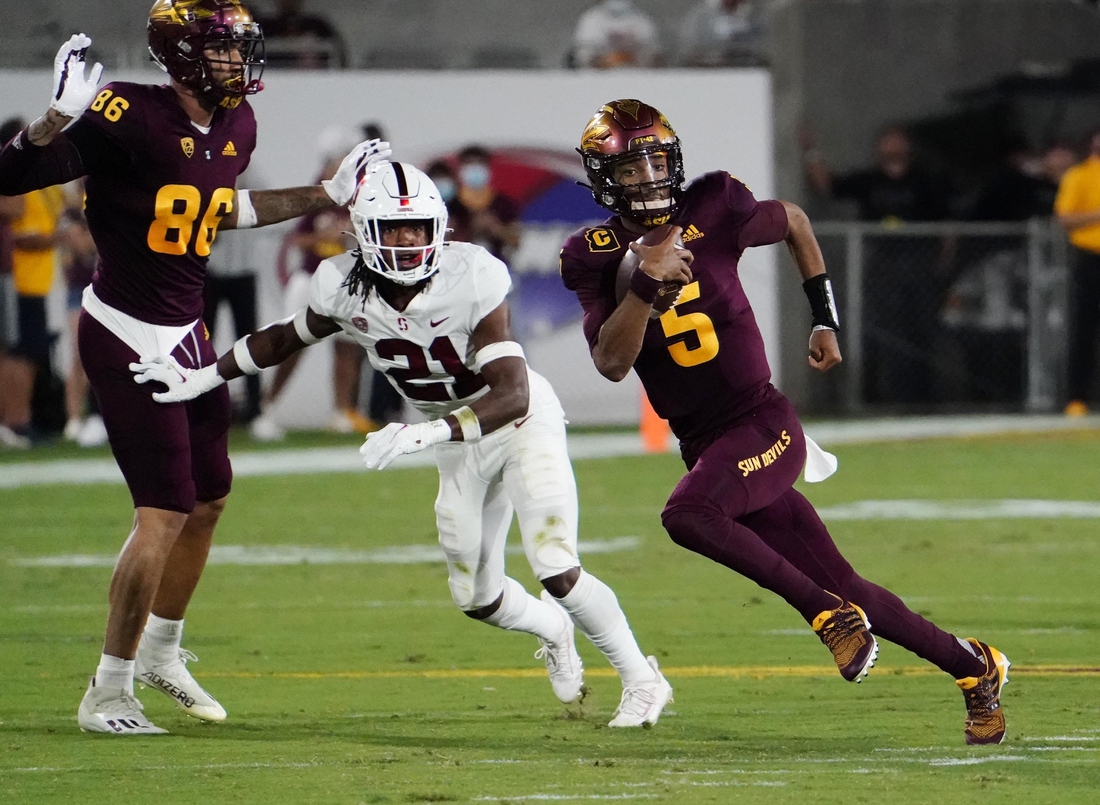 Jayden Daniels scored on a long run and DeAndre Pierce notched a defensive touchdown to lead No. 22 Arizona State to a 28-10 victory over Stanford in Pac-12 play on Friday night at Tempe, Ariz.

Rachaad White rushed for 96 yards and a touchdown and Elijhah Badger also had a rushing score for Arizona State. Jordan Clark, Jack Jones and Keon Markham had interceptions, and Tyler Johnson had two of the Sun Devils’ five sacks.

Arizona State outgained Stanford 255 to 9 on the ground. Overall, the Sun Devils had 430 yards to the Cardinal’s 365.

The next time the Cardinal had possession, McKee was intercepted by Jones. But as he was about to be tackled, Jones lateraled the ball to Pierce, who ran 27 yards for a touchdown to give Arizona State an 18-point lead with 2:38 left in the game.

Daniels passed for 114 yards and rushed for 66 in the first half as the Sun Devils took a 21-7 lead.

Daniels scored Arizona State’s first touchdown with his legs as he dropped back to pass and saw nothing but open space in front of him. He took off and easily scored on the 51-yard run with 7:12 left in the opening quarter.