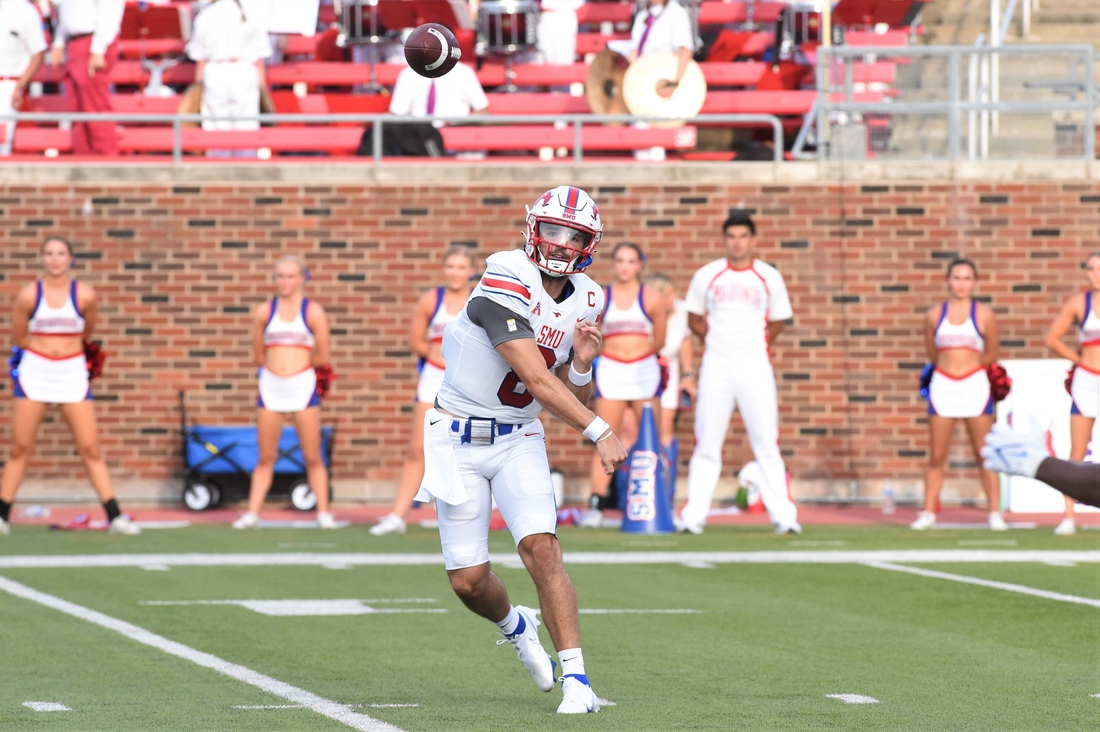 Among 17 unbeaten teams in FBS this season lurks No. 24 SMU, which quietly made its season debut in the Associated Press poll this week.

After going 33 years without cracking the Top 25, the Mustangs (5-0, 1-0 AAC) have earned a ranking in three consecutive seasons under coach Sonny Dykes.

SMU’s next test comes Saturday in Annapolis, Md., against Navy (1-3, 1-1), which is coming off an upset victory for its first win of the year.

“It’s just hard to win. There’s a lot of parity,” Dykes said after the Mustangs’ 41-17 win over South Florida, per the Dallas Morning News. “Everybody plays hard and everybody is well-coached. It’s just a smaller margin for error now than there ever has been in college football.”

SMU has scored at least 35 points in each of its five victories, thanks largely to quarterback Tanner Mordecai. The junior has thrown for 24 touchdowns, tops in the country, and leads the conference with 1,569 passing yards.

Mordecai is in his first season at SMU after transferring from Oklahoma, where he had backed up the likes of Kyler Murray, Jalen Hurts and Spencer Rattler.

“He’s done an unbelievable job,” Dykes said of Mordecai. “I think that’s the thing I’ve been most impressed with is just how well he’s handled being the guy. I think he enjoys it. He’s really good at it.”

SMU is 22-6 since the start of the 2019 season. Given how the conference standings are shaking out, the Mustangs could end up being the final ranked opponent that No. 5 Cincinnati must overcome in its quest to be the first Group of Five team to make the College Football Playoff. The two teams will meet Nov. 20.

Navy was a home underdog by up to 16 1/2 points going into last week’s game against UCF, but the Midshipmen scored 17 unanswered points in the fourth quarter to pull off a 34-30 upset.

Navy went with Lavatai over former starter Xavier Arline against UCF. Lavatai had returned to full health after missing the start of the season with a lower-body injury.

Famous for its triple-option offense, the Midshipmen had 76 total rushing attempts against Central Florida and just four pass attempts.

Navy leads the all-time series 13-9, but SMU has won two of the past three meetings. The Mustangs dropped 51 points on Navy in last year’s victory in Dallas.