NCAAF: No. 13 Arkansas, No. 17 Ole Miss meet with tough tasks behind them 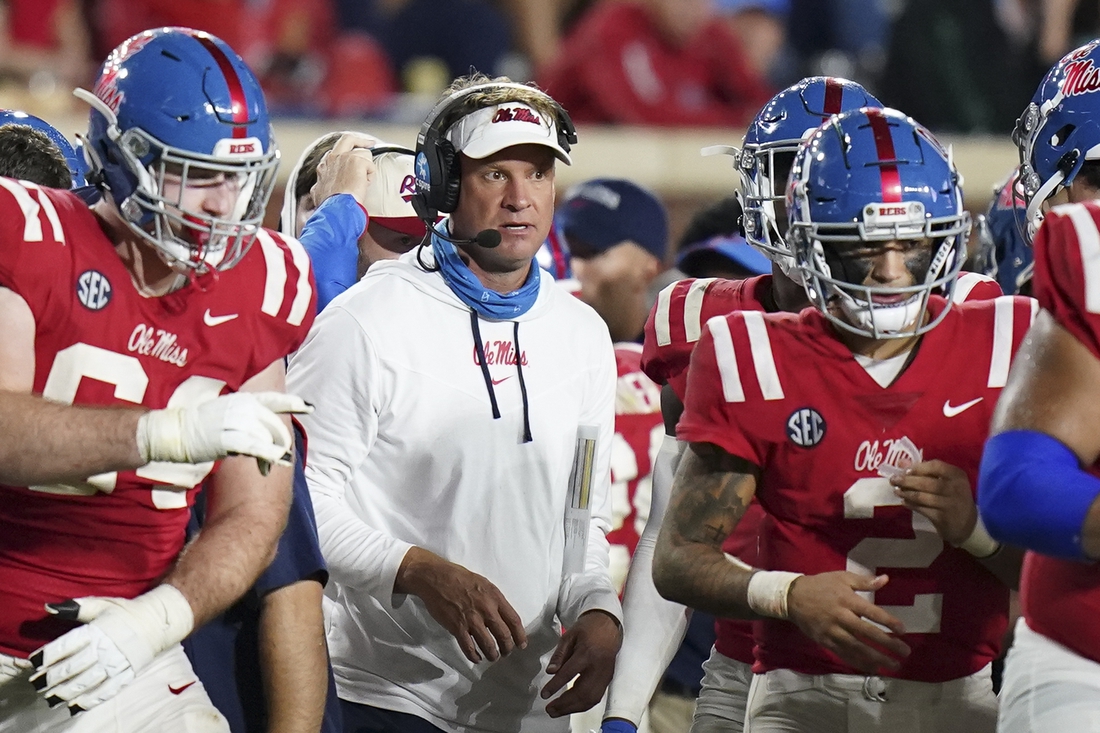 Following one-sided defeats against the nation’s top two teams last week, No. 13 Arkansas and No. 17 Ole Miss hope to return to the success they had before October arrived.

Both SEC teams lost for the first time this season and will square off in a West Division matchup Saturday at Oxford, Miss.

Much of the issues for both losing teams came down to offenses that could not produce against mammoth defenses.

“Guys,” Arkansas head coach Sam Pittman said, “I don’t want to simplify this, but they just whipped us physically. We’re just not where we need to be physically yet.”

Pittman and his defense — which yielded 273 of 345 yards in the ground against Georgia — will face a different type of foe in Ole Miss, with head coach Lane Kiffin’s fast-paced offense.

While the Bulldogs were physical, shoving around the Arkansas defenders for 4.9 yards per carry, the Rebels will present more of a tactical battle, with quarterback Matt Corral getting rid of the ball quickly while showing the defense multiple sets.

“We won’t have a problem regrouping,” Pittman said of his squad. “We won four games in a row, beat a 15th-ranked (Texas) and seventh-ranked (Texas A&M). … I think our kids will respond and play well versus a really good Ole Miss team.”

The Razorbacks have won five of the last seven meetings with the Rebels and hold a 36-30-1 record all-time against them.

Kiffin attempted to be all business before his Rebels clashed with Alabama last weekend.

He took just one question from a sideline reporter, tossed aside his headset and sprinted away. The demeanor suggested supreme focus in his return to face a school he coached for three years as offensive coordinator.

Except that business was mostly bad against the top-ranked Crimson Tide, especially during the most crucial moments.

The Rebels (3-1, 0-1) gambled five times on fourth down, failing on three of them. They also lost a fumble.

Alabama scored four touchdowns off the exchanges, owned a 28-0 halftime advantage and was never threatened.

The Ole Miss offense generated just 291 yards, the lowest total in the second-year coach’s 14 games in Oxford. The Rebels rushed for just 78 yards on 34 attempts (2.3 yards per carry).

The wide receiving corps was without second-leading performer Jonathan Mingo (foot), who is also unlikely to play Saturday.