NCAAF: No. 2 Georgia takes nation’s top defense to No. 18 Auburn 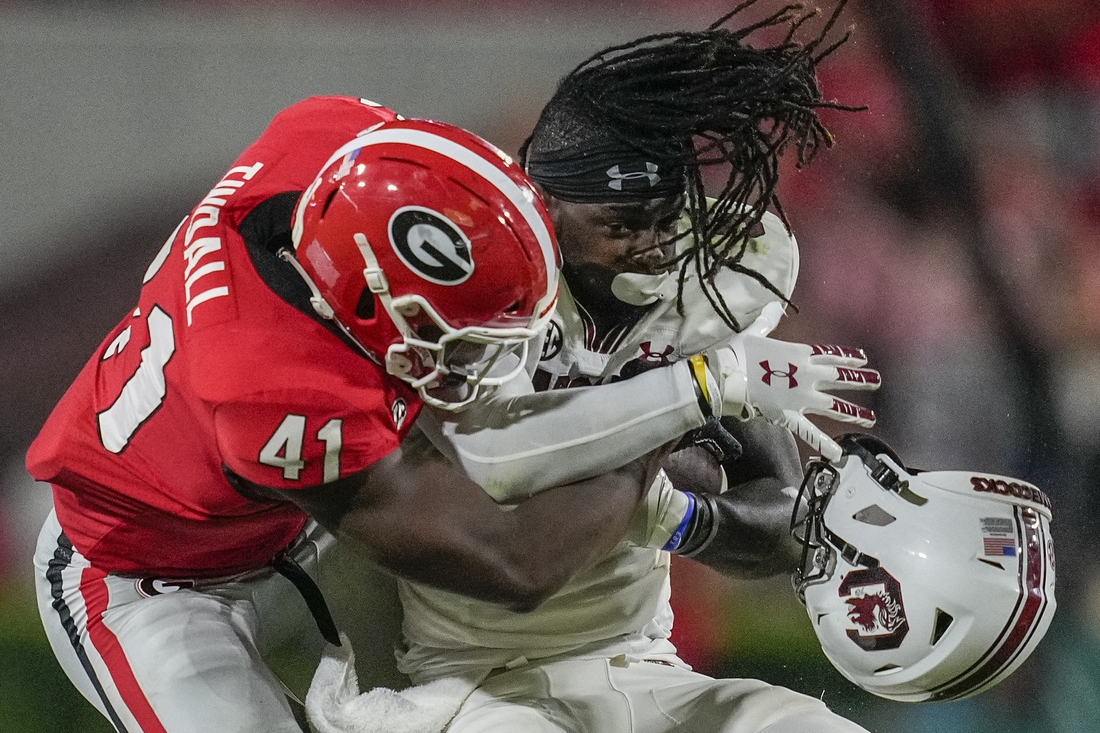 No. 2 Georgia will look to post its third straight shutout Saturday when the Bulldogs visit No. 18 Auburn in a game between teams that have not lost in Southeastern Conference play.

Georgia (5-0, 3-0 SEC) is coming off consecutive shutouts of Vanderbilt and then-No. 8 Arkansas — the first time it has blanked consecutive conference opponents since it won the national title in 1980.

“The Deep South’s Oldest Rivalry” has been a one-sided affair in recent years. Georgia has defeated Auburn in the past four meetings, including a 28-7 win in the SEC title game in 2017. The Bulldogs have beaten the Tigers in 13 of the past 16 games and are 17-12-2 all-time at Auburn.

“We know our guys are getting ready to go into a very tough environment,” Georgia coach Kirby Smart said. “Playing at Auburn is probably one of the toughest places to play in the SEC — their crowd fan base does a tremendous job with those elements. We tell our guys to keep calm in the storm, keep your composure, and play our best football against what I think is a very talented Auburn football team.”

Georgia, which dominated Arkansas 37-0 last Saturday and Vanderbilt 62-0 the week before, has allowed just 23 points and one offensive touchdown all season.

Auburn rallied from a 13-0 second-quarter deficit last week to post its first win at LSU since 1999, and will look for quarterback Bo Nix to continue doing exactly what he did against LSU. Nix went 23 of 44 passing for 255 yards and a touchdown, in addition to rushing for a team-high 74 yards and a score on 12 carries.

“You’re gonna have to win some of those 1-on-1 matchups,” Auburn first-year coach Bryan Harsin said. “You still have to scheme for that. You can’t just give up on that, just because they have good players.”

As for Georgia, quarterback JT Daniels didn’t play against Arkansas after being used sparingly a week earlier, and Smart said it remains unclear whether he will return from his strained oblique muscle. Stetson Bennett, who is 29-for-41 for 472 yards with six touchdowns and two interceptions, could make his third start of the season.

The Bulldogs are amid one of the toughest stretches of any team this season, with four straight games against ranked teams. Georgia plays host to undefeated and No. 16 Kentucky on Oct. 16 before getting the next week off to prepare for its annual showdown against No. 20 Florida at Jacksonville, Fla., on Oct. 30.