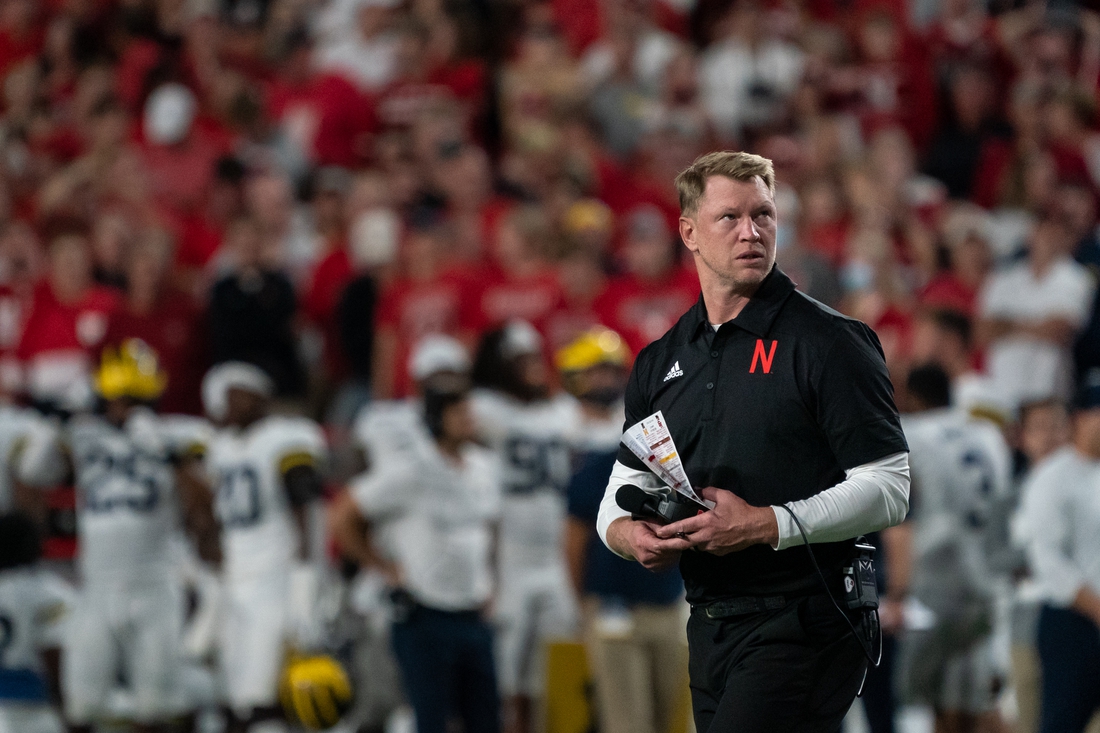 Following another frustrating defeat, Nebraska shifts its focus to trying to finally win a road game.

Considering its recent trips to Minnesota, accomplishing that feat could be a difficult one.

The Cornhuskers aim to avoid going 0-4 on the road Saturday, when they head to Minneapolis to face a Gophers squad that’s looking for another running back to step up in this Big Ten West Division contest.

Nebraska’s four losses this season have come by a combined 21 points. Perhaps none were more difficult to take than a 32-29 home defeat to No. 9 Michigan last weekend.

The Cornhuskers (3-4, 1-3 Big Ten) led 29-26 with a little more than three minutes to play but could not hold on. They were driving toward a winning field-goal attempt, at the least, before junior quarterback Adrian Martinez was intercepted at midfield with less than a minute to play in a tie game.

“All you can do is work your tail off and continue to work and push forward, and have faith that things will work out,” said Martinez, who has thrown just three interceptions to nine touchdowns in 2021.

The Cornhuskers push forward trying to avoid losing their first four road games since they went 0-5 away from home in 2018. Nebraska also has dropped its last two games at Minnesota — in 2017 and ‘19 — by a combined 60 points.

In two games against the Gophers, Martinez has completed 41 of 56 passes for 387 yards, with four touchdowns and no interceptions, and he has rushed for 221 yards and two scores. However, both came at home.

Minnesota (3-2, 1-1 Big Ten), meanwhile, returns to the field from an open week that followed its 20-13 victory at Purdue. Amid that outcome, however, running back Trey Potts (552 rushing yards, six touchdowns) suffered what the program has called a serious “upper-body” ailment that reportedly has ended his season. Potts had stepped in after Gophers star Mohamed Ibrahim suffered a season-ending Achilles injury in the opener against Ohio State.

Freshman Mar’Keise Irving could move into the team’s featured-back role. He has 112 yards on 25 carries this season. However, Ky Thomas (66 yards, one touchdown), Cam Wiley and Bryce Williams could also see more time in the Minnesota backfield.

“At this point, it’s going to be a little more by committee,” Gophers coach P.J. Fleck told the Star Tribune.

Minnesota quarterback Tanner Morgan has completed just 52.2 percent of his passes for 709 yards, with four touchdowns and two interceptions. He has thrown two TD passes and no interceptions while winning the last two meetings with Nebraska.

The Gophers have totaled just 30 points in splitting their last two contests, against Bowling Green (14-10 loss) and Purdue. However, they’ve allowed just 27 points in their last three games.