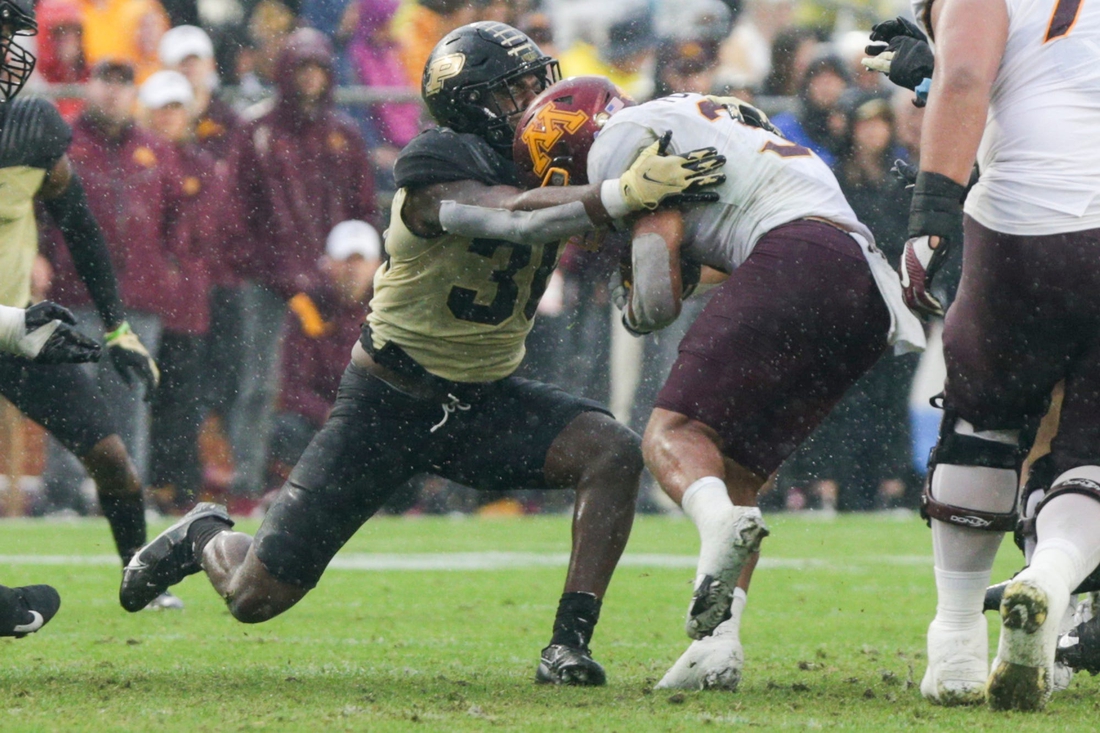 Minnesota running back Trey Potts will miss the remainder of the season due to the injury that caused him to spend six days at an Indiana hospital.

Golden Gophers coach P.J. Fleck declined once again to reveal Potts’ injury, saying it is up to the player’s family if they want to reveal the nature of the ailment.

“He’s back here (on campus),” Fleck told reporters on Monday. “It’s unfortunate what happened and really scary what happened. … He’s doing way better and will be OK.”

Potts, who leads the team with 552 rushing yards, departed late in the fourth quarter of a 20-13 victory at Purdue on Oct. 3.

Team trainers evaluated Potts on the sideline and then he was taken via ambulance to a nearby hospital. His condition was serious enough that athletic director Mark Coyle, head football trainer Mike Sypniak and team physician Dr. David Jewison remained in Indiana overnight.

In addition, Potts’ family flew in from Williamsport, Pa. Potts was released from the hospital on Friday and returned to Minneapolis.

Potts rushed for 78 yards and one touchdown on 15 carries against Purdue. He topped 100 yards in each of the previous three games.

Fleck didn’t rule out the possibility of Potts returning for the 2022 season.