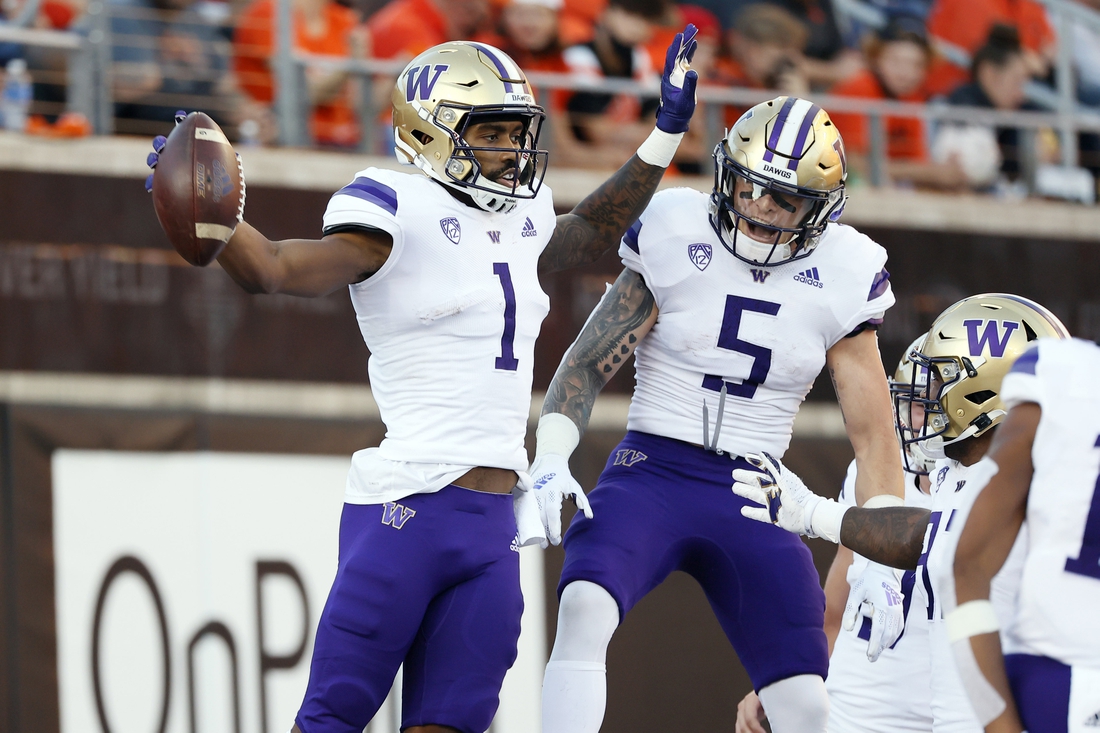 Washington quarterback Dylan Morris was stopped on fourth-and-1 from the Huskies’ own 46-yard line with 3:18 remaining.

The Beavers’ Deshaun Fenwick had back-to-back carries of 14 and 12 yards to put the ball on the UW 8-yard line with 1:22 left. Oregon State quarterback Chance Nolan kneeled down twice and rushed for a 5-yard gain to set up the winning kick.

The Huskies’ Faatui Tuitele sacked Nolan on the next play from scrimmage and forced a fumble, recovered by Sam Taimani and returned 13 yards to the Oregon State 6.

McGrew took a direct snap on the next play and scored on a 6-yard run, giving the UW the lead.

The Huskies took the game’s opening kickoff and quickly marched down the field, with Terrell Bynum scoring on a 44-yard pass from Morris.

The Beavers tied it on a 3-yard run by Jack Colletto early in the second quarter.

The Huskies pulled within 14-10 at the intermission on Peyton Henry’s 20-yard field goal as time expired in the second quarter.