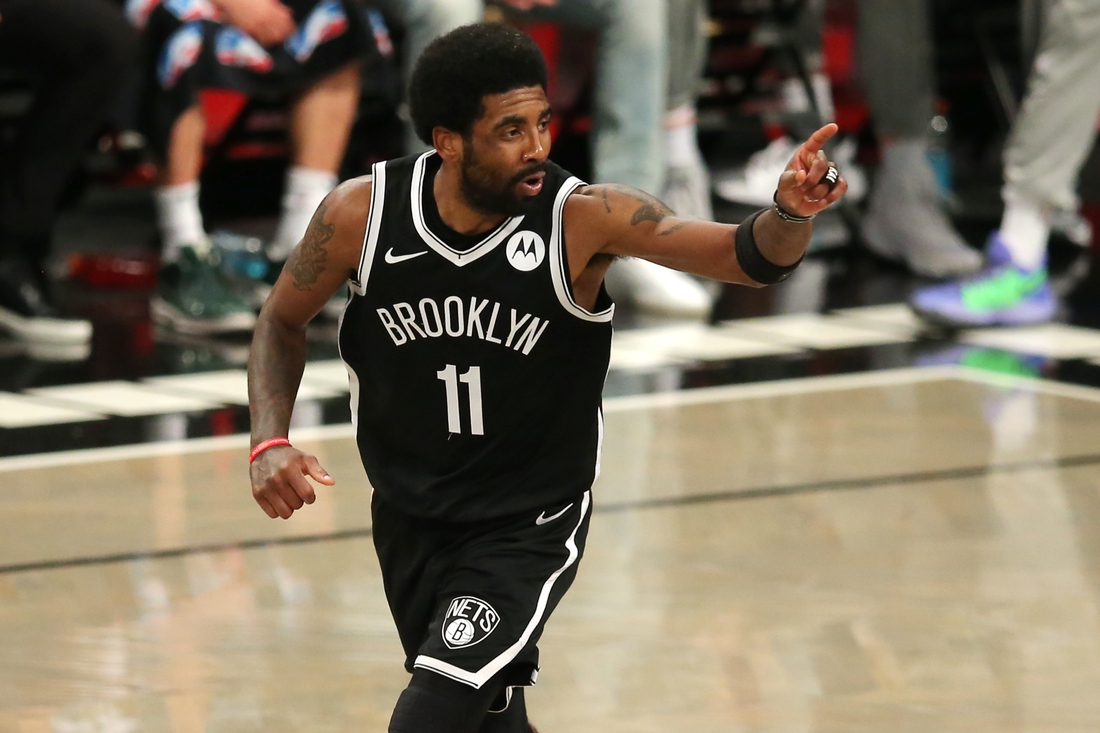 The Brooklyn Nets don’t know when — or if — Kyrie Irving will play for the team this season, but that hasn’t swayed oddsmakers away from the team being a strong favorite to win the NBA title.

General manager Sean Marks announced Tuesday that Irving will not be allowed to play for the team until he is fully eligible to do so. Yet to be vaccinated against COVID-19, Irving is currently unable to play at Nets home games due to New York’s order requiring vaccination to participate in indoor events.

Irving is part of Brooklyn’s trio of stars along with Kevin Durant and James Harden that led all major sportsbooks to install the Nets as the preseason title favorite. Although the Nets’ odds have lengthened slightly at some books, they remain favorites despite Irving’s uncertain status moving forward.

“Given the Nets’ statement today that Kyrie won’t be permitted to have ‘part-time availability’, it will be interesting to see how aggressively the market reacts if the Nets get off to a slow start and/or it becomes clear that Irving is truly prepared to sit out the entire season over getting vaccinated,” BetRivers sportsbook manager Zach Schlouch told Field Level Media.

The Nets remain the +230 title favorites at BetRivers, which is unchanged since August, and they remain significant favorites to win the East at +105. The next favorite in the conference is defending champion Milwaukee at +350.

“No change. All the Nets have to do really is stay healthy and they’d still likely be favored to win the title,” WynnBet head trader Alan Berg told Field Level Media.

The Nets also remained the +215 favorites at PointsBet and +240 at BetMGM, where the odds were not impacted by Tuesday’s news.

MaximBet did see slight adjustments for Brooklyn’s futures, with the Nets’ title odds moving from +230 to +250 and their Eastern Conference odds lengthening from +115 to +130. The team’s Win Total also went from 56.5 to off the board.

Irving, 29, has thus far declined to be vaccinated. While Marks said the team respects his personal choice, it also is not willing to accommodate Irving only playing in road games.

“Given the evolving nature of the situation and after thorough deliberation, we have decided Kyrie Irving will not play or practice with the team until he is eligible to be a full participant,” Marks said in a statement. “Kyrie has made a personal choice, and we respect his individual right to choose. Currently the choice restricts his ability to be a full-time member of the team, and we will not permit any member of our team to participate with part-time availability.

“It is imperative that we continue to build chemistry as a team and remain true to our long-established values of togetherness and sacrifice. Our championship goals for the season have not changed, and to achieve these goals each member of our organization must pull in the same direction. We are excited for the start of the season and look forward to a successful campaign that will make the borough of Brooklyn proud.”

Marks said the team’s decision is not indicative of a trade and the Nets would “welcome Kyrie back with open arms … under a different set of circumstances.”

“I’m sure this is not a decision that (Irving and his agents) like — he wants to be participating with his teammates,” Marks said. “Again this is a choice that Kyrie had and he was well aware of it. We had multiple conversations and they were good. This is where we stand today.”

Irving, a seven-time All-Star, played in 54 regular-season games for the Nets last season and averaged 26.9 points, 6.0 assists and 4.8 rebounds.