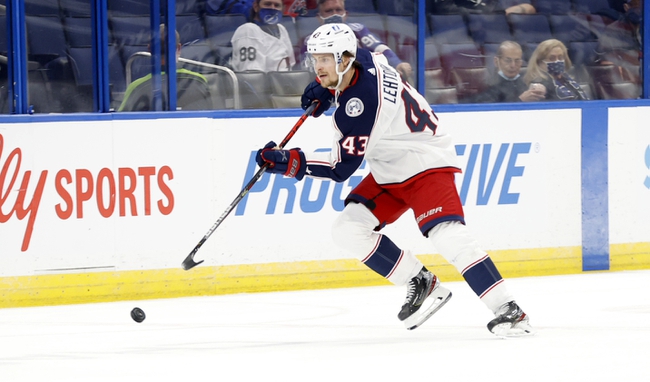 The Columbus Blue Jackets suspended defenseman Mikko Lehtonen over his failure to report to the Cleveland Monsters of the American Hockey League, then placed him on unconditional waivers.

The team made the announcement Tuesday, a day after assigning Lehtonen, fellow defenseman Gabriel Carlsson and forward Kevin Stenlund to the AHL affiliate.

Lehtonen, 27, signed a one-year contract with the club on July 30. Financial details were not announced.

The Finland native made his NHL debut last season and had six assists as he split time between the Blue Jackets and Toronto Maple Leafs. Columbus acquired him in a trade on March 12 that sent goaltender Veini Vehvilainen to Toronto.

The Blue Jackets open the 2021-22 season Thursday night in Columbus against the Arizona Coyotes.