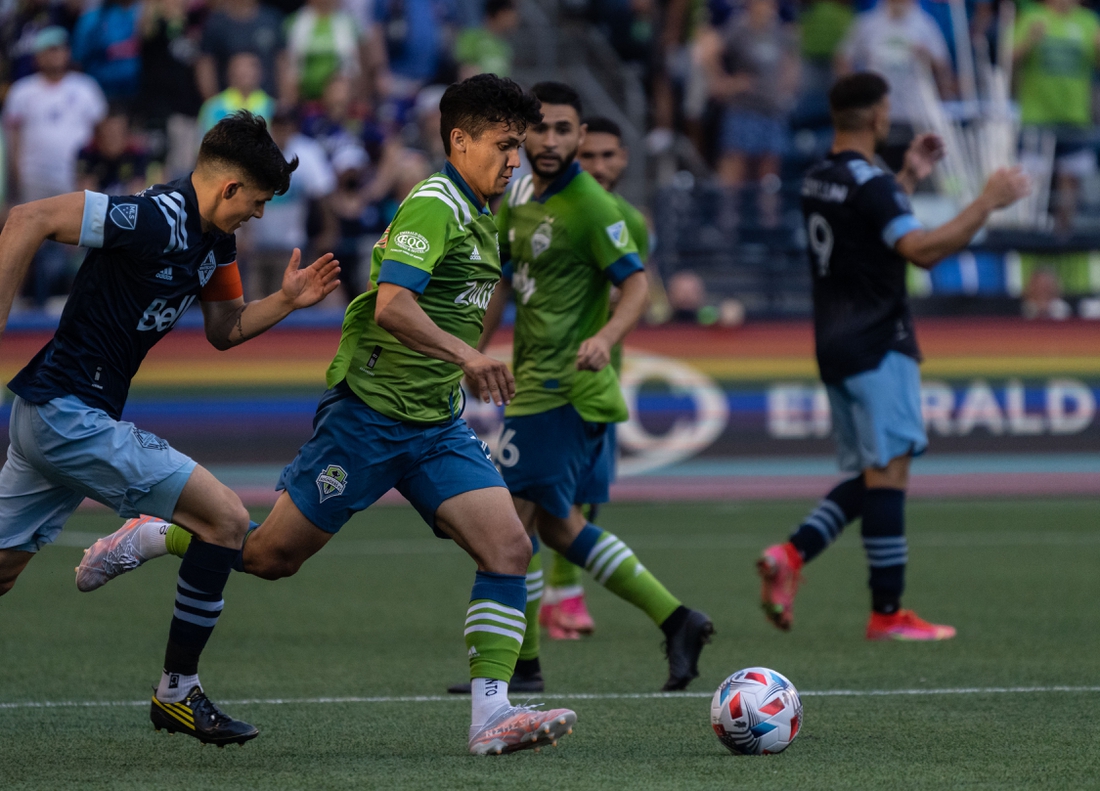 The Seattle Sounders are on the verge of more Major League Soccer history.

The Western Conference-leading Sounders (16-5-6, 54 points), who opened the season with a record 13-match unbeaten streak, can clinch a 13th consecutive postseason berth with a win or draw against the visiting Vancouver Whitecaps (9-8-10, 37 points) on Saturday night at Lumen Field.

“It’s coming down to the final parts of the year,” Sounders coach Brian Schmetzer said. “It’s rainy and cold, the way we like it. It’s a playoff atmosphere.”

The Sounders have won three consecutive games, scoring eight goals in the process. That includes a 3-0 victory against the Colorado Rapids last Sunday as midfielder Cristian Roldan had a goal and two assists.

But the Sounders will be without Roldan, a U.S. international, as well as forward Raul Ruidiaz (Peru), winger Alex Roldan (El Salvador) and defenders Xavier Arreaga (Ecuador) and Nouhou Tolo (Cameroon) on Saturday because of World Cup qualifiers.

“Yeah, we’re missing some guys, but we’ve done this before,” Schmetzer said. “We’ve had weeks where we’ve missed guys, but it’s a chance to see some of the young kids.”

The Whitecaps are in eighth place in the West, one point out of a playoff berth. They’ve gone 4-1-2 under interim coach Vanni Sartini, who replaced Marc Dos Santos on Aug. 27.

Four of Vancouver’s remaining matches are against teams in the top four of the conference standings, including two against the Sounders.

“Our main objective is to get across the line to the playoffs,” said forward Brian White, who has scored eight goals over the past nine games. “It’s going to be tough against Seattle, Portland and Kansas City, but if we’re going to make the playoffs, we’re going to have to beat these kinds of teams, right?”

White is the league’s reigning Player of the Week after netting a hat trick in a 3-0 victory against San Jose.

Vancouver will be without a pair of Canadian internationals — forward Lucas Cavallini and goalkeeper Maxime Crepeau — as well as defender Javain Brown (Jamaica).

The teams have met once previously this season, a 2-2 draw on June 26 in Seattle. That started the Whitecaps’ current eight-game road unbeaten streak (1-0-7).