MLB: ‘This is what baseball wants’: Dodgers vs. Giants in Game 5 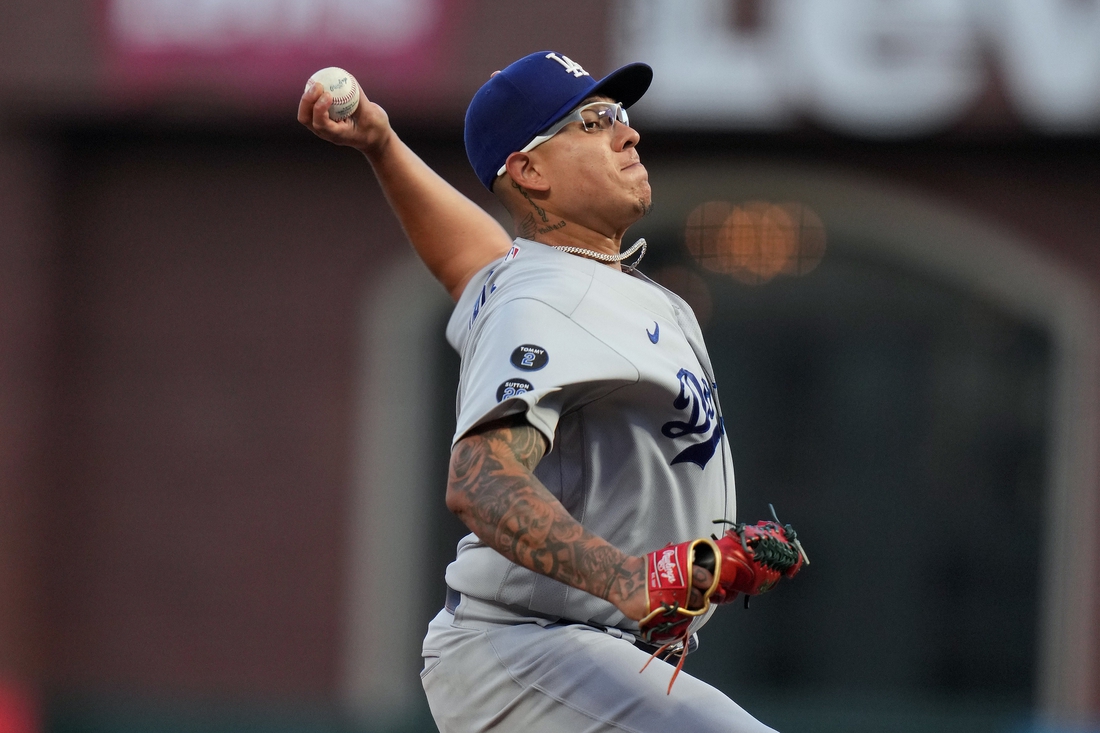 Two pitchers who were difficult to beat in the second half of the regular season — and have continued to be one game into the postseason — will command the spotlight with the season on the line Thursday night when the Los Angeles Dodgers visit the San Francisco Giants in the decisive Game 5 of the National League Division Series.

The teams have alternated wins and losses in the best-of-five series, with the Giants’ Logan Webb (1-0) getting San Francisco off to a strong start with 7 2/3 shutout innings in Game 1. Then, the Dodgers’ Julio Urias (1-0) countered with five innings of one-run, three-hit ball in a bounce-back win in Game 2.

The two pitchers will oppose each other Thursday night.

After Game 2, the clubs repeated a similar split in Los Angeles. Now the NL West rivals are a win away from an NL Championship Series date against the Atlanta Braves — and a loss from having nothing but a week’s worth of playoff experience to show for one of the greatest two-team duels in baseball history.

While the Giants have captured the close games — winning 4-0 and 1-0 — and the Dodgers dominating the blowouts — 9-2 and 7-2 — each club was left Wednesday on their off day wondering how to handle the other’s red-hot pitcher in a win-or-pack-the-gear showdown.

“This is what baseball wants,” Dodgers manager Dave Roberts said after his team’s stay-alive win in Game 4. “We’re going to be the only show in town. So if you have a pulse or you’re a sports fan, you better be watching Dodgers-Giants. It’s going to be a great one.”

While Roberts left Dodger Stadium on Tuesday night confident his guys had solved the Giants’ pitching, rival manager Gabe Kapler assured reporters that he and his staff still had homework to do in preparation for a final exam against Urias.

“That’s going to take some planning and conversation. I’m happy to discuss that with the guys,” Kapler said. “We’re going to take a look at the last game against Urias and make adjustments accordingly.”

The Giants had their chances against the 20-win left-hander in their last matchup Saturday.

Austin Slater hit a ground-rule double in the first inning; the Giants put two on with no outs in the second, scoring once on a Donovan Solano sacrifice fly; then Buster Posey provided a leadoff double in the fourth.

But besides that sac fly, the Giants went 0-for-5 with runners in scoring position in Urias’ five innings. He won for the 12th straight time since June 21, an 18-game stretch in which the Dodgers have gone 16-2.

The Dodgers got just three baserunners into scoring position in Webb’s 7 2/3 innings in Friday’s opener, one the result of a first-inning error.

By the time Corey Seager and Will Smith had doubled in the sixth and seventh innings, the Giants had built a 2-0 lead and Webb was on the way to his 11th straight win dating to May 11.

San Francisco has gone 19-2 in those games.

But the status of the rest of the rosters isn’t as equal, as Giants second baseman Tommy La Stella is battling a sore Achilles and Kapler has been prompted into making 10 pitching changes in the past two games, resulting in a taxed bunch.

The Dodgers are coming off a game in which six different players got two hits, while Roberts has had to go to the bullpen just seven times in the past two games.