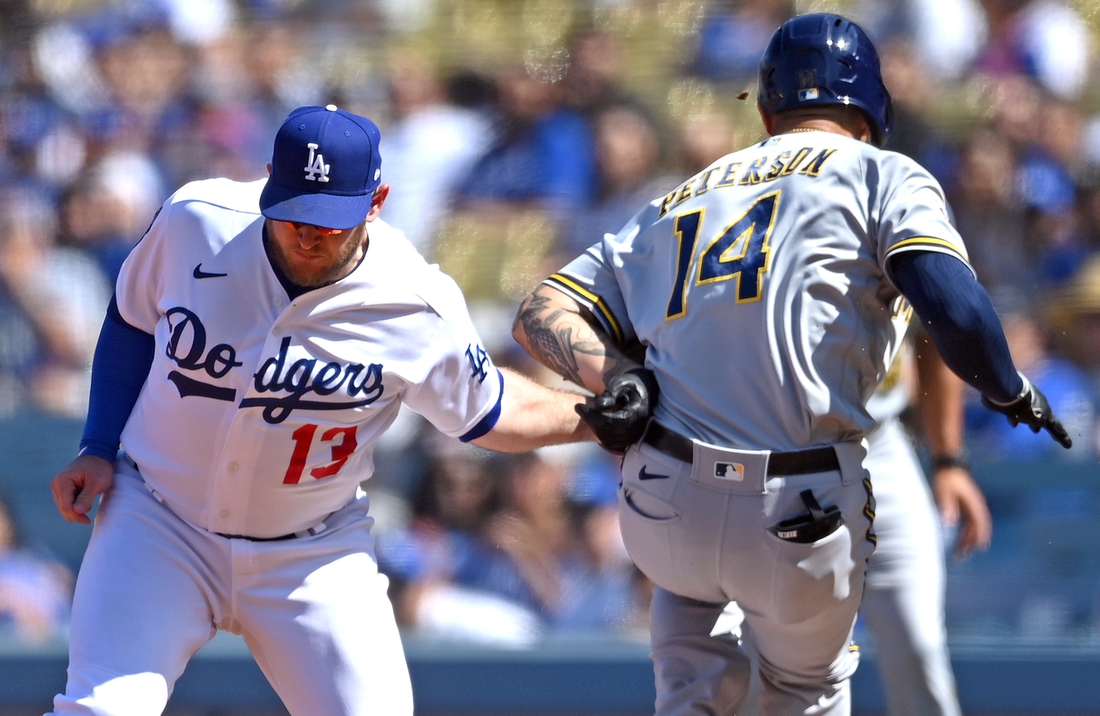 The injury occurred when Milwaukee’s Jace Peterson, who was trying to leg out a hit on a dribbler, ran into Muncy at first base as he attempted to field a throw from catcher Will Smith.

Muncy had to reach into foul territory to try to snag the wide throw, and the collision ensued. He fell to the ground in obvious pain, then walked off the field holding his wrist. Veteran Albert Pujols replaced him.

The Dodgers are heading to the postseason — at least as a wild card — and losing Muncy would be significant.