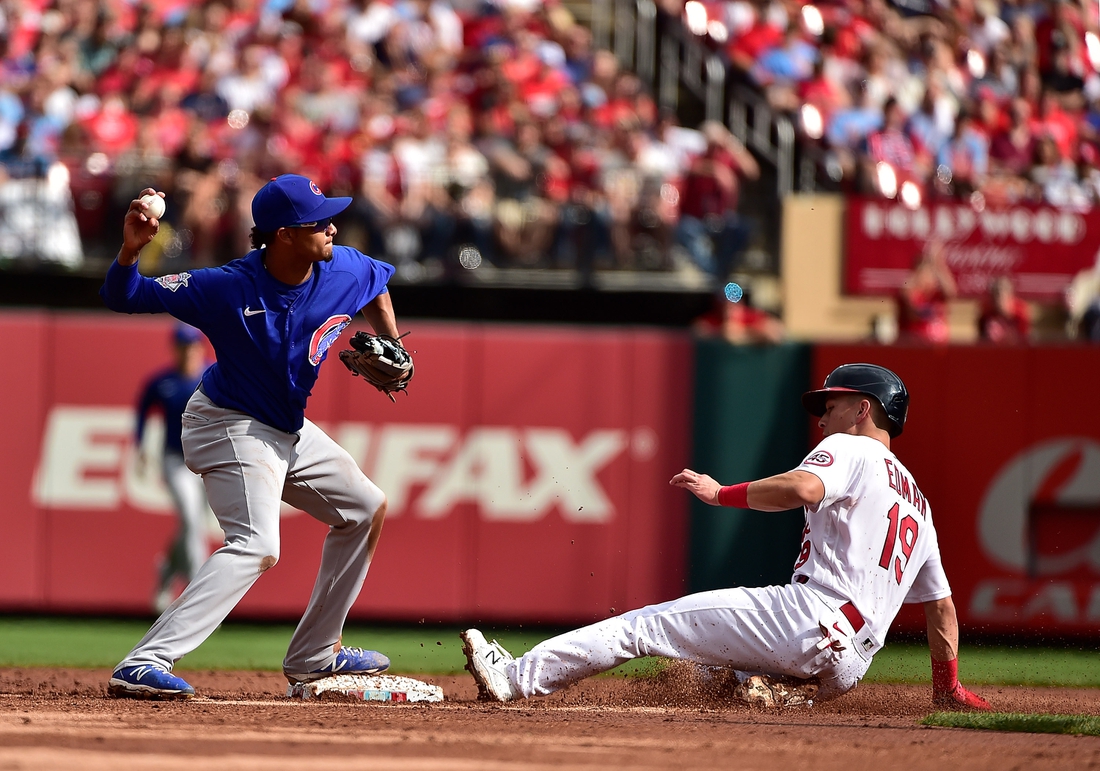 Matt Duffy drove in two runs as the visiting Chicago Cubs edged the St. Louis Cardinals 3-2 in seven innings in a rain-shortened game.

Frank Schwindel went 2-for-3 with an RBI and two runs scored for the Cubs (71-91), who closed their season by winning four of their last five games.

The Cardinals (90-72) lost three of their last five games after clinching a National League wild-card playoff berth with their 17-game winning streak.

Biagini was the 69th player the Cubs deployed this season, setting a major league record.

The Cubs struck first. Schwindel hit a one-out double in the first inning and scored on Duffy’s two-out single. Duffy stole second base, but Trayce Thompson hit an inning-ending grounder to strand him.

In the bottom of the inning, leadoff hitter Tommy Edman hit a homer on Mills’ first pitch to tie the game 1-1. The blast was Edman’s 11th of the season.

The Cardinals pushed their lead to 2-1 in the second inning when Dylan Carlson walked, raced to third on Yadier Molina’s single and scored when Edmundo Sosa grounded into a double play.

The Cubs moved ahead 3-2 in the fifth inning. Rafael Ortega hit a two-out single and scored on Schwindel’s double. Ian Happ walked and Duffy followed with an RBI single.

In the bottom of the inning, Harrison Bader reached on an infield single, moved up on a bunt and took third on Matt Carpenter’s infield single. But Andrew Knizner struck out to leave runners on the corners.