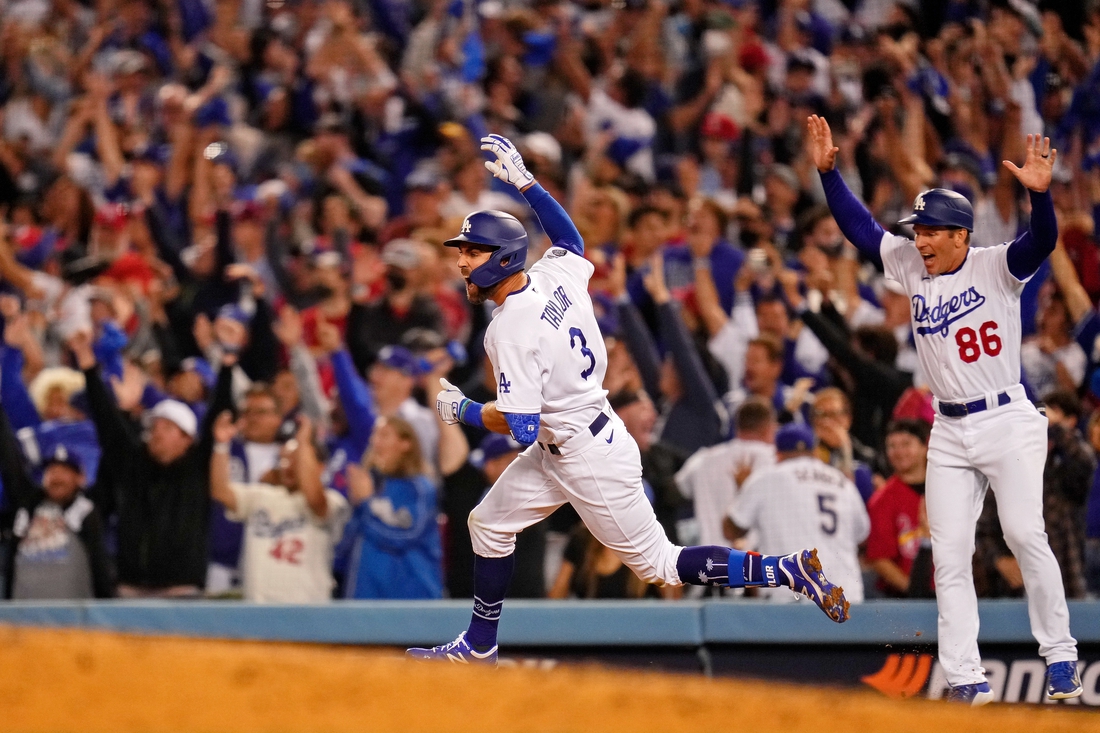 Chris Taylor hit a two-run home run with two outs in the bottom of the ninth inning Wednesday as the Los Angeles Dodgers earned a dramatic 3-1 win over the St. Louis Cardinals in the National League wild-card game.

Taylor, who ended the regular season in a 7-for-65 (.108) slump over his last 25 games, blasted a 2-1 slider from Cardinals right-hander Alex Reyes over the wall in left field to send the Dodgers into the National League Division Series.

Justin Turner also homered for the Dodgers, who will travel to San Francisco to open the NL Division Series against the Giants on Friday. It will be the first-ever playoff series between the longtime rivals.

“Once (Bellinger) got to second, I was just trying to get a hit,” Taylor said. “They had the right side open so I was sort of thinking the other way, and he just left a slider up that I was able to get the head out on.”

Cardinals manager Mike Shildt said of his final pitching change said, “Taylor is really good against lefties. He’s not a guy that’s on the ground a lot. We have a guy (Reyes) that has swing-and-miss stuff. We have a guy who gets strikeouts against righties. The first couple of sliders were really good, and then he got one he could put a swing on.

“That was the game.”

Dodgers right-hander Kenley Jansen (1-0) pitched a scoreless ninth inning, striking out the side, to earn the victory.

In a duel of aces, the Dodgers’ Max Scherzer and the Cardinals’ Adam Wainwright each gave up just one run, but neither lasted six innings.

Scherzer yielded three hits and struck out four in 4 1/3 innings, but he walked three and threw 94 pitches as he struggled to find the pinpoint accuracy that has defined his career. The Dodgers were 11-0 in Scherzer’s regular-season starts after he arrived in a trade-deadline deal from the Washington Nationals.

“Everybody that (manager Dave Roberts) puts in, he knows what their strengths are and he puts them in the best situation as possible,” Scherzer said of being lifted in the fifth inning. “That’s the strength of this organization, as I’ve gotten over here, to understand why they are so good.”

The Cardinals started fast, getting a single from Tommy Edman to lead off the game. After Edman stole second, Paul Goldschmidt walked and Edman went to third on a fly ball from Tyler O’Neill. Edman made it 1-0 when he scored on a Scherzer wild pitch.

The Dodgers were poised to jump in front in the third inning with the bases loaded and one out, but despite his speed, Trea Turner grounded into an inning-ending double play.

The Dodgers finally broke through on Justin Turner’s leadoff home run in the fourth, a shot deep into the Los Angeles bullpen in left field. His 13th career postseason home run came after he matched a career high with 27 homers during the regular season.