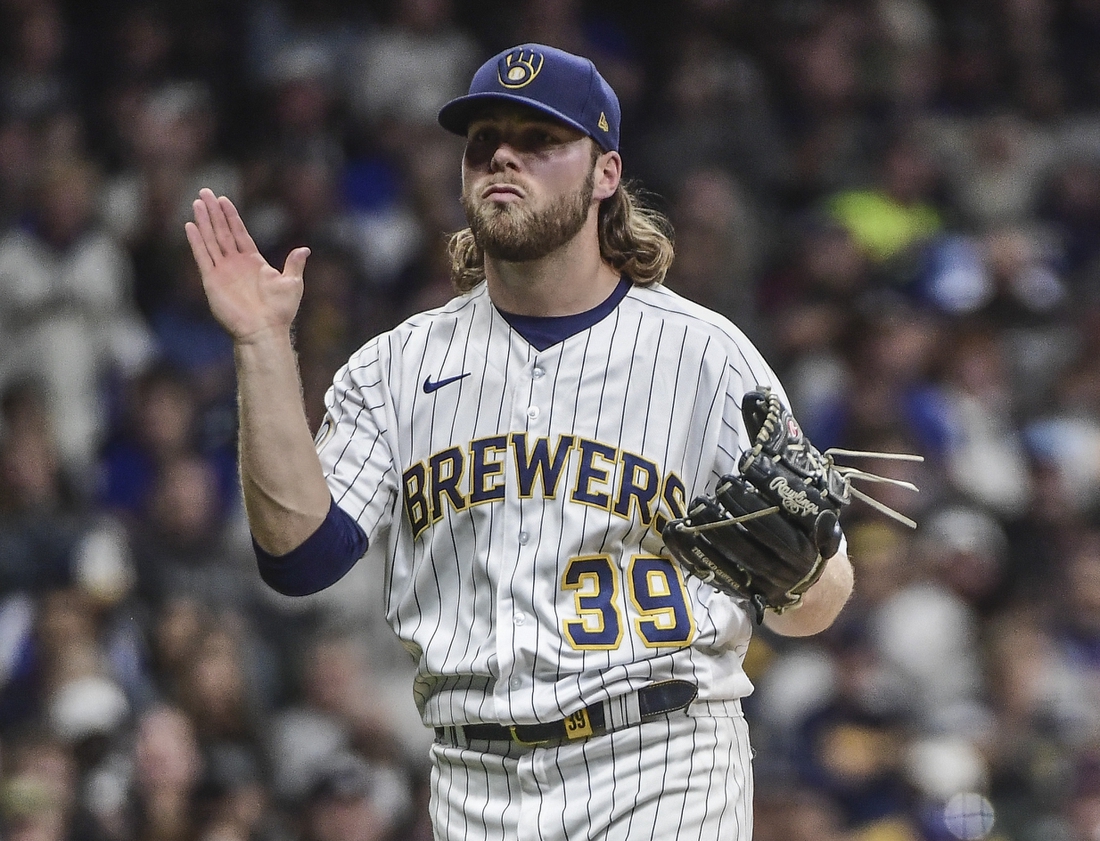 Right-hander Corbin Burnes gets the task of getting the Brewers back on track, while postseason veteran Charlie Morton gets the nod for the Atlanta Braves in Game 1 of the National League Division Series on Friday afternoon in Milwaukee.

The Brewers clinched their fourth consecutive playoff berth on Sept. 18, but went 4-10 the rest of the way. Three of those victories were in a Central-clinching home sweep of the Mets. Milwaukee dropped five of six in a season-ending road trip against the Cardinals and Dodgers to finish 95-67, weighing rest against momentum.

“I think health is certainly the priority and something we talked about,” said Brewers president of baseball operations David Stearns. “We had some guys who were banged up in the second half. We took our foot off the accelerator a little bit with some of those guys here and the plan is for them to be healthy in the postseason.”

While the Brewers led the Central by 14 games in mid-September, the Braves were in third place, 2 1/2 games under .500 on Aug. 1. Atlanta clinched the NL East with a sweep of second-place Philadelphia in the next-to-last series.

Atlanta and Milwaukee split six games this season, with each winning two on the road. It’s the first postseason meeting between the Brewers and Braves, who called Milwaukee home from 1953-65 before moving to Atlanta.

Burnes, who finished with the lowest ERA in the majors, pitched just two innings against the Dodgers on Saturday, allowing three runs on a homer by Justin Turner. Prior to that outing, the first-time All-Star was 9-0 with a 2.28 ERA over his previous 19 starts.

The Cy Young candidate made one start this season against the Braves in late July, allowing a season-high five runs on nine hits in four innings without a decision as the Brewers rallied for a 9-5 victory.

In addition to a rotation that also includes All-Stars Brandon Woodruff and Freddy Peralta, Brewers closer Josh Hader had 34 saves in 35 opportunities.

“Their starters are as good as it gets, and they have a closer that’s as good as it gets,” Braves manager Brian Snitker told MLB.com. “I mean, their pitching is just so talented. It’s such a good team. Their guys have been through the wars. They play good defense and everybody that comes up there’s capable of a big hit. It’s just a really good ball club.”

Morton, 37, only faced the Brewers once this season, allowing two runs on three hits in six innings in a 2-1 loss at Atlanta on Aug. 1.

The Braves, who lost in the National League Championship Series in seven games to the Dodgers last season after leading the series 3-1, also are making their fourth consecutive postseason appearance.

The Braves, who lost star outfielder Ronald Acuna Jr. to a season-ending knee injury in July, remade their outfield with deadline acquisitions of Jorge Soler, Adam Duvall and Eddie Rosario.

The series matches Atlanta’s powerful offense against the Brewers’ solid pitching. The Braves finished third in the majors with 239 homers. Austin Riley had 33 homers, Freddie Freeman 31, and Ozzie Albies 30. Duvall finished with 38 homers, including 16 in 55 games with Atlanta after coming over from Miami.

Milwaukee was fifth in the NL for fewest homers allowed with 168.

“It’s a powerful lineup and we’re going to have to do our best to neutralize that,” Stearns said. “There are going to be home runs in this series. We’re aware of that. You are right, we have some pitchers who have done a really nice job staying away from the long ball, but that’s going to be tough to do against this lineup.”

The Brewers will be without eighth-inning set-up man Devin Williams, who broke his right hand he when punched a wall the night the team clinched the division title.