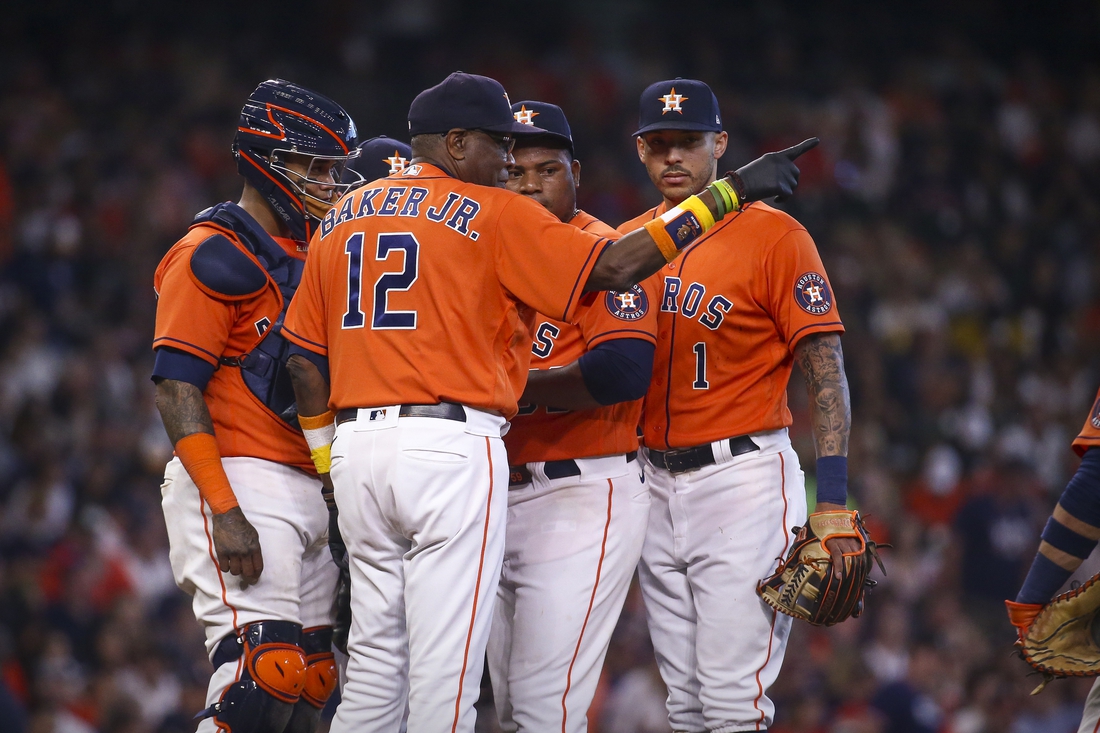 One victory away from a division series sweep and a fifth straight franchise berth in the American League Championship Series, the Houston Astros sense the next phase of the postseason is near.

That isn’t the same, the Astros realize, as having it in hand.

“These guys aren’t going to rest on their laurels because we haven’t accomplished anything yet,” manager Dusty Baker said.

Houston will visit the Chicago White Sox on Sunday night for Game 3 of the teams’ ALDS with a 2-0 lead and plenty to like about how the team is clicking on the mound, at the plate and in the field.

“It’s a great feeling,” Astros shortstop Carlos Correa said. “We’ve got to stay focused and take care of business when we go to Chicago. This is a great team we’re playing on the other side. They can get the job done any time. It doesn’t matter if they’re down two games. They will fight back. We’ve got to stay focused and try to get one more win.”

The Astros will aim to clinch the best-of-five series behind right-hander Luis Garcia, who was 11-8 with a 3.30 ERA in 30 appearances in the regular season, including 28 starts.

Garcia took a no-decision against visiting Chicago on June 18, scattering one run and seven hits in seven innings with two walks and eight strikeouts. Jose Abreu’s first-inning RBI single accounted for the lone run against Garcia.

Chicago remains winless in Houston in 2021. In six games at Minute Maid Park, including the postseason, the Astros have outscored the White Sox 42-13.

While the White Sox hope to be buoyed by a fan base awaiting the franchise’s first home playoff game since 2008 – “Ain’t nothing like being at home,” shortstop Tim Anderson said – they also know they need more than intangibles to turn the series around.

Chicago outhit Houston 11-10 in the White Sox’s 9-4 loss in Game 2 Friday. All of Chicago’s 18 hits in the series are singles, but Anderson said he feels the team is on the cusp of an offensive breakthrough.

“All the hits,” Anderson said. “We pay attention to all the hits. We know what kind of ballclub we are. We know what we can do, and there’s no pressure. No moment is too big. We’ve just got to keep battling and keep picking one another up and enjoy the moment.”

Right-hander Dylan Cease is expected to start for the White Sox on Sunday night. Cease went 13-7 with a 3.91 ERA during the regular season. He is 0-3 lifetime against the Astros, with a 6.60 ERA in 15 innings. He has given up 15 hits, with nine walks and 16 strikeouts.