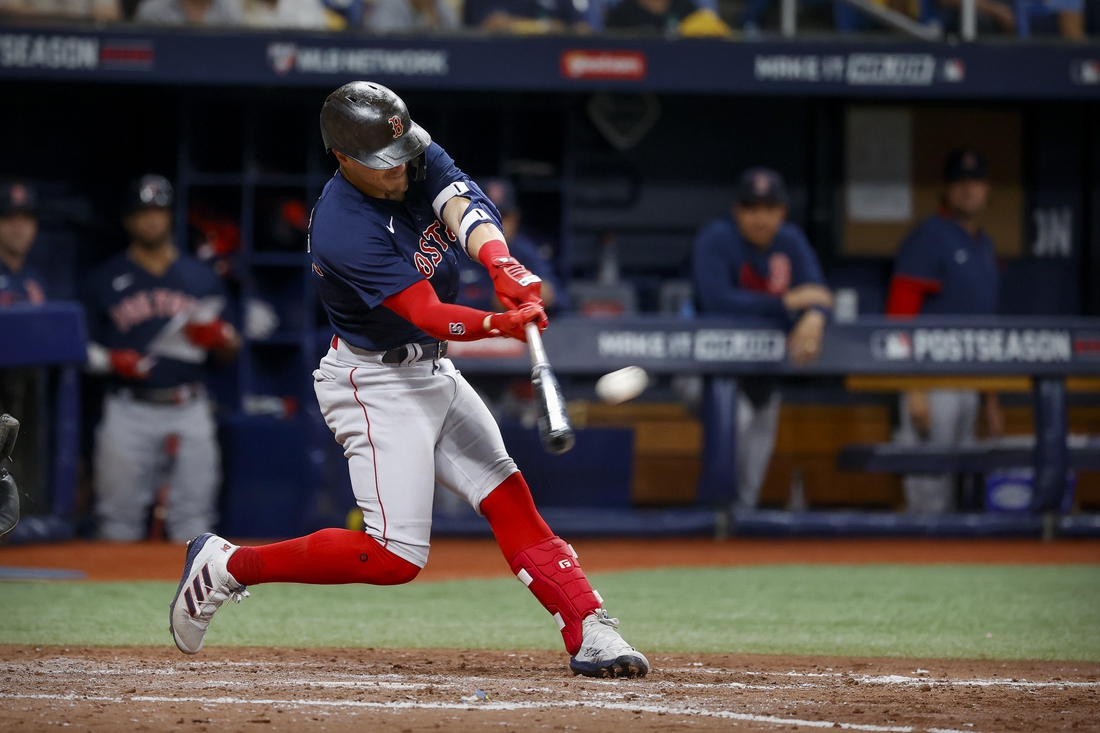 Don’t call it a comeback.

The Boston Red Sox sent a clear message that they weren’t going to roll over in Friday night’s 14-6 victory over the Tampa Bay Rays to even their American League Division Series at one game apiece.

Boston will look to keep its offensive momentum rolling as the series shifts to Fenway Park for Game 3 in the best-of-five series on Sunday afternoon.

“I think we lead the league in comeback wins this season. We did it all season; why not do it now?” Boston outfielder Enrique Hernandez said after the Red Sox overcame a poor start from Chris Sale and an early three-run deficit on Friday.

Boston led the majors with 47 come-from-behind victories during the regular season. Tampa Bay ranked second with 46.

“We’ve had a lot of those ballgames here (at Fenway),” Rays manager Kevin Cash said Saturday. “Kind of the back-and-forth, high scoring on both clubs.”

Hernandez went 5-for-6 with a solo homer and three RBIs as Boston collected 20 hits and smashed a franchise-playoff-record five home runs to even the series after looking lifeless in a 5-0 loss in Game 1 on Thursday.

J.D. Martinez (4-for-5) added a three-run homer in the Red Sox’s offensive onslaught. Martinez got the start as the designated hitter after not playing in Game 1 as he recovered from a left-ankle sprain.

Tampa Bay lost Game 2 despite topping its offensive output from Game 1 with six runs on eight hits. Jordan Luplow slugged a grand slam off Sale to cap the Rays’ four-hit, five-run first inning, but their only run after that came on Ji-Man Choi’s sixth-inning solo shot.

The AL East-champion Rays were also outhit 9-6 in their five-run victory in the series opener.

“There are no surprises, there are no secrets on either end,” said Rays right-hander Drew Rasmussen, who will start Game 3 for the Rays in a planned bullpen game. “It’s going to be a dogfight (Sunday); we already know that. That’s a quality team, and at the end of the day it just comes down to executing.”

Rasmussen, who will make his first career postseason start, was 1-0 with a 2.30 ERA in five games (three starts) against Boston this season.

Boston will counter with right-hander Nathan Eovaldi, who pitched 5 1/3 innings of one-run ball with eight strikeouts in a 6-2 win over the New York Yankees in Tuesday’s AL wild-card game.

Eovaldi boasts a career 1.63 ERA in the postseason and went 2-1 with a 2.39 ERA in four starts against his former Rays’ team during the regular season.

“Game 3 is huge. If we win (Sunday), then we need one more and we’re going to be at home (in Game 4 Monday),” Eovaldi said. “You saw the atmosphere we had when the Yankees were in town, the electricity in the stadium. … Having them to push us along the way, it’s going to be great.”