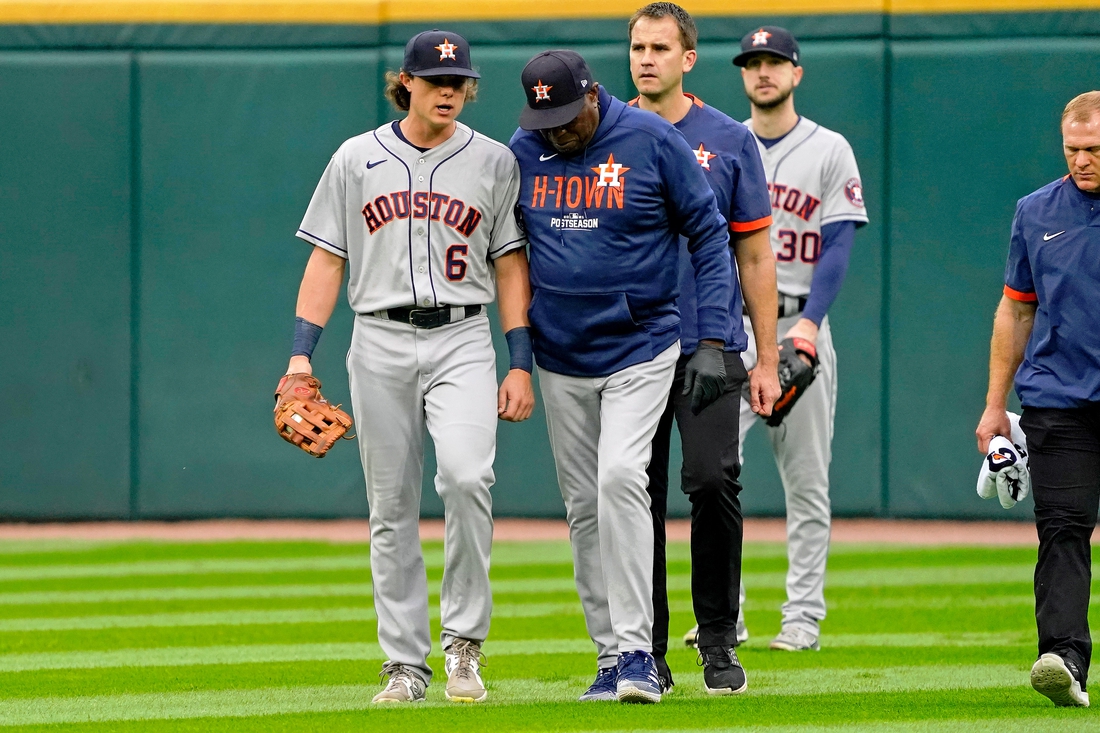 Meyers was injured in the second inning when his left arm slammed into the wall as he leaped to try to catch a home run by Chicago’s Gavin Sheets. He fell to the ground in obvious pain.

Meyers was attended to by a trainer and eventually took a few warm-up throws to test the arm. He lobbied to stay in the game but shortstop Carlos Correa and manager Dusty Baker discussed the situation with him and Meyers exited.

“He wanted to stay in the game but we don’t know anything about his condition yet,” Baker told FS1 during a third-inning interview. “He said he couldn’t throw. He said whenever he tried to throw 50 percent or higher, it felt like (the shoulder) was going to come out. At that point in time, we had to get him out of the game.”

Meyers flew out to right to end the top of the second inning. The 25-year-old is 1-for-4 with an RBI in the series.