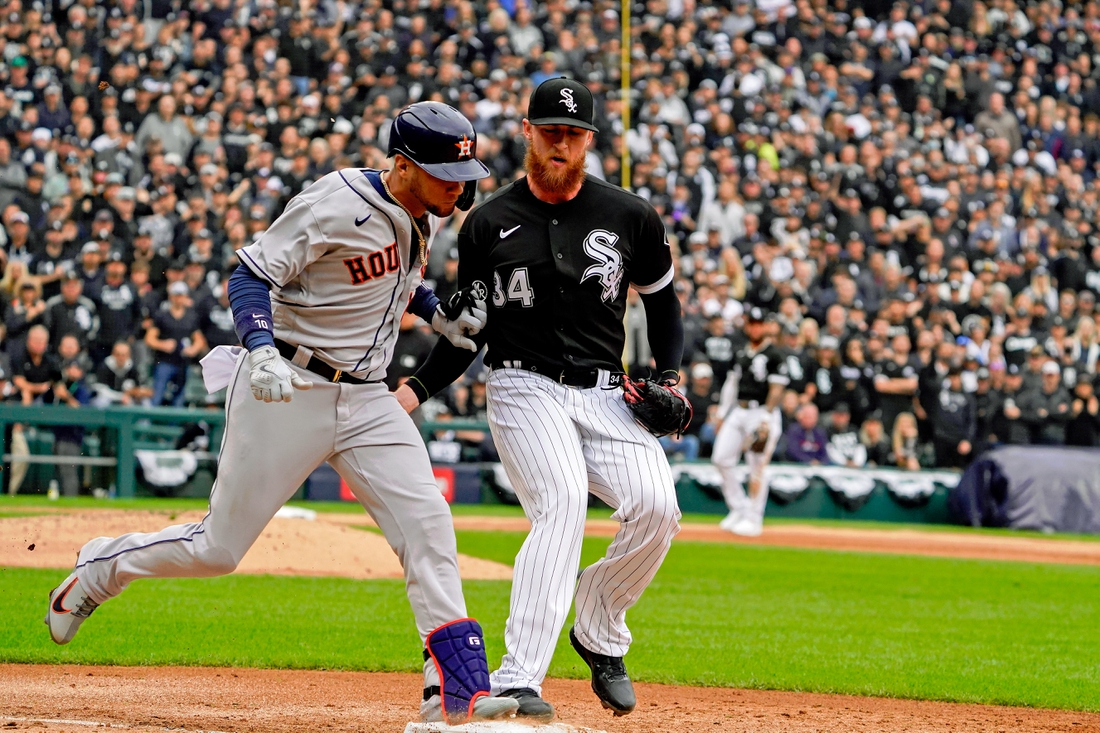 Jose Altuve slugged a three-run homer, Carlos Correa, Alex Bregman and Michael Brantley each drove in two runs, and the Houston Astros booked a spot in the American League Championship Series for the fifth straight season with a 10-1 trouncing of the host Chicago White Sox in Game 4 of the AL Division Series on Tuesday.

Correa delivered a two-run double in the third inning that put the Astros ahead to stay, and Bregman ripped a two-run double one inning later as Houston won the best-of-five series, three games to one. Brantley contributed a pair of one-run singles.

Altuve, who went 3-for-5 and scored four runs, turned the game into a laugher with his blast off White Sox right-hander Liam Hendriks in the ninth. He is tied for fourth in postseason history with 19 homers.

The Astros will face the Boston Red Sox in the ALCS. Houston, which has advanced to the World Series in two of the previous four consecutive trips, lost in five games to the Red Sox in the 2018 ALCS.

Martin Maldonado also had an RBI single. Brantley was 3-for-6, Correa was 2-for-4 and Yuli Gurriel was 2-for-5 as Houston racked up 14 hits.

Gavin Sheets went 2-for-4 with a homer for the White Sox, who haven’t won a postseason series since beating the Astros (then in the National League) in the 2005 World Series.

The Astros loaded the bases in the third inning against Rodon as Altuve was hit by a pitch with one out and Bregman and Yordan Alvarez drew two-out walks. Correa followed by lacing a 0-2 fastball for a two-run double to left to give Houston a 2-1 lead.

Kyle Tucker singled off right-hander Michael Kopech to lead off the fourth and stole second and third. With one out, Maldonado drilled a run-scoring single to center. Altuve followed with a single and Bregman came up later in the inning and slammed a two-run double to left center off left-hander Garrett Crochet to make it 5-1.

Brantley had RBI singles in both the sixth and eight innings as Houston increased its margin to six runs.

Chicago took a 1-0 lead in the second when Sheets hit a one-out homer to center. Houston’s Jake Meyers (left shoulder discomfort) was injured while leaping in an attempt to catch it and departed the game.