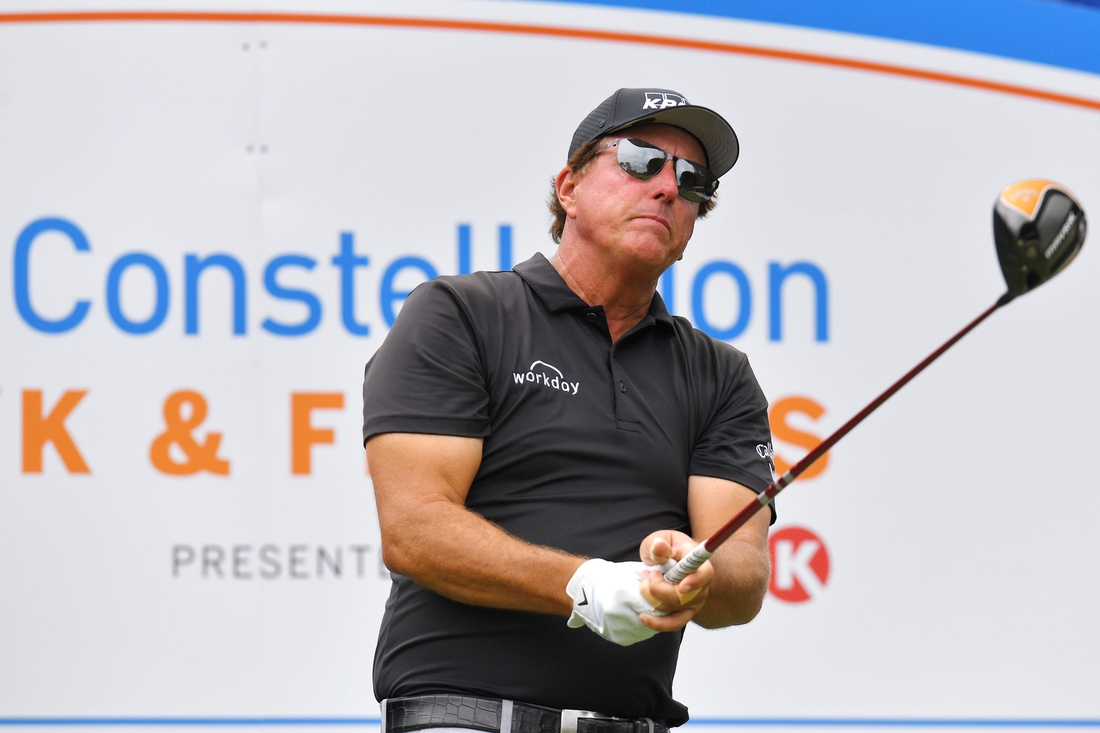 Mickelson carded a 4-under 68 in Jacksonville, Fla., and finished at 15 under, two shots better than Miguel Angel Jimenez of Spain.

Mickelson, 51, opened his roller-coaster final round with three straight birdies before posting a double bogey on the par-4 fifth hole. He added three more birdies on the back nine at the Timuquana Country Club.

“It was a hard-fought battle. I really enjoyed it,” Mickelson said. “I’m enjoying playing out here and I need to work on a few things, like that mistake on No. 5, but I’m having fun doing it.”

Jimenez, who surged into contention with a 65 on Saturday, posted a bogey-free 4-under 68 on Sunday to finish at 13 under.

Jimenez birdied Nos. 13 and 14 to move into a tie with Mickelson, who retook the lead with a birdie at the 15th. Jimenez missed a tying birdie putt at No. 17 and Mickelson birdied the par-4 18th to take title.

“I’ve been playing solid, playing well,” Jimenez said. “… I was close. Then chance for birdie on 17, that’s the game, you know? He’s playing very well.”

John Daly posted the day’s lowest score with a 7-under 65, an eventful round featuring 10 birdies, one bogey and one double bogey. He finished at 3 under, in a tie for 31st.

Furyk founded the tournament to benefit his charity, the Jim & Tabitha Furyk Foundation, and expanded it from a one-day pro-am to a regular tournament for the first time.