MLS: Down a man, Rapids charge back to stun Minnesota 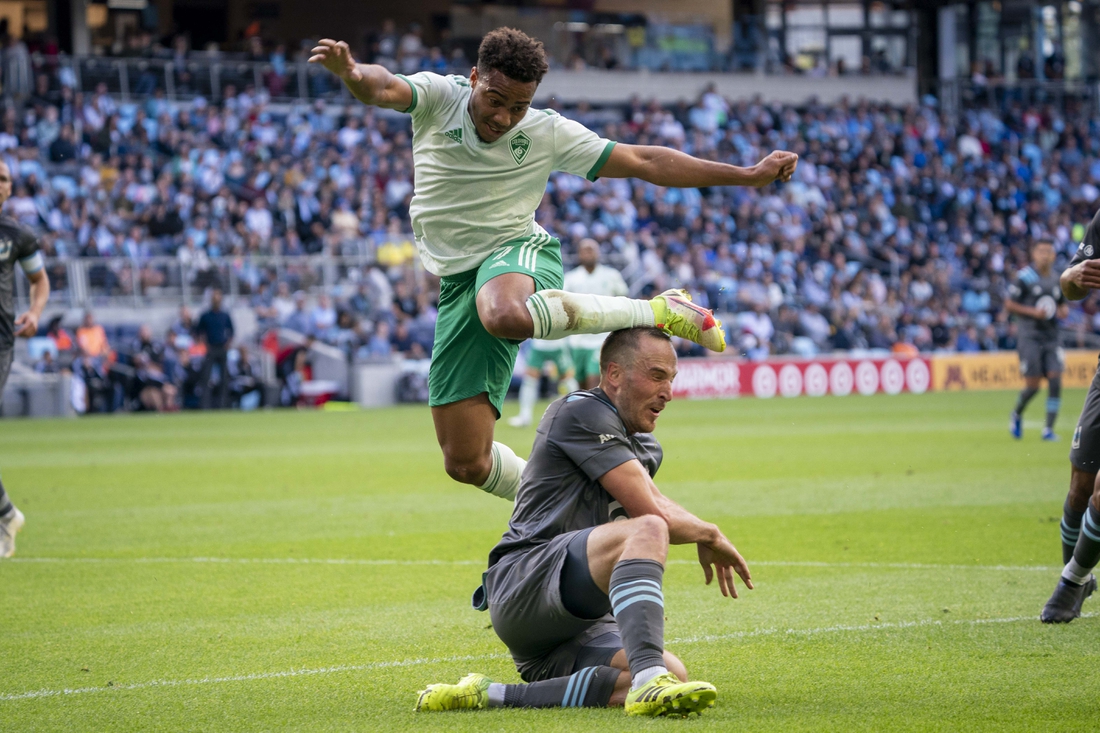 Substitute Michael Barrios scored on the break in the 84th minute after drawing a game-tying penalty kick, and the 10-man Colorado Rapids rallied for a 3-1 victory over host Minnesota United on Sunday afternoon.

Cole Bassett leveled the match from the spot in the 73rd minute after Minnesota goalkeeper Tyler Miller took down Barrios while chasing down a rebound.

Barrios then set up Lucas Esteves’ first MLS goal three minutes into second-half stoppage time as third-place Colorado (14-5-9, 51 points) moved within a point of Kansas City and stayed within six of West leaders Seattle with six matches left to play.

All three Rapids goals came after defender Danny Wilson was sent off in the 57th minute for pulling down Minnesota goal-scorer Adrien Hunou on an obvious opportunity to add a second.

Hunou scored his fifth goal of the year after eight minutes as United missed a chance to move above Real Salt Lake and the LA Galaxy in the West Standings.

Minnesota (10-10-8, 38 points) still holds a one-point edge in the race for the seventh and final West playoff spot after Vancouver’s loss to Seattle on Saturday.

Franco Fragapane added his team-leading eighth assist to help set up Hunou. But there were too many passes and not enough efforts on target for United, who forced Colorado goalkeeper William Yarbrough into only three saves.

Miller had nine stops for Minnesota, but he gave up a sloppy rebound on Jonathan Lewis’ attempt. Barrios was first to it, and Miller was ruled to have taken the attacker down following a video review.

After Bassett converted the penalty, Barrios made it 2-1 on an incisive counter attack. It was Lewis creating the chance again, this time by receiving a throw-in, beating his first defender and then finding Barrios on the run with a perfect cross for a tap-in finish.

With Minnesota pressing forward late, Barrios headed past a charging Miller at midfield to set up Esteves’ finish into an empty goal.