CFL: Elks change QBs ahead of rematch with Blue Bombers 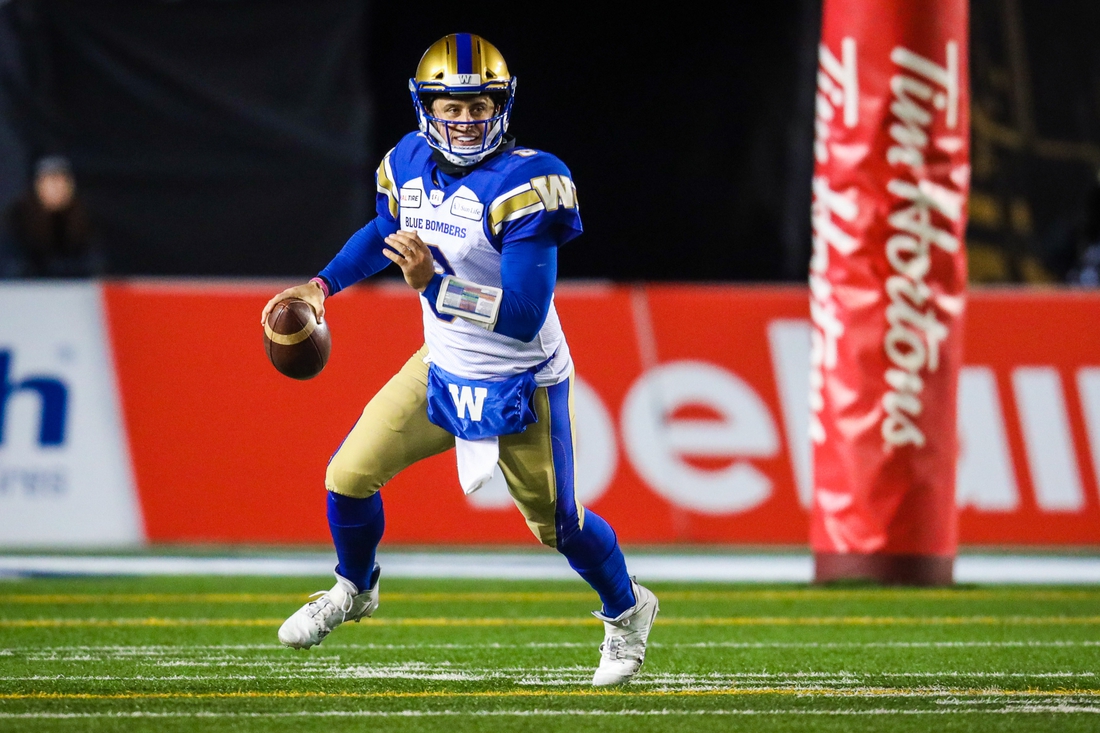 Will the rematch be another mismatch?

That’s the question Friday night when the Winnipeg Blue Bombers start the CFL week with a trip to the Edmonton Elks, seeking another blowout win over their reeling West Division rival.

That’s nothing new for the Winnipeg defense. The Blue Bombers (8-1) have allowed fewer than 10 points six times in nine games, more than making up for occasional inconsistency by the offense.

“Running out of adjectives, but you look at these games, they just keep on going, right?” Blue Bombers coach Mike O’Shea said to the Winnipeg Free Press. “They’re certainly not watching themselves play. They’re just getting out there and playing.”

Last week, the Winnipeg offense got 207 yards and a touchdown in the air from Zach Collaros plus 150 yards and a pair of scores on 24 carries from Andrew Harris. However, the Blue Bombers left plenty of points on the board. There were three missed field goals and a Collaros interception in the end zone.

Not that Edmonton (2-6) could do much with the opportunities it got. Veteran quarterback Trevor Harris was hooked after going 9 of 22 for 87 yards, and Taylor Cornelius was just 6 of 13 for 47 yards with an interception.

Perhaps feeling there was nothing they could do to save the season, the Elks announced earlier this week that Cornelius would start and that Harris was dropped to third string.

“Shoot, this is pro football,” Harris said to the Edmonton Sun. “If you’re not able to produce and do what you should be doing, you shouldn’t be out there. I’ve never walked away from a game where I’ve been embarrassed. This game was embarrassing.”