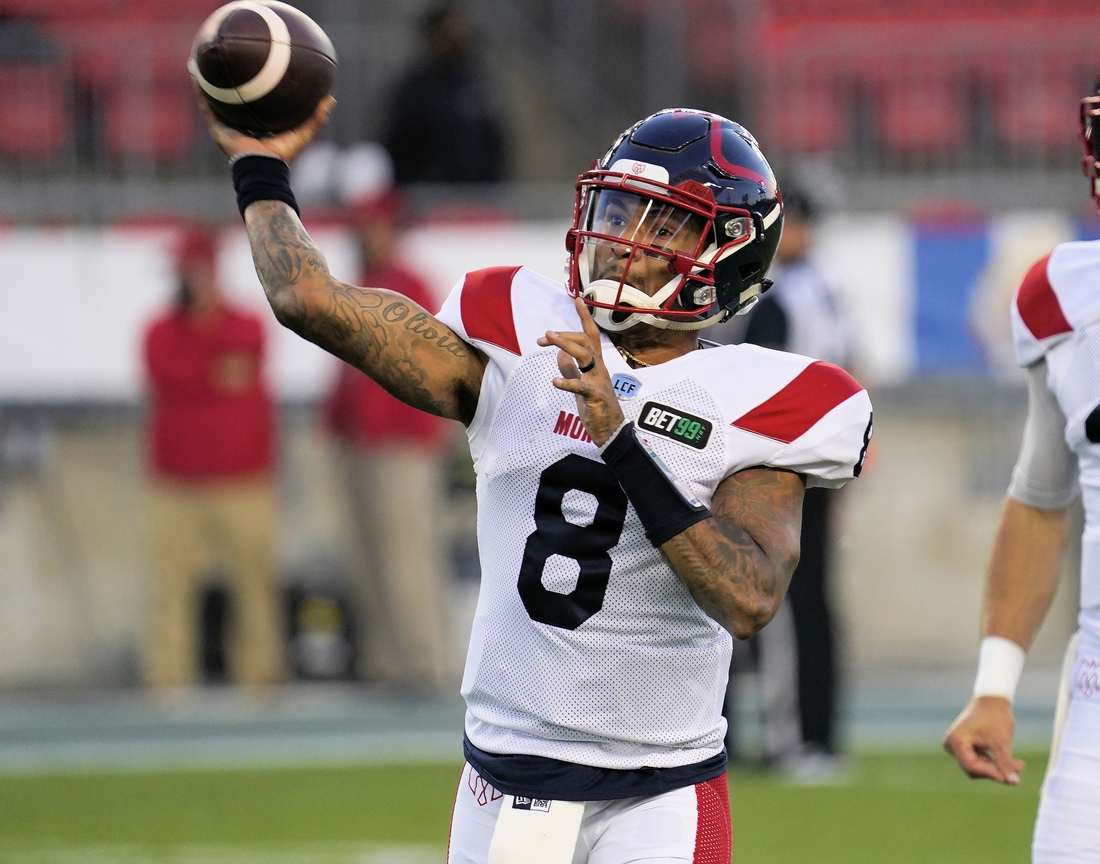 The Montreal Alouettes look to defeat the Ottawa Redblacks for the second time this season when the clubs meet in Montreal on Monday afternoon.

The Alouettes (3-4) erupted for a season-high total in points in a 51-29 victory at Ottawa on Sept. 3. Montreal dropped its next two games before posting a 23-20 overtime win at Hamilton on Oct. 2.

“I still think we’re figuring it out, our identity,” Alouettes coach Khari Jones said, per the Montreal Gazette. “You hope you find it a little earlier. This is an interesting season for that. You’re trying to make sure you have all the pieces in place in the right way. I feel like we’re getting there. We’ll see as we go along.”

Vernon Adams Jr. threw for two touchdowns against the Tiger-Cats and doubled that total in the first contest versus the Redblacks. His 13 touchdown passes are tied with Winnipeg’s Zach Collaros for tops in the CFL, but six of Adams’ eight interceptions have come in the last three games.

Jake Wieneke reeled in two of his league-best six touchdown receptions in the first contest against Ottawa.

Montreal’s William Stanback, who rushed for 112 yards in that game, leads the CFL with 677 yards.

The Redblacks (2-6) were unsuccessful in their bid for consecutive wins thanks to their 35-16 setback to Toronto on Wednesday.

Caleb Evans threw for 334 yards and rushed for a team-best 54 yards against the Argonauts.

Ottawa may see a boost to its running game with De’Lance Turner receiving first-team reps during Friday’s practice. Turner previously played with the Baltimore Ravens and Miami Dolphins of the NFL.

The teams meet again on Saturday in Ottawa.