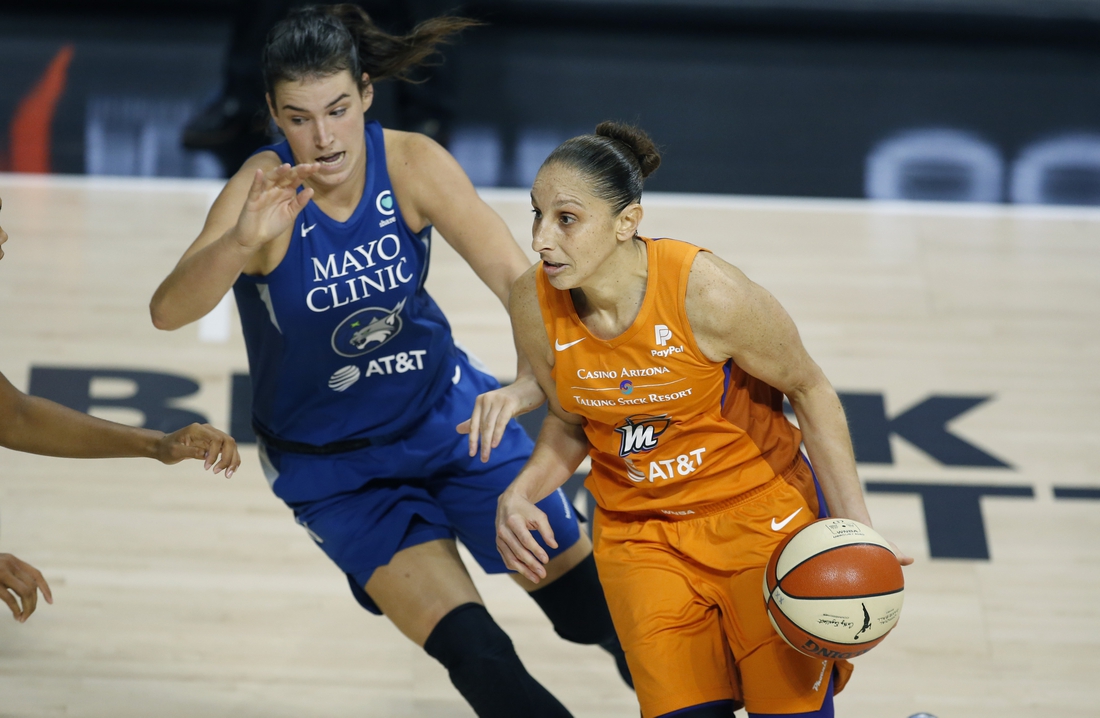 Despite playing on a bad ankle at age 39, the leading scorer in league history scored the most points she had ever scored in a playoff game (37). That helped the Phoenix Mercury defeat the host Las Vegas Aces 117-91 and even their best-of-five semifinal series 1-1. Game 3 is Sunday afternoon in Tempe, Ariz.

“I’ve seen many great games from Diana, but none as big as this one in the situation where she hasn’t been able to train and is not 100 percent,” eighth-year Mercury coach Sandy Brondello said. “It’s fun to watch.”

Taurasi made 10 of 13 field goals, including eight of 11 3-pointers, and accumulated her point total in a mere 27 minutes.

“As you get older, that’s when you’ve really got to lock in and lean on your experiences you’ve had in this league for a long time,” Taurasi said. “When you have games like this you just enjoy them and you feel a lot better when you come out with a win.”

Fifth-seeded Phoenix set a WNBA playoff record by scoring 68 first-half points as it took a 16-point halftime lead. It finished with a league record for points in a regulation playoff game, surpassing its own record of 113.

“We really can’t do that anymore,” Aces forward A’ja Wilson said of the slow starts.

Vegas had six scorers in double figures and shot 52.2 percent, but couldn’t keep up with Taurasi and her teammates.

“We weren’t locked in,” Wilson said. “We didn’t approach it like it was playoff game. We approached it like it was a regular-season game, and you just can’t do that against a good Phoenix Mercury team that has all those weapons.”