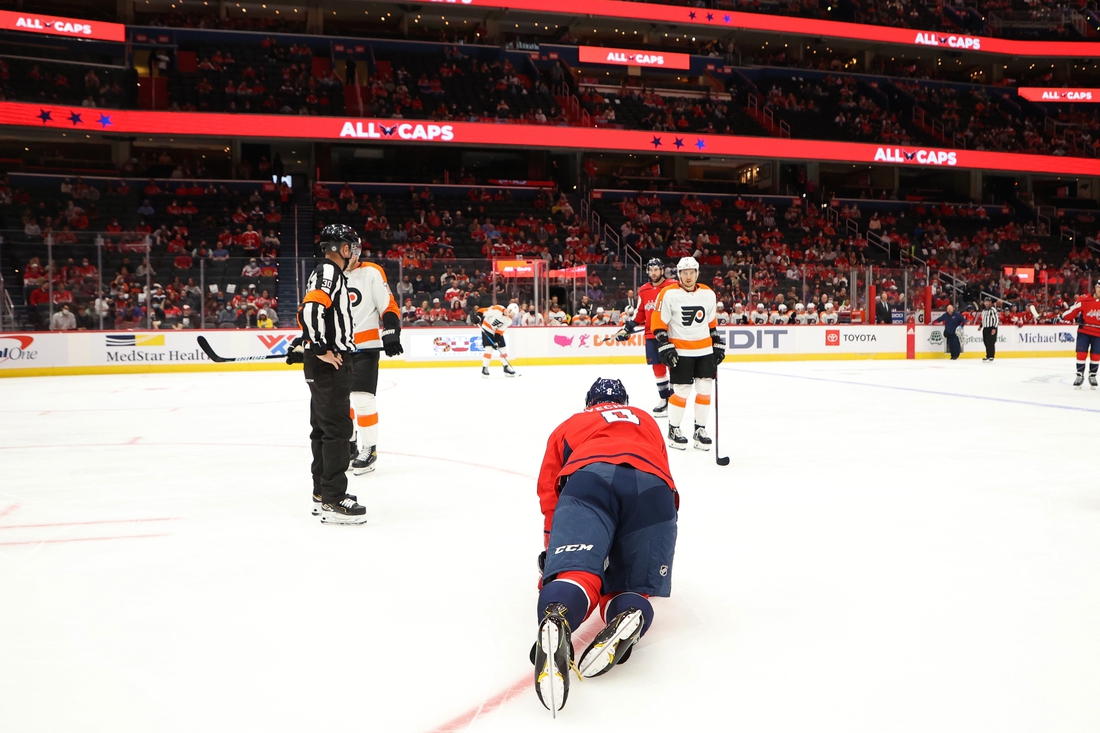 All of the arenas will have fans again. Even with an Olympic break in the middle of the campaign, the NHL will be back to a normal season when it kicks off with a pair of games on Tuesday following a pair of COVID-19-shortened seasons.

Even “normal” in the hockey world comes with a variety of questions and all kinds of surprises.

What developments come down the road remain to be seen. But questions abound before the two-time defending champion Tampa Bay Lightning hoist their banner ahead of facing the Pittsburgh Penguins and the Seattle Kraken play their inaugural game in Vegas against their expansion cousins, the Golden Knights.

Here are the five questions and storylines that elevate intrigue before the pucks drop to begin the NHL regular season Tuesday:

–Can the Lightning three-peat?

The last franchise to win back-to-back-to-back Stanley Cup championships was the New York Islanders, who reached that feat four consecutive years from 1980-83.

The Lightning have a legitimate chance to join a very prestigious club, despite having experienced their share of turnover since hoisting the trophy. The main losses are all three parts of their third line: Yanni Gourde (Seattle), Blake Coleman (Calgary) and Barclay Goodrow (New York Rangers) as well as fourth liner Tyler Johnson (Chicago) and depth defenseman David Savard (Montreal).

To reload the forward ranks, the Lightning added a pair of veteran forwards in Corey Perry and Pierre-Edouard Bellemare with relatively low-price contracts, along with a bevy of young players who have excelled in the minors, among them Ross Colton, Taylor Raddysh and Mathieu Joseph, pushing for a spot.

Adding to the fun is the much-improved Florida Panthers and the rivalry that will elevate following their first-round playoff meeting a few months ago.

–What is the encore for the Montreal Canadiens?

Staying with the 2021 Stanley Cup Final, the runners-up from Montreal saw even more turnover than the champions following their surprising run.

On top of captain Shea Weber missing this whole season due to a variety of injuries, which may also spell the end of his career, the Canadiens will start without star goalie Carey Price, who has entered the player assistance program and will miss a month. They also watched forwards Phillip Danault, Jesperi Kotkaniemi, Perry and Tomas Tatar bolt via free agency.

Does that mean the Canadiens will become the latest team that followed up a surprise run by plummeting down the standings? It’s very possible. After all, the Habs barely made the playoffs last season before delivering upset-special series wins over the Toronto Maple Leafs, Winnipeg Jets and Golden Knights.

To reload, the Habs acquired Savard from Tampa Bay and a slew of forwards in Mike Hoffman, Christian Dvorak, Cedric Paquette and Mathieu Perreault.

The Golden Knights, Colorado Avalanche, New York Islanders, Carolina Hurricanes and Toronto Maple Leafs have all gone into the last couple of playoff tournaments with big expectations only to fall well short.

In the Islanders’ case, they’ve been twice bumped by the Lightning in the semifinal.

All of those teams are reaching a critical point. With the league’s salary cap always a factor, the window to win closes surprisingly quickly.

A handful of other clubs appear on the verge of breaking into the upper echelon — such as the Panthers, Rangers and Edmonton Oilers — but that first group of teams all know their season will be judged by what happens in the playoffs.

–How much do Ovechkin and Crosby have left?

Speaking of teams whose Stanley Cup window appears to be closing, the Washington Capitals and Pittsburgh Penguins are at a crossroads.

Alex Ovechkin and the Capitals, who won the 2018 championship, are a team very much battling Father Time.

With Nicklas Backstrom already on the shelf indefinitely due to a hip injury, the news in Washington took a turn for the worse when Ovechkin suffered an injury in the final preseason game and is questionable for the season opener.

Meanwhile, the Penguins, who have made the playoffs 15 consecutive seasons during which they’ve won a trio of Cup titles, will start without Evgeni Malkin, expected to miss the first two months due to knee surgery. Crosby is out at least a week due to a wrist injury.

Ovechkin’s chase for Wayne Gretzky’s goal-scoring record of 894 (Ovechkin has tallied 730 times) will be a story going forward, and maybe the lone as both teams try to stay competitive while heading toward a much-needed rebuild.

–How will the Jack Eichel saga end?

Eichel will almost certainly be traded from the Buffalo Sabres at some point and the former captain’s much needed neck surgery also necessary.

It’s bad enough the constantly rebuilding Sabres have become embroiled in such an absurd controversy with their best player, but the return on any trade — even for one as talented as Eichel — will almost assuredly be a disappointment for a fan base that deserves better than what they’ve been put through for a decade.

A similar situation is taking place in St. Louis with the oft-injured but very talented Vladimir Tarasenko, but at least he’s with the team despite a trade request. That situation is likely to be solved much in the same way as Patrik Laine’s with the Winnipeg Jets last season.