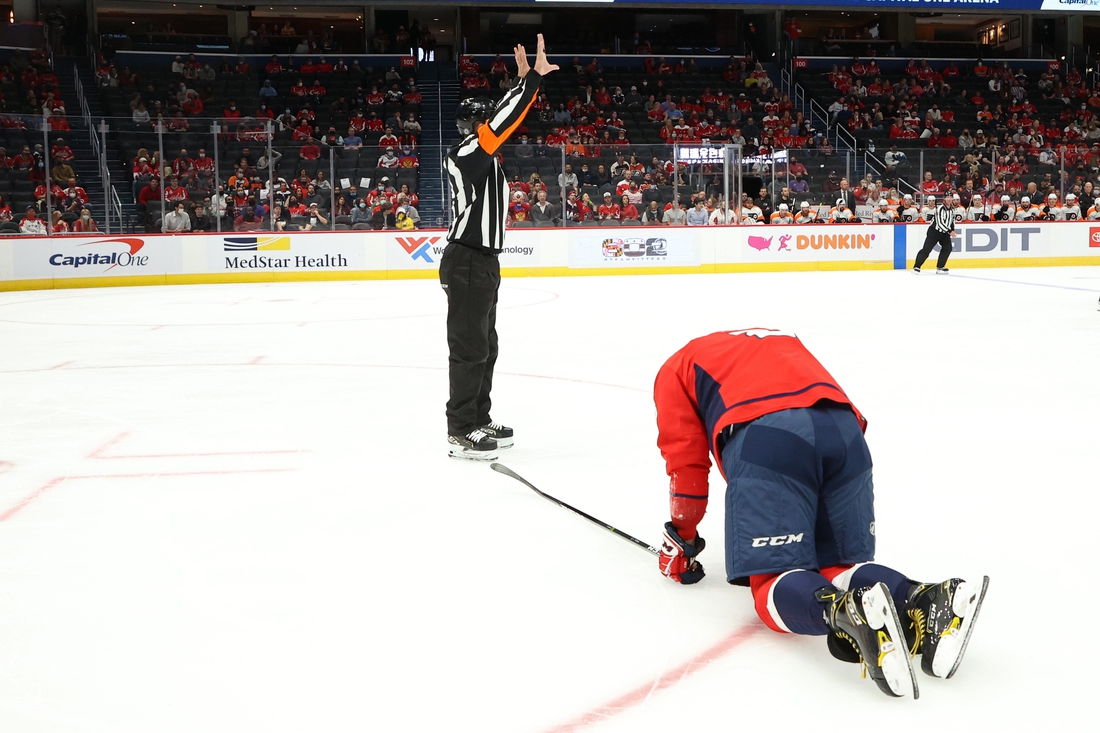 The status of Washington Capitals star forward Alex Ovechkin will be firmed up in the hours leading up to Wednesday night’s season opener against the visiting New York Rangers.

Ovechkin, 36, is dealing with a lower-body injury, according to the club.

Ovechkin was injured during last Friday’s preseason game against the Philadelphia Flyers. He collided with Philadelphia’s Travis Konecny and was noticeably ailing while skating off the ice.

“It was just a little collision. Nothing serious,” Ovechkin told reporters. “We’ll see how it goes.”

Ovechkin, who signed a five-year, $47.5 million contract extension in the offseason, is the franchise leader in games played (1,197), goals (730) and points (1,320) since being selected by Washington with the top overall pick in the 2004 NHL Draft. He was named the Conn Smythe Trophy recipient during the Capitals’ run to the Stanley Cup title in 2018.

Ovechkin collected 42 points (team-leading 24 goals, 18 assists) in 45 games in 2020-21 while competing in the final season of a 13-year, $124 million contract he signed in 2008. He sits one goal shy of tying Hall of Famer Marcel Dionne for fifth place in NHL history.