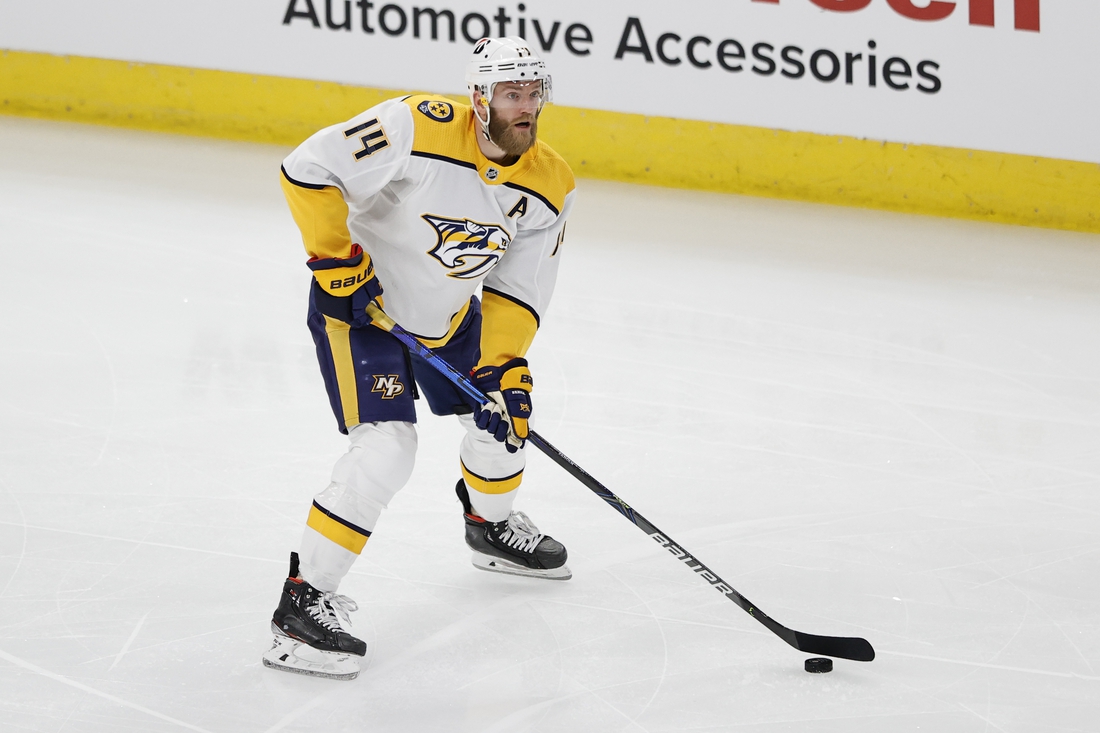 Ekholm would have been an unrestricted free agent after this season. The 31-year-old Swede was set to play out the final season of a six-year, $22.5 million contract he signed on Oct. 26, 2015.

“Staying with this organization and in this city was a priority for me and my family, and I’m so excited to be able to sign this contract,” Ekholm said. “Nashville is home for us — it’s where we want to be. I believe in the future of this team and I’m looking forward to the chance at competing for the Stanley Cup here in the next five seasons.”

“When you think about foundational pieces on our hockey team, Mattias Ekholm is certainly at the top of the list, and we couldn’t be happier to get this deal done with the start of the regular season upon us,” Nashville general manager David Poile said. “An alternate captain who leads both vocally and by example, Mattias brings stability and size (6-foot-4, 215 pounds) to our defense corps and has embraced serving as a mentor to the younger players on our team.

“We have a group of young, right-shot defensemen that includes Alexandre Carrier, Philippe Myers, Dante Fabbro and Matt Benning who all have the opportunity to learn from and play with Mattias on the side opposite him, and we’re excited about the stability that will provide us on the blue line.”