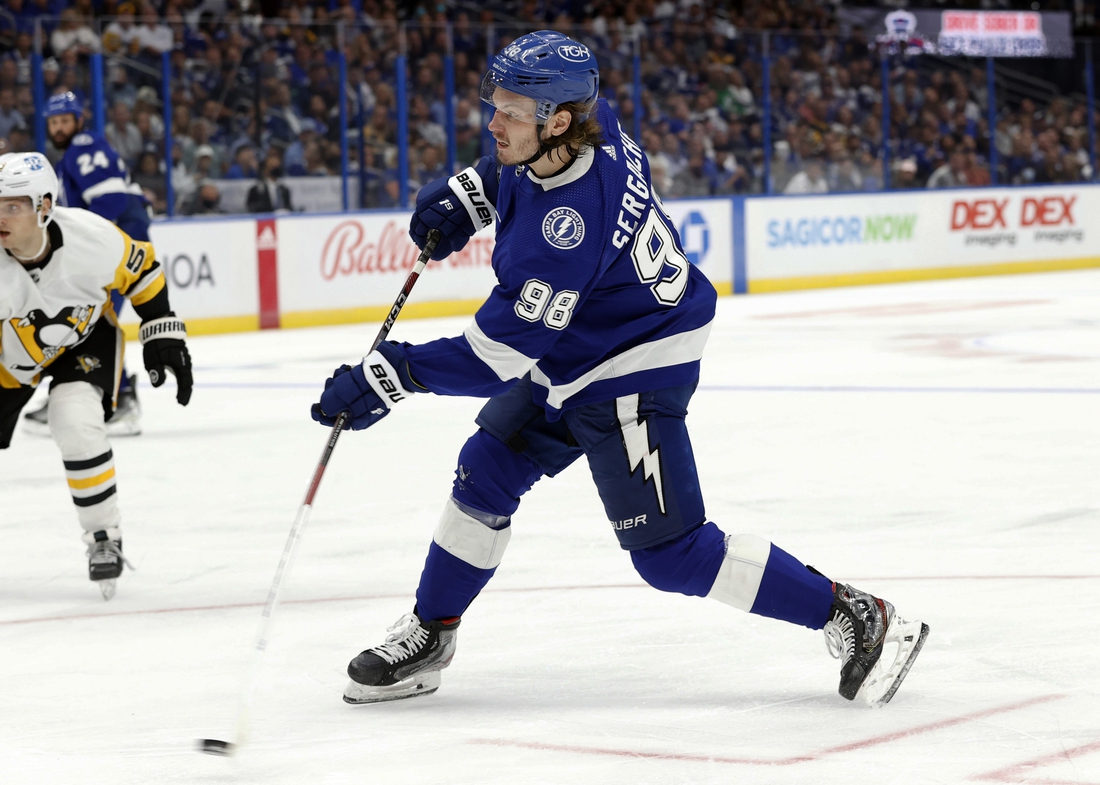 The start of the Tampa Bay Lightning’s drive for a three-peat was a dud, as team captain Steve Stamkos put it.

They’ll look for a quick turnaround when they visit Detroit in the Red Wings’ season opener on Thursday.

Tampa Bay’s banner-raising celebration on Tuesday was marred by a 6-2 loss to Pittsburgh. It hadn’t lost a season opener since the 2013-14 season.

Pittsburgh scored the first three goals of the game, then tacked on three empty-netters in the late going.

“We tried to find answers and we couldn’t,” Lightning head coach Jon Cooper said. “It was like we were stuck in mud the whole night. It was tough because I really haven’t seen that out of us in a long time. It’s going to happen, but in Game 1 is not really when you’re expecting it to happen.”

Unlike last season, a capacity crowd witnessed the Lightning raise the Stanley Cup banner. Stamkos believes the team may have gotten caught up in the moment, as the Penguins played aggressively and consistently beat them in puck battles.

“They outworked us,” Stamkos said. “We were chasing the puck all night. You’ve got to give them credit. Hopefully, that’s just a little bit of a wake-up call for our group that you’ve got to go out and execute. We had success the last two years for a reason. We didn’t show that (Tuesday) to have success.”

The Wings made a number of roster moves during the summer as they seek their first winning season in six years. Their biggest upgrade may come from within.

Detroit finished last season with a 19-27-10 record. This season, 2019 first-round pick Moritz Seider will be a regular presence on the defensive line.

“He’s got a confidence and moxie to him, he’s got a competitiveness to him,” coach Jeff Blashill said. “Those are all really good qualities. He’s got to learn as he goes. Learn how to use his assets to the best of his ability, when to move a puck, when to jump in the play, when to use his poise, when to take a chance, when not to. That’s the thing about young defensemen — no matter how talented you are, you have to learn.”

The back line has also been fortified by a trade with the New York Islanders for veteran Nick Leddy.

Pius Suter was signed as a free agent to boost the center spot. He notched 14 goals and 27 points in 55 games with Chicago last season.

Another trade, this time with Carolina, brought in young goaltender Alex Nedeljkovic. He performed well as a rookie last season, racking up a 15-5-3 record, 1.90 goals-against average and .932 save percentage. He’ll split time with holdover Thomas Greiss.

The Wings don’t play a road game until Oct. 23.

“We get a great start from the schedule, four games in a row at home,” center Dylan Larkin said. “It’s a huge month and every game is so big for us. We as a group don’t want to continue the trend that’s been going on here. We’re going to write our own history.”