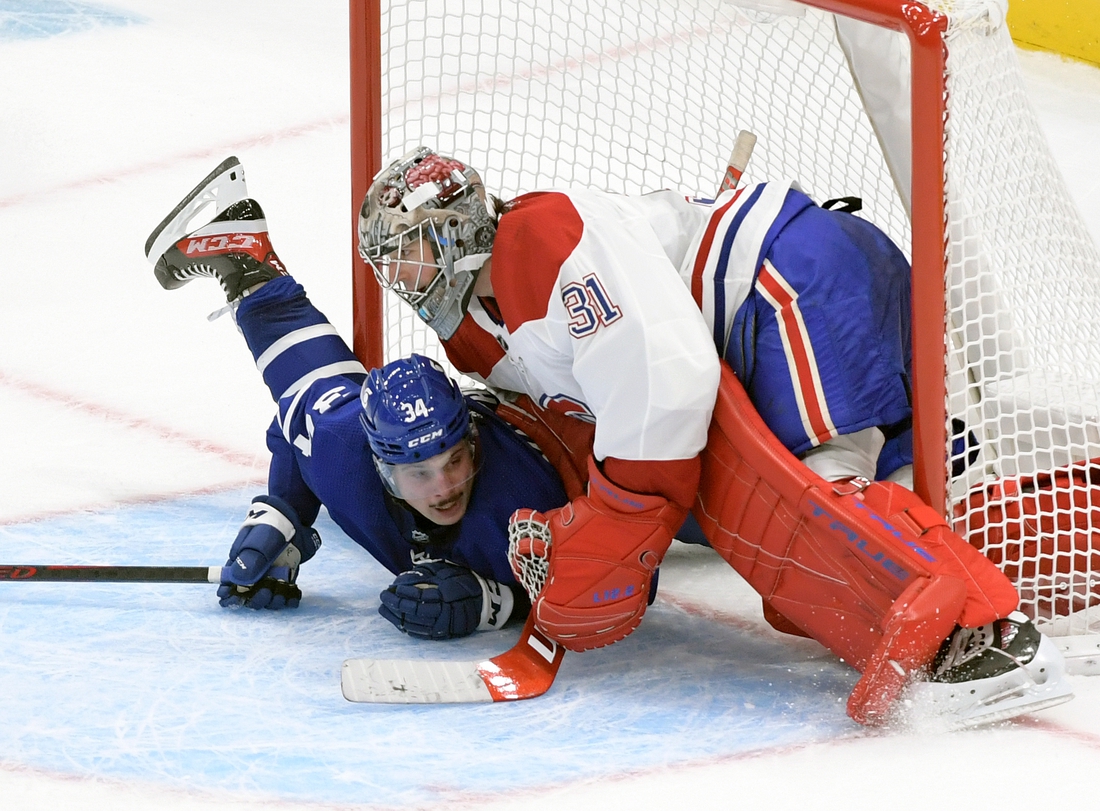 The Montreal Canadiens and the Toronto Maple Leafs both will be without their top players Wednesday night when they open the NHL regular season in Toronto.

The Canadiens will be without their brilliant goaltender Carey Price, who entered the player assistance program voluntarily and will be absent from the team for at least 30 days.

“You look at him as kind of this Superman and it’s really unfair to put that on him just because he’s a good hockey player,” Canadiens right winger Brendan Gallagher said. “But he does so many things right. He handled every situation he’s dealt with in this city, from the outside noise and the performances that he’s been able to put on the ice considering what he’s been going through. You appreciate it just that much more.”

Jake Allen will replace Price as Montreal’s starting goaltender, while Jack Campbell will start in goal Wednesday for Toronto.

Toronto will be without center Auston Matthews, who is expected to miss the first three games of the season as he recovers from wrist surgery.

“We’re taking it day by day and lots can change, but as of right now this week is probably out of the question,” said Matthews, who led the NHL with 41 goals last season despite missing four games with a wrist injury. “But you never know what could happen.”

The Maple Leafs are still smarting from their first-round playoff series loss to the Canadiens last season after squandering a 3 games-to-1 lead in the series.

“It was pretty miserable,” Maple Leafs captain John Tavares said. “Disappointing. Hard to take. It’s going to leave some type of scar given the expectations we created for ourselves. I think for us, it’s also somewhat of an opportunity to learn and reflect. Now there’s a lot of work ahead of us to get to where we want to get to.”

Toronto was the top seed in the North Division while Montreal was No. 4, yet it was the Canadiens who got on a post-season run all the way to the Stanley Cup Finals, where they lost to the Tampa Bay Lightning in five games.

The Maple Leafs will be without right winger Ilya Mikheyev for a minimum of eight weeks after he suffered a broken thumb that will required surgery in the preseason finale Saturday against the Ottawa Senators.

In another twist, the Maple Leafs lost center Adam Brooks on waivers to the Canadiens on Monday.

With Matthews out, Tavares will be the opening-night center between Nick Ritchie and Mitch Marner; Mikheyev’s absence will provide an opportunity for Michael Amadio, who will make his Maple Leafs debut on the fourth line with Jason Spezza and Wayne Simmonds.

Canadiens defenseman and team captain Shea Weber is out for the season with foot, ankle and knee injuries.

The Canadiens will also open the season without defenseman Joel Edmundson (undisclosed injury) and center Mike Hoffman (lower body injury), who are both expected to return in the next two weeks.

Paul Byron, a key penalty killer, is not expected to return from offseason hip surgery until late December.

The Canadiens announced Tuesday that they have agreed to terms with center Nick Suzuki on an eight-year, $63-million contract extension.