NHL: After strong seasons, Islanders and Hurricanes meet in opener 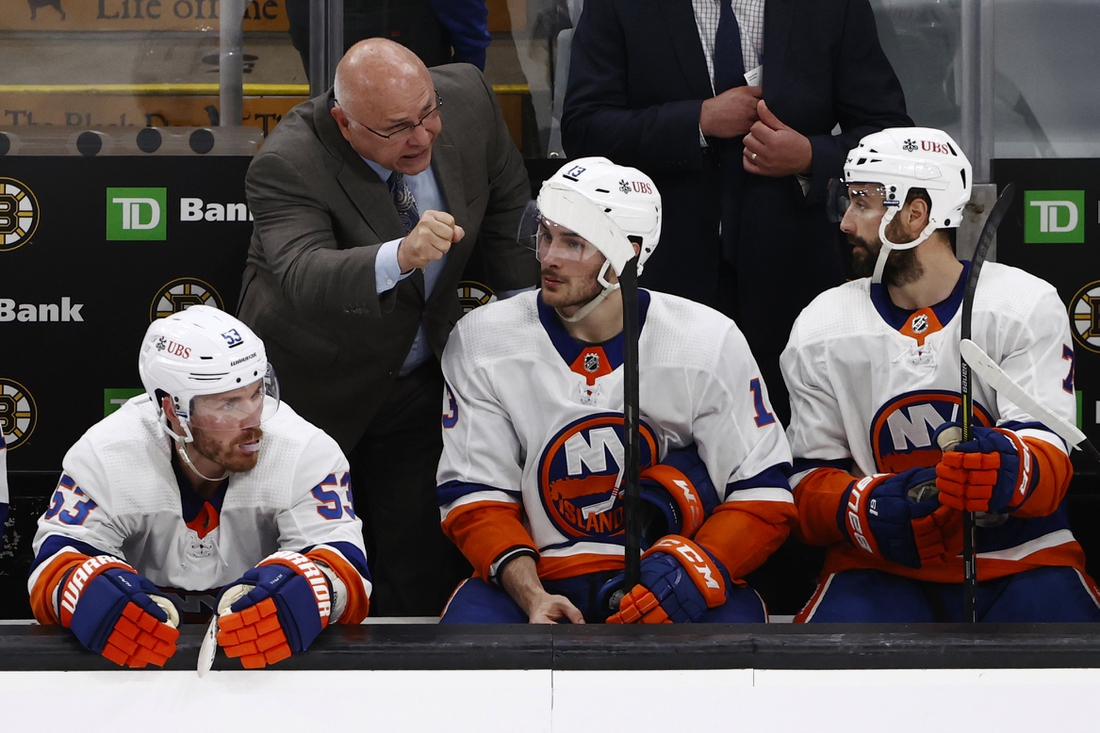 The New York Islanders and Carolina Hurricanes racked up notable credentials last season, so they head into the new season aiming for more success.

They’ll get a chance to find out right away how they stack up.

“You probably need to be more excited,” Hurricanes coach Rod Brind’Amour said. “But as a coach, you’re always a little apprehensive.”

The Islanders are eager to get started as well, though this is the beginning of a different type of journey. The team will start with 13 consecutive road games in advance of moving into a new home arena.

The Islanders reached the conference finals last season before falling to the eventual champion Tampa Bay Lightning. The Hurricanes dropped out of the postseason in the second round, also eliminated by the Lightning.

The motivation to do better now is there for both teams, and the path begins this week.

“You have to get to that next level,” Islanders coach Barry Trotz said. “They recognize that. We’ve got to take that next step if we can.”

The Islanders have been dubbed as a potential contender based on a strong unit of returning players along with roster enhancements. They’ve added left winger Zach Parise, who has 393 goals in 1,060 career games across 16 NHL seasons.

“I think it’s business as usual,” Trotz said, accepting the heightened expectations. “People are going to expect you to do well. If we don’t get off to a good start, there are going to be questions.”

The Islanders also will begin the season with Zdeno Chara, a 44-year-old defenseman, on the roster.

These teams didn’t meet last season because of the pandemic-related schedule and division configuration. They’re back together as members of the Metropolitan Division.

The Hurricanes won last season’s Central Division regular season. Brind’Amour was voted the league’s top coach, yet there has been shuffling on the roster.

Carolina’s new goaltenders include Frederik Andersen and Antti Raanta. They’ll have some different combinations in front of them.

“We’ll find out. There’s going to be a learning curve for sure,” Brind’Amour said. “I’m hopeful that the work that these guys have put in will mask any little mistakes.”

Much of the core among Carolina skaters remain on the roster with captain Jordan Staal, forwards Sebastian Aho, Teuvo Teravainen, Andrei Svechnikov and Martin Necas, and defensemen Jaccob Slavin and Brett Pesce. Center Vincent Trocheck, one of the team’s top producers last season, came off injured reserve after missing most of the preseason.

Still, there’s the potential to have as many as eight newcomers in the Carolina lineup. A full training camp was a blessing.

“It has helped because we have so many new faces,” Brind’Amour said. “At the end of the day, you’re going to learn from playing the game.”

Islanders forward Matt Martin is dealing with an ankle injury that might prevent him from playing this week.

“He’s progressing rapidly, but he needs a little bit more time, so I doubt he’d be in (the lineup) Thursday night,” Trotz said.

Not be confused with the Carolina standout forward, the Islanders also have a Sebastian Aho on the roster. He’s a defenseman.

Carolina finished 20-3-5 at home last season. The Hurricanes will be on the road for three games after their season opener.