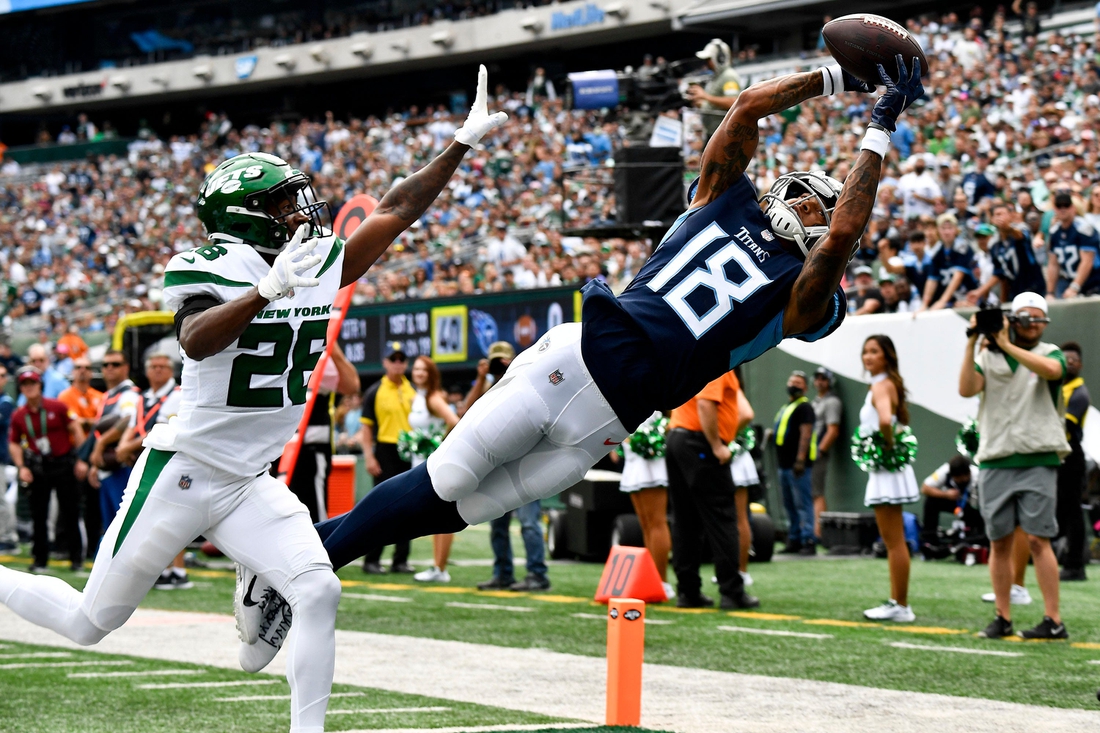 Rookie quarterback Zach Wilson passed for 297 yards and two touchdowns as the New York Jets went overtime to pull off their first victory of the season by rallying to defeat the Tennessee Titans 27-24 on Sunday at East Rutherford, N.J.

The Jets (1-3) nearly won the game on their opening possession of OT by getting to the Tennessee 1-yard line before Matt Ammendola kicked a 22-yard field goal. The Titans (2-2) could have tied the game with 19 seconds remaining in OT but Randy Bullock missed a 49-yard field goal.

Wilson, the No. 2 overall selection in the most recent NFL Draft, entered with seven interceptions and had been sacked 15 times in three games before going 21 of 34 in the air and connecting on two fourth-quarter TD passes.

The Titans (2-2) managed to force overtime with no timeouts remaining on an 11-play, 74-yard drive that started with 2:09 left on the clock. Ryan Tannehill connected on a 2-yard TD pass to Cameron Baston with 16 seconds remaining to tie it at 24-24.

Jamison Crowder had seven receptions for 61 yards for the Jets, while Corey Davis had four receptions for 111 yards. Jets running back Michael Carter had 13 carries for 38 yards and a touchdown.

Tannehill was 30 of 49 for 298 yards with one touchdown, while Derrick Henry had 157 yards rushing on 33 carries for the Titans. It was Henry’s third consecutive game of at least 113 yards rushing.

The Jets took their first lead of the season when Ammendola made a 27-yard field goal with 22 seconds remaining in the third quarter to take a 10-9 advantage.

The Titans came right back with a six-play 75-yard drive capped by a Henry 1-yard touchdown and a 2-point conversion for a 17-10 lead.

Wilson got the Jets’ offense rolling from there, putting together a four-play, 77-yard drive to tie the game at 17 on a 3-yard TD pass to Jamison Crowder with 11:30 remaining.

The Jets’ defense followed with a three-and-out and Wilson needed just one play to deliver. He scrambled to his right before hitting Davis on a 53-yard pass while on the run for a 24-17 lead with 9:16 remaining.

The Titans took a 9-0 lead on three Bullock field goals in the first half. The Jets broke through for their first touchdown in their last three games in the second quarter on a 2-yard score from Carter.