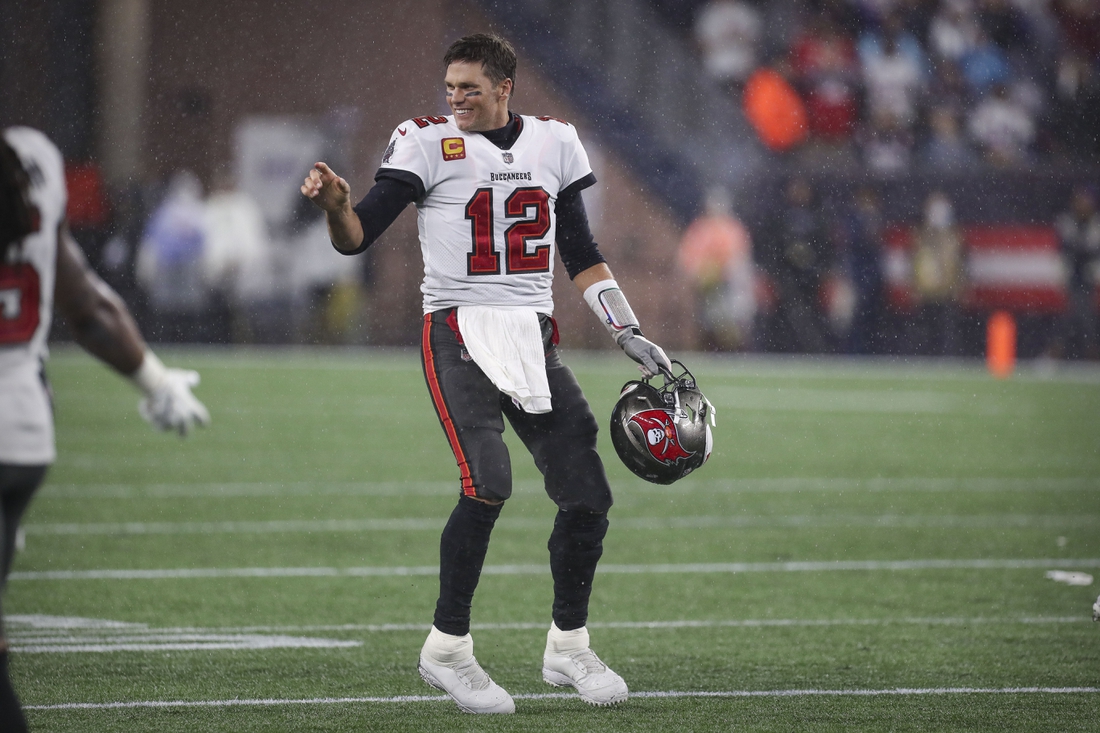 Tom Brady placed the New England Patriots in the rearview mirror and now eyes a team he has repeatedly terrorized in his career when the Tampa Bay Buccaneers host the Miami Dolphins on Sunday.

The 44-year-old Brady has accounted for 70 touchdowns (67 passing, three rushing) in 35 contests against the Dolphins. He has tossed at least two scoring passes in each of the past four meetings.

Brady regularly saw the Dolphins (1-3) during his 20 seasons with the Patriots with both teams in the AFC East.

Tampa Bay (3-1) is tied with the Carolina Panthers for first place in the NFC South, but Brady feels the club has room to improve.

“We’ve got a lot to accomplish this year,” Brady said. “It’s a tough, challenging year. It’s a marathon of a season. It’s only four games in. There is a lot of football to be played.”

Brady won his seventh Super Bowl ring last season in his first season with the Buccaneers. His shot at another ring may depend on the defensive backfield.

Tampa Bay was in such dire need at cornerback that it signed veteran Richard Sherman last week and started him against the Patriots.

But the situation continues to be dicey as standout cornerback Carlton Davis (quadriceps) was injured against New England and placed on injured reserve on Thursday. In addition, cornerback Sean Murphy-Bunting (dislocated elbow) is on IR due to his Week 1 injury.

Also on the list of ailing secondary members are cornerback Jamel Dean (knee) and safety Antoine Winfield Jr. (concussion). Dean is limited in practice while Winfield missed sessions on Wednesday and Thursday.

Sherman surprisingly played 58 snaps against New England and had seven tackles and a fumble recovery.

“Him being out there instantly makes our team better,” Buccaneers outside linebacker Shaq Barrett said. “And for him to come out there and play 58 out of 59 snaps is crazy and the way he held it down was amazing.”

The Dolphins have dropped three straight games and have been outscored by an average of 16 points during the skid. They fell 27-17 to the visiting Indianapolis Colts last Sunday.

Jacoby Brissett is the quarterback with second-year pro Tua Tagovailoa (ribs) sidelined. Brissett has passed for 583 yards, two touchdowns and one interception, but the offense hasn’t gotten untracked.

Dolphins coach Brian Flores is aware the attack needs to improve but decided against making major changes — at least for now.

“I like the system we have in place,” Flores said. “Obviously we haven’t had the success we want, the production that we’re looking for. I like our process during the week. I like our preparation. We’ve had some good plans going in. We just haven’t been able to execute. We’re not getting the results we want.”

Brissett spent the 2016 season and two training camps in the Patriots’ quarterback room with Brady, and paid close attention to how the future Hall of Famer went about his business.

“Everything that he brought to being a quarterback and setting a standard of being a quarterback,” the 28-year-old Brissett said of what stuck out. “I think just watching that so young in my career, it’s just something that you try to emulate in your own fashion. I think he was very beneficial and still is.”

Earlier this week, Miami placed receiver Will Fuller (hand) on injured reserve. Meanwhile, cornerback Byron Jones (quadriceps/Achilles) was limited in practice Thursday after sitting out on Wednesday. He was injured against Indianapolis.