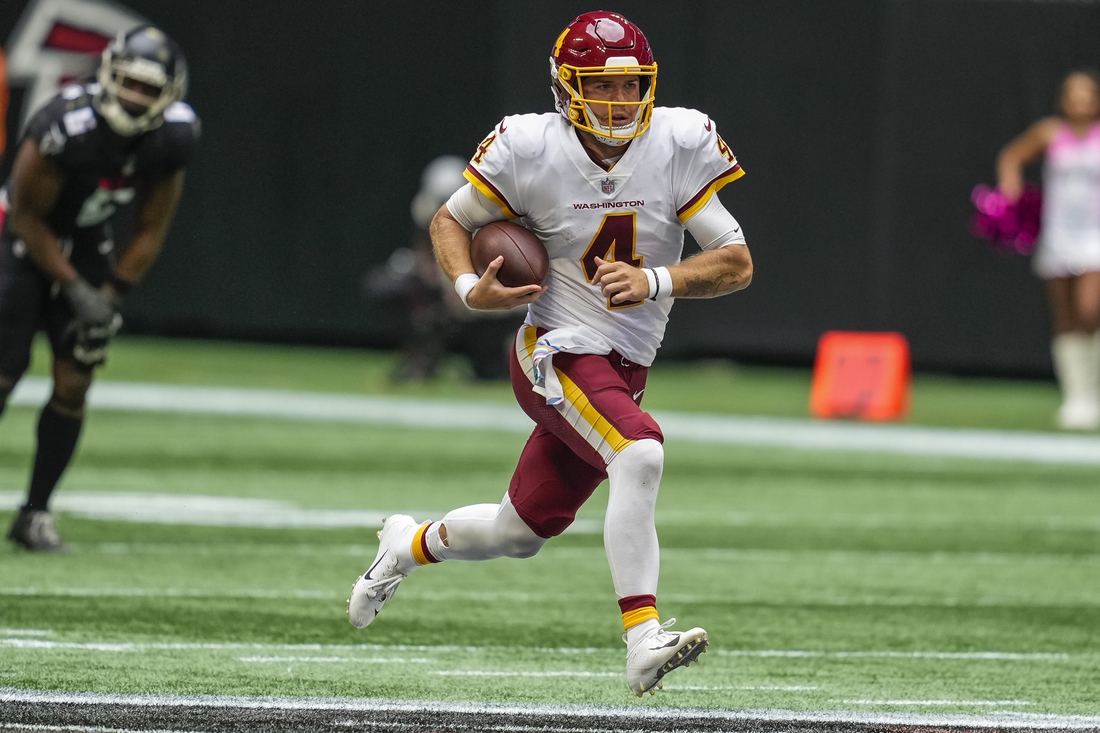 Taylor Heinicke’s 30-yard touchdown pass to J.D. McKissic with 33 seconds remaining lifted the visiting Washington Football Team to a 34-30 victory against the Atlanta Falcons on Sunday.

Washington took over on its own 24 with 1:47 remaining. Heinicke got near midfield with a 24-yard pass to DeAndre Carter and found Adam Humphries for a 19-yard gain to the Atlanta 33.

On third-and-7, Heinicke rolled left and threw a short pass to the right to McKissic, who ran 30 yards down the sideline and successfully dove for the pylon.

Ryan was 25-of-42 passing for 283 yards and four touchdowns. Cordarrelle Patterson had five catches for 82 yards and a career-high three touchdowns for Atlanta (1-3).

Washington pulled within 30-28 with 3:52 remaining when Heinicke broke a tackle and lofted a pass into the end zone that McLaurin came down with for 23-yard touchdown, but the two-point conversion pass was incomplete.

Trailing 3-0 in the second quarter, Washington gambled on fourth-and-1 from the Atlanta 36 but didn’t make it. Four plays later Ryan found Patterson behind the defense for a 42-yard touchdown pass.

Washington responded by driving 77 yards in seven plays. On third-and-8 from the Atlanta 33, Heinicke found McLaurin down the left side for a touchdown and the Falcons’ lead was cut to 10-7.

After the Falcons punted, Washington drove again. Heinicke scrambled 20 yards to set up a first-and-goal and Antonio Gibson punched it in from the 2. The kick failed and Washington led 13-10.

Ryan engineered a perfect two-minute drill and capped it with a 12-yard pass to Patterson for 17-13 lead at the half.

The lead barely survived halftime as Carter took the second half kick a yard deep and raced up the middle 101 yards for a touchdown.

Patterson then used his height advantage to make a back-shoulder catch in the end zone to complete a 14-yard score that put Atlanta ahead 23-19 after the two-point conversion failed.

After a questionable roughing-the-passer penalty against Chase Young on fourth down gave the Falcons new life at the Washington 27, Ryan later hit Mike Davis, who broke four tackles for a 7-yard touchdown to increase the lead to 30-22 with 14:52 remaining.