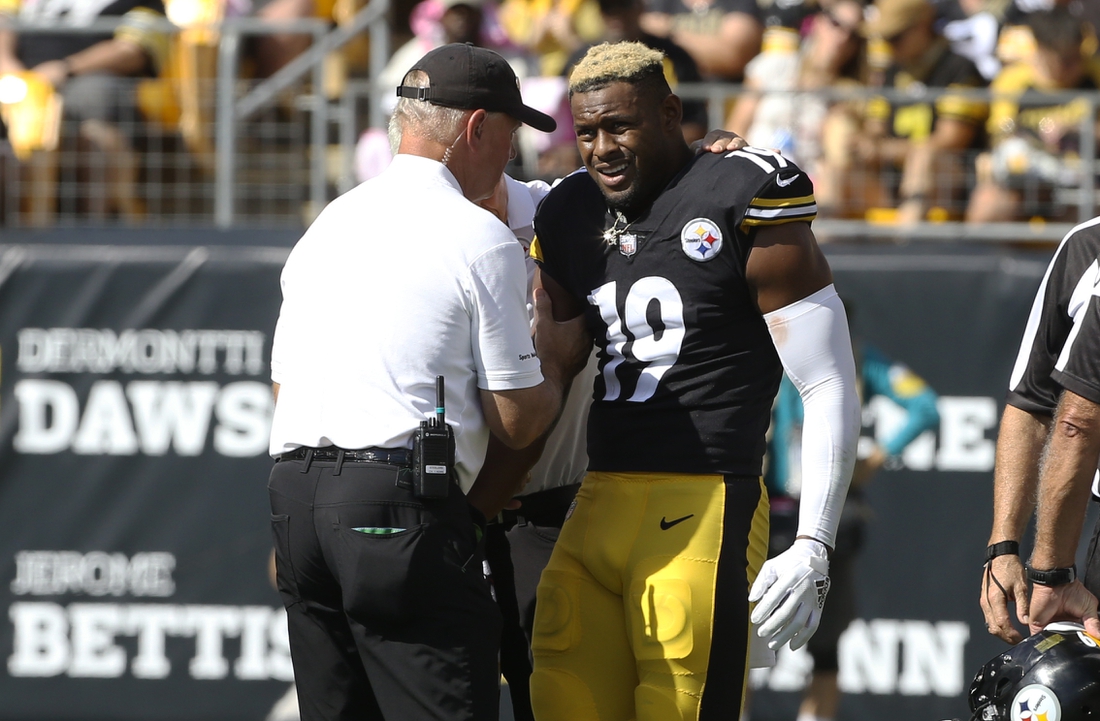 An MRI exam following Sunday’s 27-19 victory against the visiting Denver Broncos determined that he had a dislocated shoulder, which often results in a labral tear, per the report.

Contrary to an earlier report from NFL Network, Smith-Schuster did not have the surgery Sunday night.

Clarification: #Steelers WR JuJu Smith-Schuster is having surgery, source said, but the surgery has not happened yet. It will, but it hasn’t yet. The decision to have surgery came last night. His status remains the same, as he is expected to miss the season. https://t.co/H3vwleS6fF

On the first play of a Pittsburgh drive in the second quarter, Smith-Schuster rushed around the left end for 3 yards before being tackled by Broncos safety Kareem Jackson.

Jackson’s helmet struck Smith-Schuster’s right arm and the fifth-year wideout appeared to be in serious pain as he was helped to the locker room.

Smith-Schuster, 24, finished with two carries for 6 yards and zero catches on one target. For the season, he has 15 receptions for 129 yards and no touchdowns in five games.