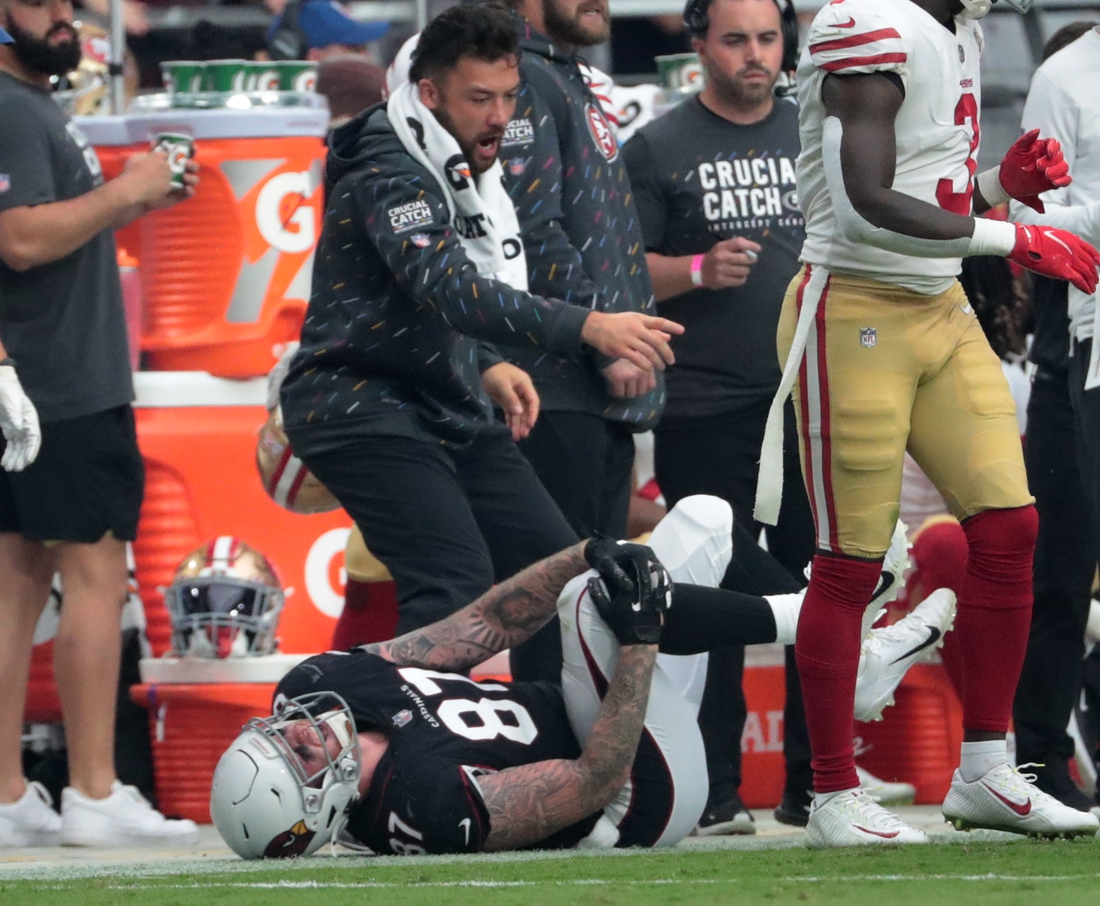 The Arizona Cardinals fear that starting tight end Maxx Williams has suffered a serious knee injury and will be out for the rest of the season, NFL Network reported Monday.

Williams suffered the injury in the first half of Sunday’s win over visiting San Francisco. He caught a pass for a 14-yard gain with 2:41 left until halftime and was injured on the tackle. His knee appeared to buckle. It was Williams’ only catch of the game.

He was carted off the field and did not return.

On the season, Williams has 16 catches for 193 yards and a touchdown in five games, all starts. He’s in his third season in Arizona after four seasons in Baltimore. He has 102 career receptions for 994 yards and six TDs in 72 games (44 starts).

Darrell Daniels is next in line on the depth chart, but he missed Sunday’s game after testing positive for COVID-19. Demetrius Harris is third.