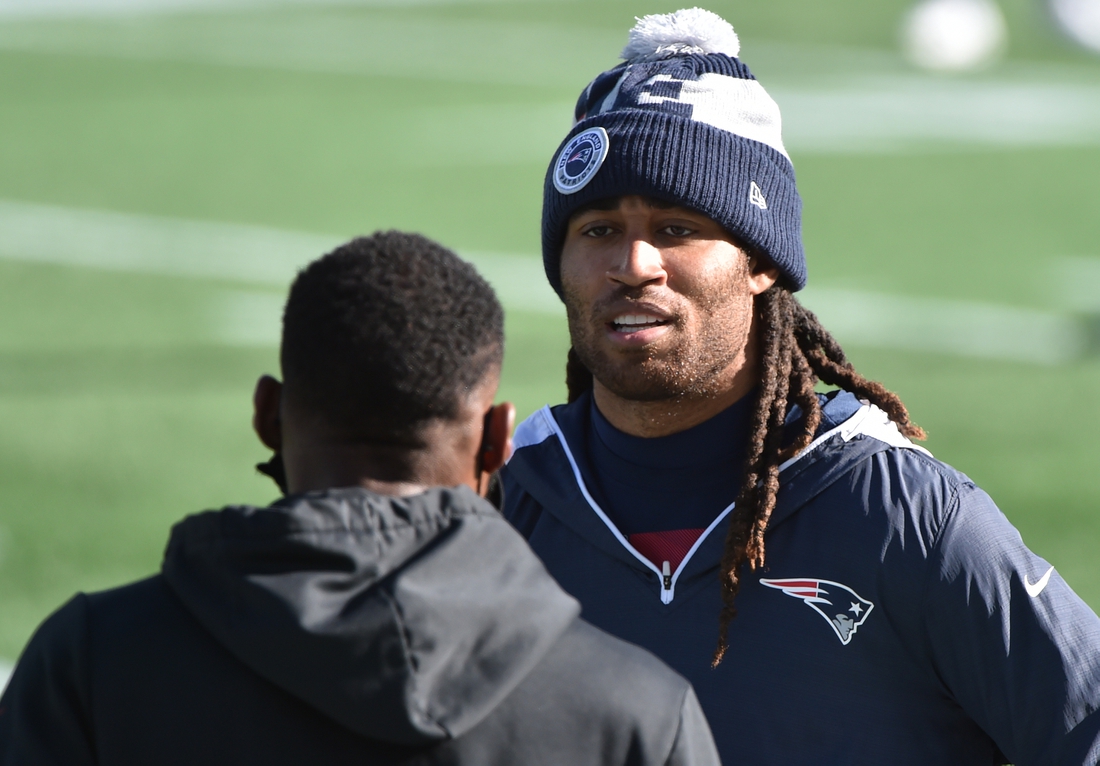 The New England Patriots traded All-Pro cornerback Stephon Gilmore to the Carolina Panthers on Wednesday in exchange for a 2023 sixth-round draft pick.

In a move to bolster the defense, they also signed linebacker Jamie Collins, his agent, David Carter, confirmed. This will be Collins’ third stint with the Patriots. Contract terms were not announced.

Gilmore’s departure gives the Patriots the salary cap space needed to sign Collins and ends an acrimonious time between the two sides.

Shortly after the Patriots issued a statement saying the team and Gilmore had “agreed to part ways,” the Panthers confirmed that they had acquired the 31-year-old veteran in a trade.

Gilmore is a native of Rock Hill, S.C., located about 30 miles from the Panthers’ home in Charlotte, N.C. He still lives in the area.

Before the trade was announced, Gilmore addressed his departure from the Patriots in a tweet Wednesday morning.

“We enjoyed so much success together and you have been an incredible inspiration for my individual achievements,” Gilmore wrote to Patriots fans before continuing with his gratitude for the Patriots. “… To Mr. (owner Robert) Kraft, the coaches, and the organization thank you for providing me with this platform and allowing me to be part of greatness. Most of all I want to thank my teammates who lined up next to me every Sunday with one goal in mind.

“Those moments on and off the field will never be forgotten.”

The 2019 NFL Defensive Player of the Year, Gilmore has been on the physically unable to perform list this season as he recovers from surgery for a torn quad in December. He is eligible to return for Week 7 action.

“I am grateful to Stephon Gilmore for his significant contributions to our team,” Belichick said in a statement issued by the team. “It was a privilege and pleasure to coach Steph. I appreciate him for the true professional and class act that he is and wish him all the best in the future. Following discussions over a long period of time, we mutually agreed to part ways today.”

A four-time Pro Bowl selection, Gilmore was in the final season of a five-year, $65 million deal signed with the Patriots in 2017. He had made it clear to the Patriots that he wanted to be among the highest-paid cornerbacks in the NFL but the two sides were unable to agree on a restructured deal.

Byron Jones of the Miami Dolphins is the top-paid cornerback at $16.1 million, according to Spotrac.

Gilmore spent the first five seasons of his career with the Buffalo Bills, who selected him No. 10 overall in the 2012 NFL Draft. In 124 career games (122 starts), he has 411 tackles, one sack, six forced fumbles and three fumble recoveries. He has intercepted 25 passes and returned them for 452 yards, including two touchdowns.

He won one Super Bowl with the Patriots, highlighted by an interception of a Jared Goff pass late in the game when the Patriots defeated the Los Angeles Rams 13-3 in Super Bowl LIII.

J.C. Jackson and Jalen Mills have been starting at cornerback this season for New England.

The Panthers’ secondary has been hit hard by injuries this fall. First-round rookie cornerback Jaycee Horn is out for the long term with a broken foot and safety Juston Burris is on IR with a groin injury.

As for Collins, the 31-year-old linebacker was released by the Detroit Lions last week. He was the Patriots’ second-round draft pick in 2013 out of Southern Mississippi, and he helped New England win the Super Bowl after the 2014 season, then received his lone Pro Bowl selection in 2015.

He was dealt to the Browns during the 2016 season and remained in Cleveland through 2018.

Collins was back in New England for the 2019 season. He was with the Lions last year, starting 14 games, and this year, starting twice. Detroit coach Dan Campbell admitted that the club attempted to trade him but couldn’t find a taker before releasing him.

The Patriots are off to a 1-3 start after a 19-17 loss Sunday night to the Tampa Bay Buccaneers.